Marine accused of urinating on Taliban bodies will face court-martial 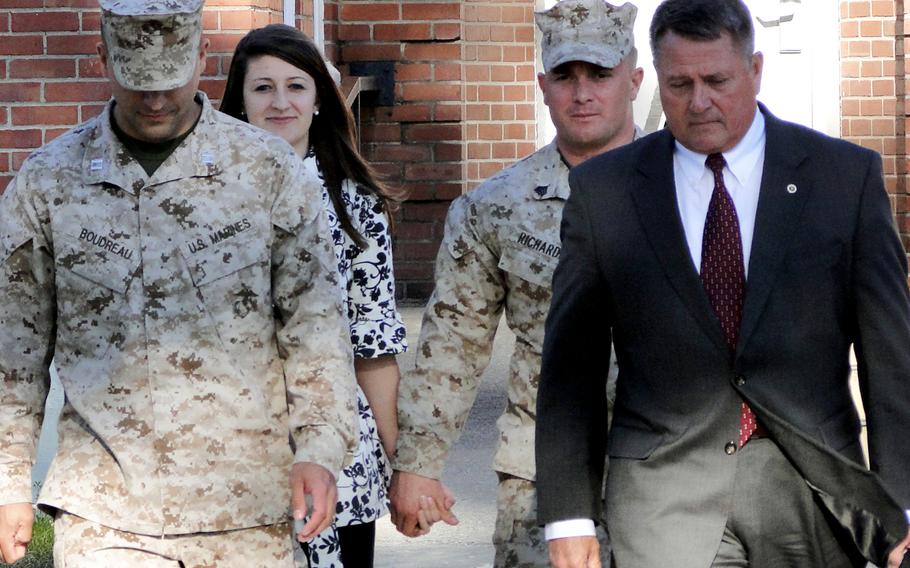 WASHINGTON — A Marine accused of urinating on the bodies of dead Taliban fighters will be tried by special court-martial, a spokesman said.

Sgt. Robert Richards, 27, is charged with dereliction of duty, violating a general order and conduct prejudicial to good order and discipline. He underwent an Article 32 hearing on the charges in March and is one of four Marines in a video of the July 2011 incident that was posted on YouTube in 2012.

Another Marine, Capt. James V. Clement, also faced an Article 32 hearing recently, though no reporters were informed about the hearing. Clement and three other Marines took the stand.

Clement was the executive officer for Kilo Company, 3rd Battalion, 2nd Marine Regiment. He is not pictured in the video, but is charged with dereliction of duty, violation of a lawful general order, making false statements to an investigator, and conduct unbecoming an officer and a gentleman for failing to supervise junior Marines, failing to stop the misconduct of junior Marines and failing to report misconduct.