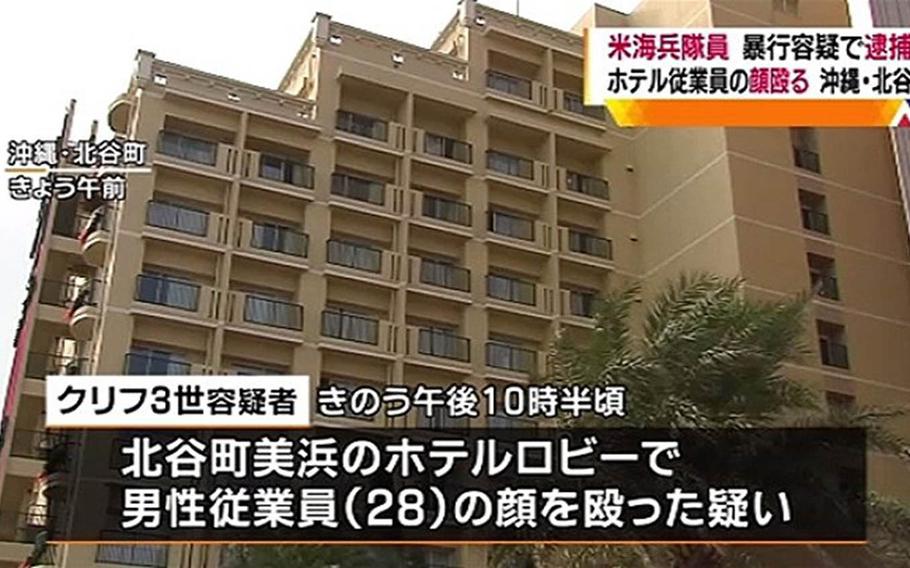 This screenshot from Japanese broadcaster TBS shows a hotel where a U.S. Marine was arrested after being accused of punching an employee, Saturday, Jan. 27, 2018. (Screenshot from TBS)

CAMP FOSTER, Okinawa — An Okinawa-based Marine was arrested over the weekend after allegedly assaulting a worker at an off-base hotel.

Sgt. James Cliffe III, 28, of Marine Corps Air Station Futenma, is suspected of punching the employee in the face at about 10:35 p.m. Saturday inside a hotel in the Mihama area of Chatan, an Okinawa Prefectural Police spokesman said.

The worker was not injured in the altercation, according to Japanese broadcaster TBS.

The assault happened after staff attempted to call police when Cliffe — who was not a registered guest at the hotel — refused to leave the premises after being asked to do so, according to a report in the Asahi newspaper.

Police said Cliffe was intoxicated at the time and doesn’t remember the incident.

Charges have yet to be filed. That decision will be up to the local prosecutor’s office.

Marine officials could not be reached for comment Monday evening. 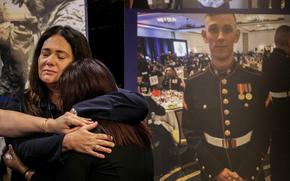