Marine accused of Hawaii slaying of prostitute to be arraigned 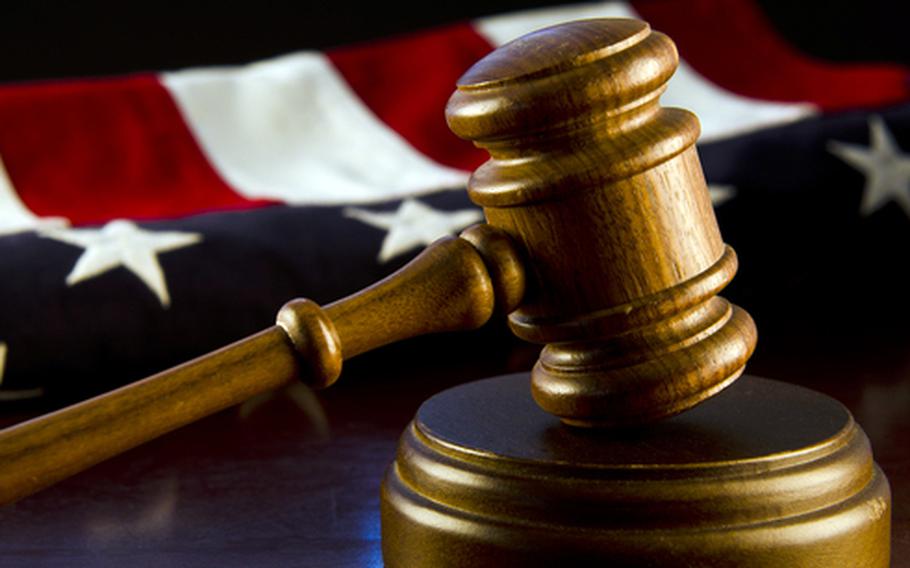 A Marine charged with killing a prostitute in Hawaii will be arraigned Wednesday at Marine Corps Base Hawaii, Marine Corps officials said.

Master Sgt. Nathaniel Cosby, 38, of Jefferson, Ala., has been accused of killing Ivanice “Ivy” Harris, a 28-year-old Las Vegas woman whose body was discovered May 20 near Yokohama Bay on the Leeward Coast.

Cosby, an Iwakuni Marine on temporary assignment with the Joint POW/MIA Accounting Command at the time, was detained June 5 at Honolulu International Airport. He was released by police without charges pending test results and was confined to base.

The military then took over the investigation, and Cosby was held in the Pearl Harbor Brig awaiting an Article 32 hearing to see if there was enough evidence to convene a court martial.

At the hearing, officials said Cosby was seen in surveillance video meeting Harris in Waikiki and kissing her in a hotel elevator on the last day she was seen alive, according to The Honolulu Star-Advertiser. He was also seen carrying a roller suitcase to his sport utility vehicle the morning of the slaying, and a cellphone tower picked up his phone’s signal near where Harris’ body was found.

Police think he killed Harris, scouted a dump site, went to work — sporting a fresh cut over his eye — then dumped the body. Cosby is charged with murder, obstruction of justice and patronizing a prostitute.