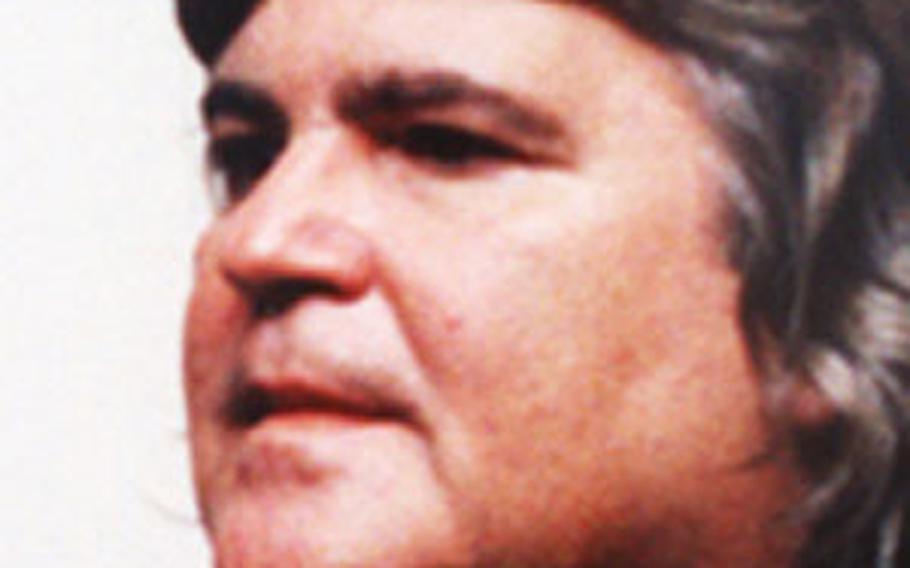 Romanian rock star Teofil Peter, who was killed in an auto accident in Bucharest last December. ()

QUANTICO MARINE BASE, Va. &#8212; A Marine accused of killing a Romanian rock star in an auto accident in Bucharest last December is also facing charges of adultery, according to Marine Corps prosecutors.

The adultery charge emerged during the first day of an Article 32 hearing for Staff Sgt. Christopher R. VanGoethem, 32, a former commander of the Marine security detachment at the U.S. Embassy in Bucharest, Romania.

The Article 32 hearing is best compared to a civilian grand jury hearing.

VanGoethem is facing charges that stem from an accident that killed 50-year-old Teofil Peter, veteran producer and bassist for the rock band Compact, on Dec. 4. VanGoethem was allegedly driving an embassy vehicle that collided with a taxi at an intersection in the Romanian capital, killing Peter.

After completing some administrative requirements, the investigating officer for the case, Lt. Col. Stewart Couch, opened the hearing Monday by reading the charges against VanGoethem.

In addition to negligent homicide and reckless driving charges, VanGoethem is accused of committing adultery with Ilse Wentworth, the daughter of Mark Wentworth, a public affairs official at the embassy.

VanGoethem is also charged with two counts of &#8220;solicitation to commit offense&#8221; because he allegedly asked Wentworth to delete all e-mails from him, and not to tell anyone about the relationship.

Special Agent James Loftstrom of the Naples, Italy, branch of the Naval Criminal Investigation Service, shed some light on the last two charges later that morning.

Loftstrom testified that VanGoethem, who is married, allegedly left the embassy Christmas party with Ilse Wentworth.

The couple stopped briefly at a bar, Coyote Ugly, and then went to VanGoethem&#8217;s residence, Loftstrom said.

The accident with Teofil Peter occurred after VanGoethem dropped Wentworth back at her father&#8217;s home, Loftstrom said.

However, Loftstrom said, VanGoethem told a different story of the night&#8217;s happenings at first, and it wasn&#8217;t until the NCIS investigator interviewed Wentworth that they learned of the version above. VanGoethem was also charged with an Article 111, being drunk and disorderly on March 1, 2004, and an Article 92, wrongfully using a government computer to view pornography.