MARFOREUR chief of staff wrapping up a distinguished career 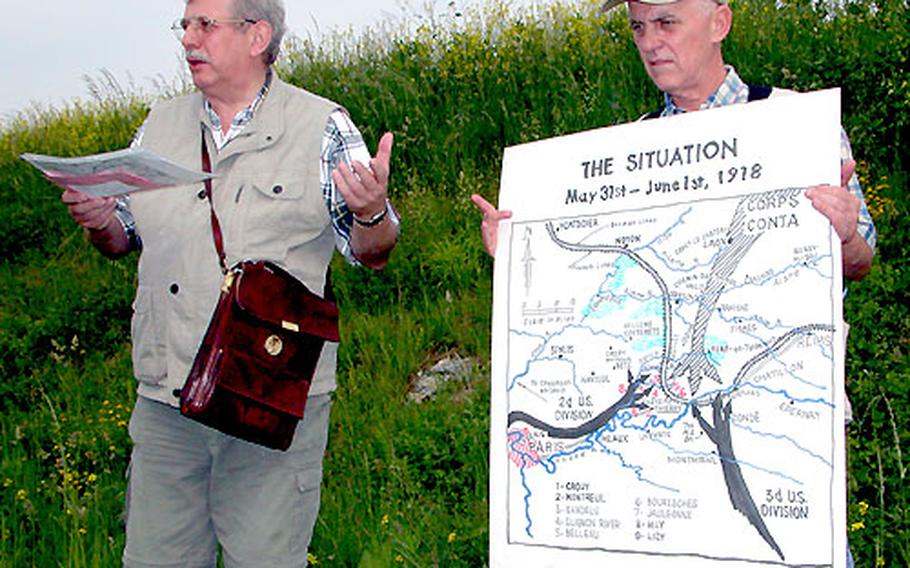 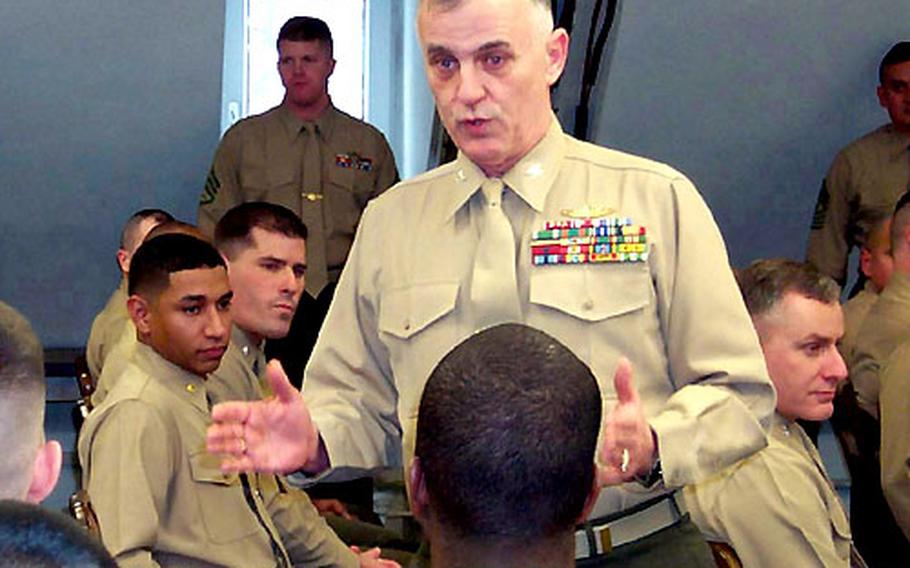 STUTTGART, Germany &#8212; When a teenaged Ed Lesnowicz enlisted as a Marine in the 1970s, he was so rough-and-tumble he had already been asked to leave high school.

He has cried over Marines lost in combat and beamed with pride when his Marines showed cohesion and failed to back down from adversity.

For the past three years as chief of staff for U.S. Marine Corps Forces Europe, he helped guide the U.S. European Command in understanding better how to use Marines, and before that spent most of his career as an artillery officer.

&#8220;I have no regrets,&#8221; Lesnowicz said in an interview last week as he began to pack up his office at MARFOREUR headquarters.

His retirement ceremony will be Aug. 15, and Marine Corps Commandant Gen. Michael Hagee, a friend and mentor, is expected to attend.

One of Lesnowicz&#8217;s sharpest memories is how he felt as Marines flew home following Operation Restore Hope in Somalia in 1993. He had commanded Marines deployed there from the 3rd Battalion 11th Marines.

Lesnowicz enlisted as a teenager when he was living in Santa Cruz, Calif.

&#8220;I was a little outlaw,&#8221; he said. His high school &#8220;persuaded&#8221; him to drop out of day classes, he said, and instead attend night school to receive his General Educational Development certificate. He also attended community college at the same time.

In the summer of 1965, he decided to become a Marine. Most of his relatives, including his father, had served in the military. He went to boot camp in San Diego, and he finished as one of the few of his fellow recruits promoted to private first class.

Next stop was Vietnam, where his experiences were brutal and memorable. Many of his fellow Marines died there. The days he was with a unit trying to protect an airfield stand out. Vietnamese soldiers surrounded them, and every Marine believed he was going to die.

There were about 500 Marines and 1,800 enemy troops. But the Marines never gave up, kept firing and never lost the camp.

After he served his Marine stint in Vietnam, he left the service and attended the University of California at Santa Cruz from 1970 through 1973. He was commissioned a second lieutenant in May 1974 and became an artillery officer.

Lesnowicz is a no-nonsense Marine. Every day, he drinks two pots of coffee, and he smokes cigars.

One of his greatest strengths as a leader, he said, is that he has never lied to a Marine under his command, and he never has sugarcoated the truth.

His strength as a leader and a Marine, Lesnowicz believes, has rubbed off on his three adult children.

Lesnowicz&#8217;s son is a Marine lieutenant in Iraq. One of his daughters is an accountant and another daughter is a professional chef.

Every young man and woman, he said, should do some type of public service, even if it&#8217;s not in the military.

He has been the chief of staff for MARFOREUR for the past three years. His biggest accomplishment, he said, has been getting the EUCOM and the European theater to look at the Marines for expertise. &#8220;There is no longer a German theater. &#8230; We are now expeditionary.&#8221;

Lesnowicz will move back with his wife to California and hang the Marine flag from their home. Then he will wait for that next job offer.

He expects to use his background to help the U.S. military somewhere in Eastern Europe or Africa.