Many teachers hit the books during summer 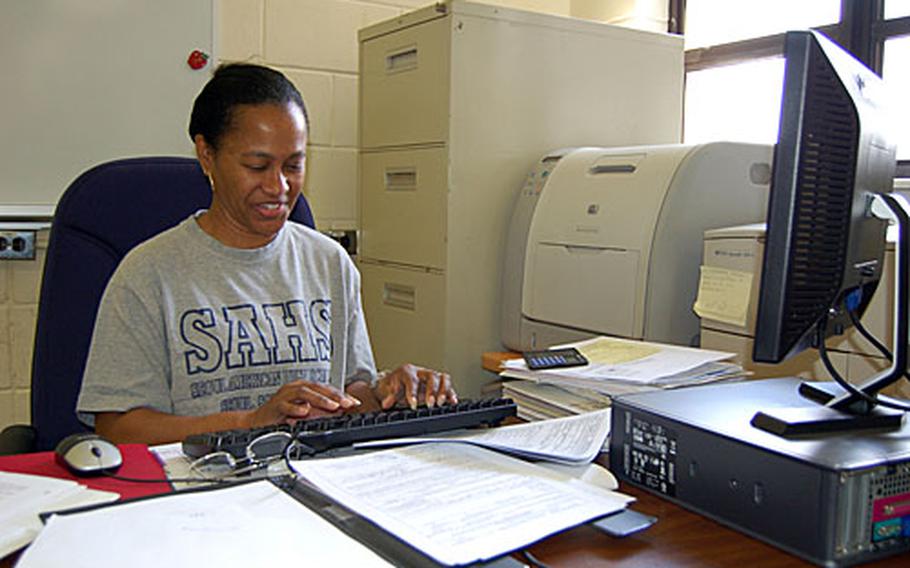 Pages on a calendar to some. For others, three of the best things about being a teacher.

Most Department of Defense Dependents Schools teachers in the Pacific took full advantage of their summer break, whether that meant heading off for adventure, advancing academic pursuits or just staying put and relaxing.

Yokota Middle School seventh-grade science teacher Naif Shahady and his wife, Sandy, joined another couple on an RV ride around the American Southwest.

But about 17 days into the four-week odyssey, a member of the party required an emergency appendectomy that brought the trip to &#8220;a raging halt&#8221; in Moab, Utah, Sandy Shahady said.

Still, the experience was unforgettable, she said.

Among the sights they saw: Arches National Park and an old western church in Utah that&#8217;s appeared in more than 50 movies, cliff dwellings at Mesa Verde National Park in Colorado that once housed Ute Indians and Petroglyph National Monument, N.M., and its ancient rock drawings and carvings.

Uvella Knight, 46, the DODDS-Japan district educational technologist, spent six weeks at the family home in Ko Olina, Hawaii. But her time on Oahu wasn&#8217;t all fun in the sun.

Knight, who&#8217;s been with DODDS for 17 years, took three doctorate-level classes online: educational research strategies, arts and science of adult education, and applied statistics. She had a 16-week window to complete the coursework but pushed herself to finish in six.

Knight says she has eight more classes to go before earning a doctorate in educational training and development leadership.

She spent a week at the Marriott Courtyard in Newark, Del., getting her second level of certification in lodging management.

Fields, who&#8217;s been with Seoul American for two years, also took a health course online through the University of Phoenix so she could become certified to teach health. It required her to turn in six papers in two weeks.

It&#8217;s no place for Lance Armstrong; participants routinely show up in hula skirts, Superman capes and other costumes, she said.

But neither is it for the faint of heart.

Wilkinson said the trio routinely hit the road at about 6 a.m. and pedaled up to nine hours a day, spending evenings in an RV.

&#8220;I think the physical challenge and the mental challenge that I put myself though every day is what I am most proud of,&#8221; she said.

Stars and Stripes reporters Jimmy Norris and Will Morris contributed to this story.