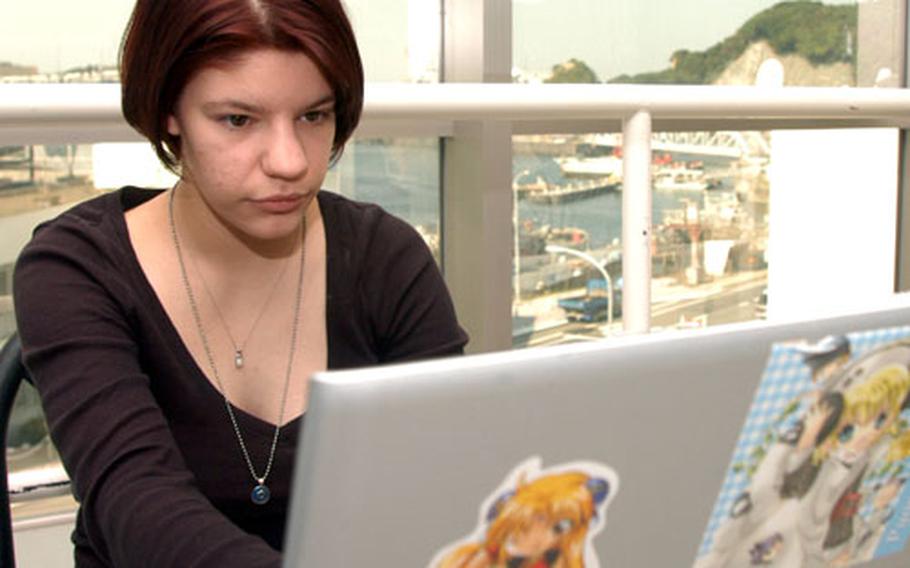 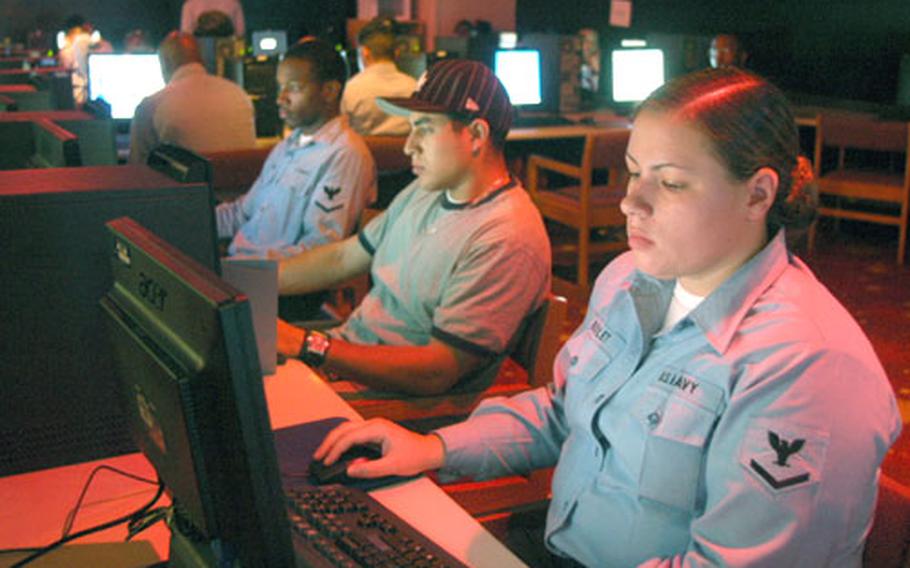 Gone are the days of sending and receiving unmonitored e-mail on government-issue computers. This month, the Naval Network Warfare Command in Norfolk, Va., blocked commercial e-mail access on all workplace computers for security purposes.

&#8220;Obviously, government computers anywhere are going to be a target for those who want to do harm to us,&#8221; said Yokosuka base spokesman Mike Chase.

This means sailors, Marines, Department of Defense employees, contractors or anyone using Navy computers will have to go elsewhere to check their commercial e-mail &#8212; the library, for example.

The restriction won&#8217;t affect Yokosuka&#8217;s Internet facilities that aren&#8217;t work-related. Public-access points &#8212; such as the Single Sailors Liberty Lounge, food courts and residential homes &#8212; are provided by companies like JENS and AmeriCable.

But once under way, personnel will have to make a choice: use the Navy&#8217;s monitored e-mail system or wait until they get in port.

But Airman Apprentice Gabriel Martinez disagrees. He just got to Yokosuka a month ago and does not yet have a &#8220;.mil&#8221; account. His Yahoo mail is his primary link to his friends and family. Staying connected is even more important at sea, he said.

Fortunately, most people do have a Navy account, unless they are new or leaving, said Carrier Battle Group 5 spokesman Lt. Cmdr. John Bernard.

&#8220;Those few that do not are either just reporting to their respective commands or in the process of checking out, so that is a temporary problem and gets corrected as a matter of course,&#8221; Bernard said.

The policy also has reached Okinawa, where Marine Corps officials confirmed that accessing commercial e-mail also is not authorized on their workplace computer systems. They cited lack of &#8220;sufficient protection to sensitive but unclassified information&#8221; as the reason for the ban.

Lance corporals Tyler King and Matt Dodson, both from the 3rd Dental Battalion&#8217;s operations section on Camp Foster, agreed with the policy.

&#8220;It seems right, because people would likely be sitting at their office working on their own stuff rather than doing work,&#8221; King said.

In addition to hurting productivity, King said, it would also increase the chances of government computers being hit with viruses.

People still will be able to manage their finances and lives from their government computers. They also will be able to exchange e-mail messages with those with Yahoo, Hotmail and similar accounts.