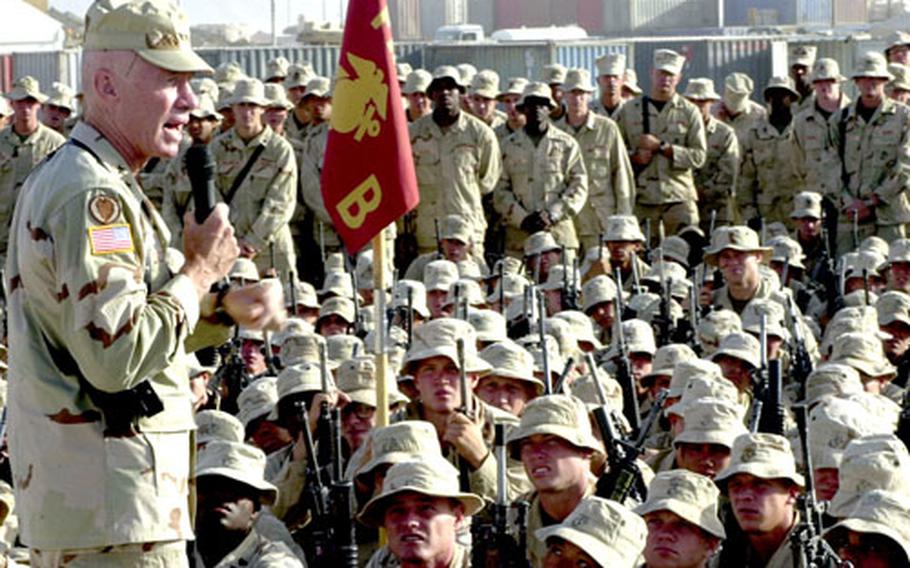 As the 22nd Marine Expeditionary Unit wraps up its four-month offensive in Afghanistan, Army Maj. Gen. Eric Olsen praised the Marines as "the best this place has ever seen." (Jon R. Anderson / S&S)

As the 22nd Marine Expeditionary Unit wraps up its four-month offensive in Afghanistan, Army Maj. Gen. Eric Olsen praised the Marines as "the best this place has ever seen." (Jon R. Anderson / S&S) 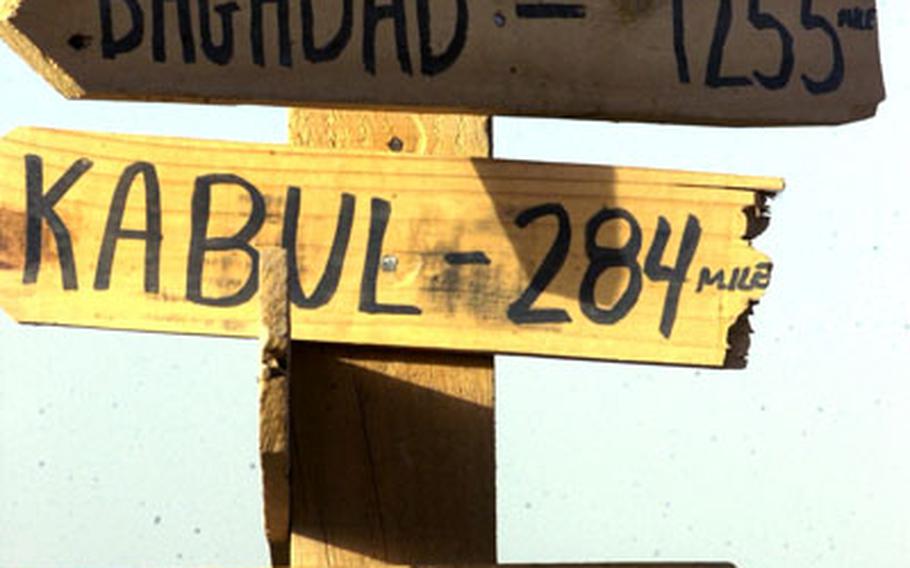 Although the 22nd Marine Expeditionary Unit will soon begin its return to the United States from Afghanistan, many of the Marines will turn around within months for duty in Iraq. (Jon R. Anderson / S&S) 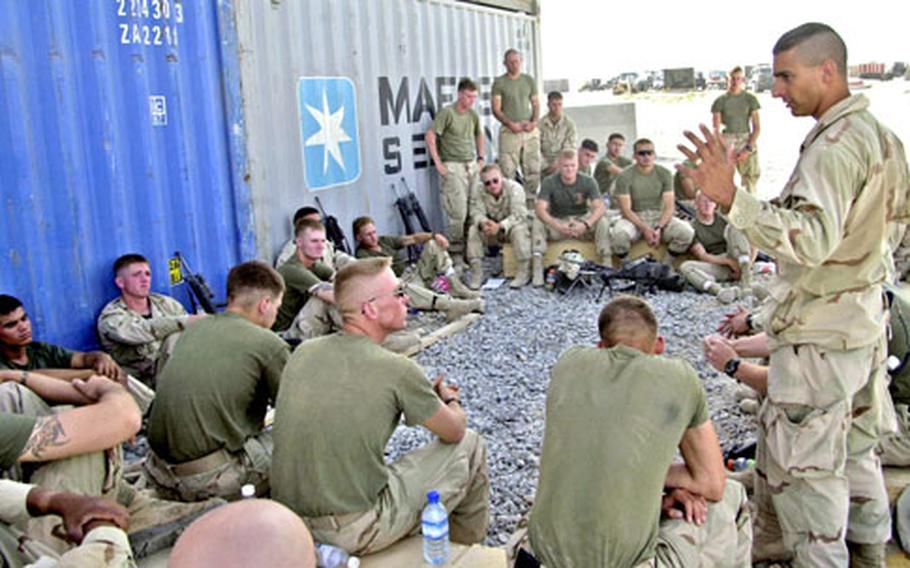 Capt. Paul Merida of the 22nd Marine Expeditionary Unit’s Battalion Landing Team 1/6 prepares his Marines for upcoming duty in Iraq even as the unit is wrapping up combat operations in Afghanistan. (Jon R. Anderson / S&S)

KANDAHAR AIRFIELD, Afghanistan &#8212; Many Marines of the 22nd Marine Expeditionary Unit will barely get a chance to clean off the dust from Afghanistan before they find themselves chewing on Iraqi sand.

Even with their six-month Afghanistan deployment extended by a month so they could continue their push through southern Afghanistan, many Marines said they have to prepare now for their next tour.

Each of the Marine Corps&#8217; seven MEUs are task forces that bring together infantry, artillery, aviation, logistics and other units into one 2,300-strong package.

Even McKenzie&#8217;s own headquarters will likely be thrown back into the mix sooner rather than later.

The MEU&#8217;s 800-strong light infantry contingent &#8212; 1st Battalion, 6th Marines &#8212; has already been told to expect to ship out to Iraq within five months after it returns home in September.

Usually, Marines returning from overseas deployments get 12 to 18 months before pushing back out again. But not these days.

Complicating matters is the fact that 1st Battalion will lose about half of its Marines once it returns from Afghanistan.

Instead, officials anticipate receiving only an influx of fresh recruits straight from boot camp. And most of those will probably come after the new year.

Meanwhile, he added, junior Marines in the unit will have to step up and fill those key leadership roles.

Combat experience from Afghanistan will help mitigate that, said Merida, but will only go so far.

That&#8217;s why, even as the MEU is beginning its withdrawal, leaders like Merida have begun training for Iraq.

To help Marines like Yarborough get ready, leaders are preparing a slew of classes as the MEU makes its way back to a three-ship armada off Kuwait in the coming days for the long trip through the Mediterranean and across the Atlantic.

And the Marines shouldn&#8217;t expect to see Camp Lejeune much once they return.

Exercises are already slated at Fort Bragg, N.C., in November, followed by maneuvers in California.