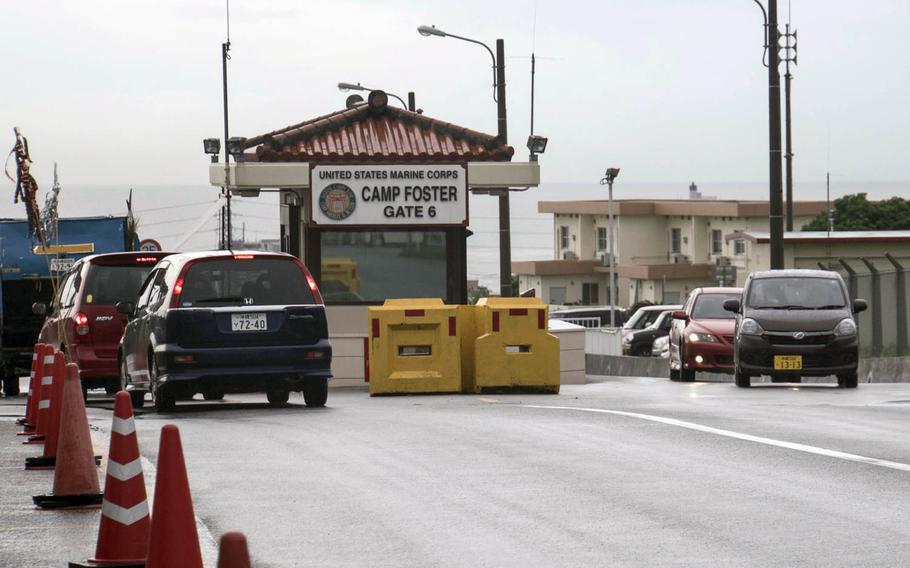 Gate closures at Camps Courtney, Kinser and Foster caused traffic backups that led to 45-minute delays in getting off base on some days. (Jessica Bidwell/Stars and Stripes)

CAMP FOSTER, Okinawa — Manpower issues that led to gate closures and traffic backups at some Marine Corps bases on Okinawa in recent months have been resolved, officials said.

The closures impacted Camps Courtney, Kinser and Foster, where the backups led to 45-minute delays in getting off base on some days during rush hours.

“The problem involving [gate-guard] manpower has been fixed, that is why we see a return to current gate hours,” said 1st Lt. Edward Pringel, a Marine Corps spokesman.

The Camp Foster gates that have returned to normal operating hours include Gate 3 and the fire station gate, which is now open 24 hours. Gate 6 (Legion Gate) remains closed for construction and is slated to reopen on Aug. 16. Gate 2 (Exchange Gate) remains open 24 hours but only to passenger vehicles.

Camp Kinser’s Gates 3 and 4 are open 24 hours, while Gates 1 and 5 remain closed until further notice.

Officials from the Okinawa Chapter of the All Japan Garrison Forces Labor Union, the primary labor union that represents gate security guards on Okinawa, said that the guards the Marines referred to are still Japanese government employees working for the U.S. military. They said 20-25 guards took jobs at Army facilities on Okinawa through internal transfers.

Those guards went to Torii Station, White Beach Naval Facility, a petroleum-storage facility and Naha Military Port, according to the Labor Management Organization for U.S. Forces Employees on Okinawa.