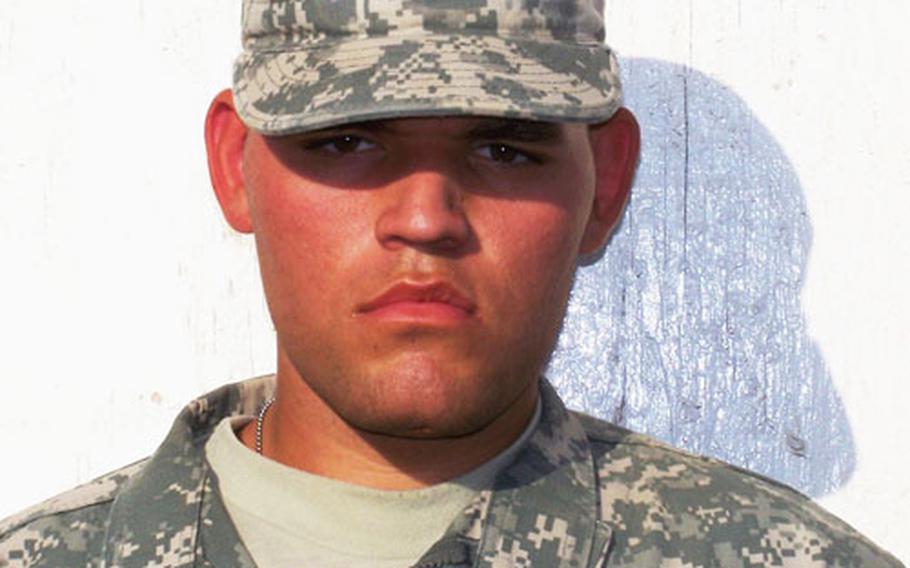 KAISERSLAUTERN, Germany &#8212; A Mannheim-based soldier died Saturday in Iraq after his vehicle was struck by a roadside bomb.

A memorial ceremony has been scheduled for Thursday at the Benjamin Franklin Village Chapel, but the time has yet to be determined, said Capt. Bryan Woods, a 21st Theater Sustainment Command spokesman.

In 2005, while Ulloa was assigned to the 71st Ordnance Company in Hanau, Germany, another unit heading for Iraq was short-handed, and they asked for volunteers from the 71st. Ulloa, who was a private at the time, was the only one who raised his hand to deploy, according to the 21st TSC release.

Command Sgt. Maj. Jerry Harvey, the command sergeant major of the 165th Combat Service Sustainment Battalion, was quoted in the news release as saying: "I know that there will be people beating themselves up over what happened, but now is the time for us to come together as a family and comfort them.

"The bottom line is that everyone involved did one hell of a job."

On Ulloa&#8217;s MySpace page, the soldier has a picture of himself wearing a helmet, body armor and battle dress uniform and holding a machine gun. He last logged on to the site in July 2006.

Ulloa is survived by his wife and 7-month-old son, according to the press release.