Manas airmen get turn as tourists in Kyrgyzstan 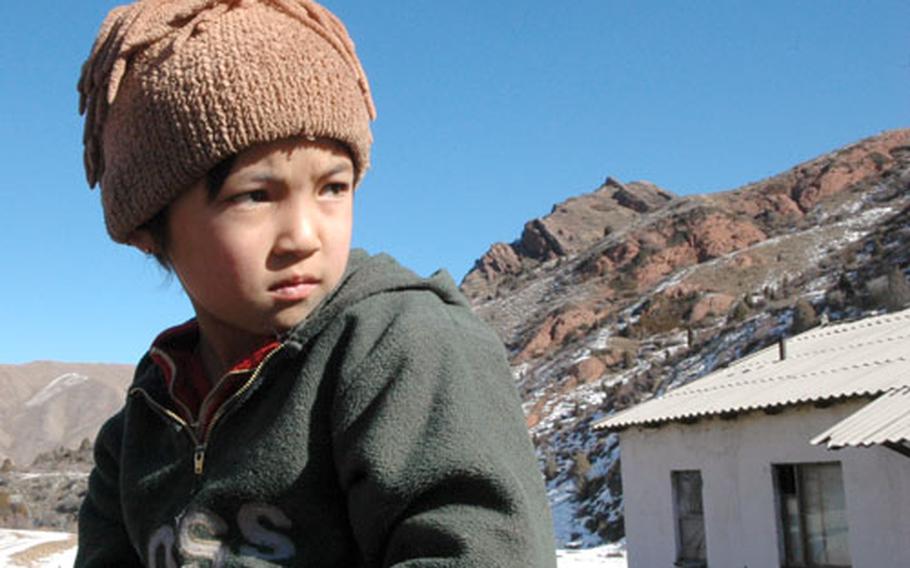 A young Kyrgyz girl sits astride her horse in the snow-capped mountain ranges of Kyrgyzstan. She was at a hut visited by U.S. airmen deployed to Manas Air Base who were riding horses through the area. (Anita Powell / S&S)

A young Kyrgyz girl sits astride her horse in the snow-capped mountain ranges of Kyrgyzstan. She was at a hut visited by U.S. airmen deployed to Manas Air Base who were riding horses through the area. (Anita Powell / S&S) 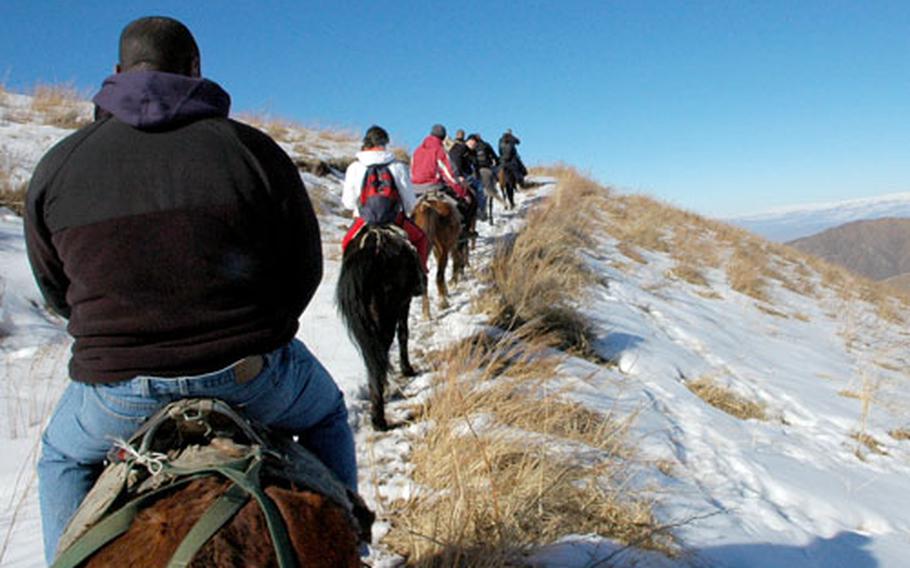 A group of U.S. airmen ride through the snow-covered mountains during an outing on a day off from work. The airmen are deployed to Manas Air Base in Kyrgyzstan. (Anita Powell / S&S) 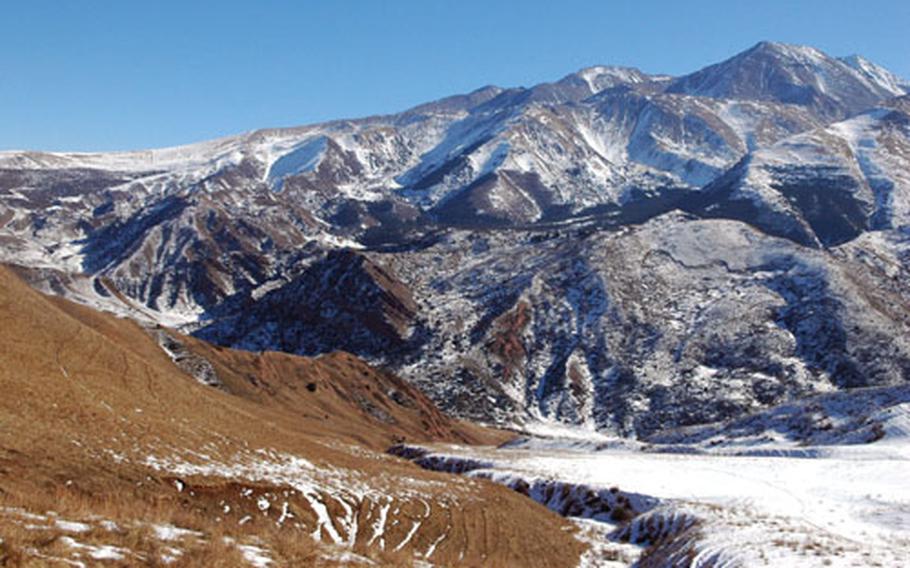 A peak in one of the rugged mountain ranges of Kyrgyzstan, which reach elevations of 20,000 feet. This one is along a trail taken by horse-riding U.S. airmen. (Anita Powell / S&S) 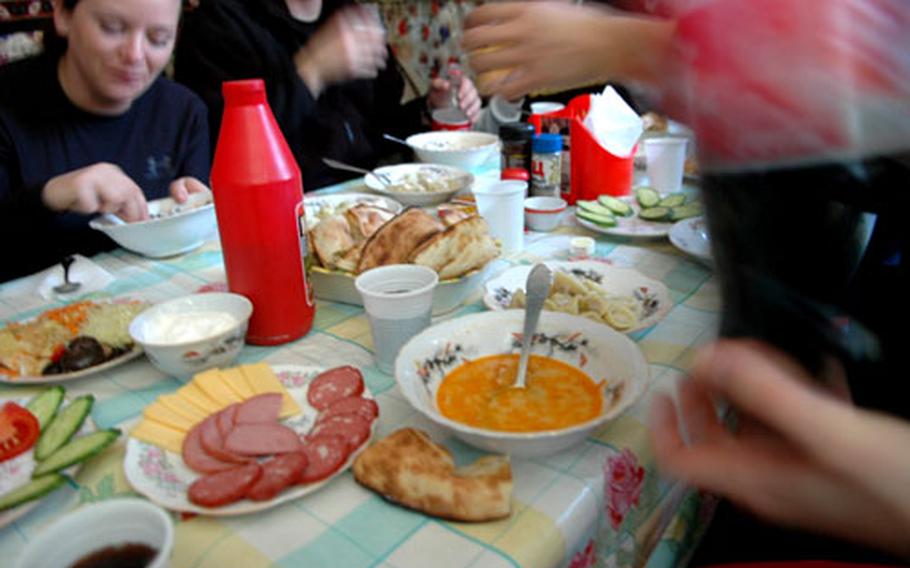 Airmen enjoy a traditional Kyrgyz meal after a few hours of riding horses through the mountains near Tokmok, Kyrgyzstan. (Anita Powell / S&S)

NEAR TOKMOK, Kyrgyzstan &#8212; The group wound its way around the narrow bend, the horses treading carefully on the edge of the snowy precipice.

Snow-filled valleys yawned below, peering up at craggy, snow-capped mountains where not a sound could be heard apart from the noise of horses&#8217; hoofs crunching through snow. The sun glared upon the tired travelers, casting a harsh glow off the snow.

When the group rounded the final bend, some of the horses began to canter excitedly, breaking into a full gallop before reaching their final destination: a tiny house tucked into a snowy valley.

Inside, smiling women brought steaming bowls of borscht, meat-filled dumplings, sweets, bread and tea to the American airmen seated around a low-slung table.

Welcome to a day off in the life of many deployed airmen with the 376th Air Expeditionary Wing at Manas Air Base, Kyrgyzstan.

Airmen stationed at Manas bring much more to the country than constant air traffic. They also bring tourism dollars.

Official figures were not available as to how much of the nation&#8217;s growing tourism industry is fueled by American airmen, but the base does offer a wide variety of tourist trips per week. Attendance is normally brisk at the many events, which include trips to local restaurants, daylong cultural tours, horseback riding, hiking, golf and whitewater rafting.

And airmen can even pursue the American national sport: shopping. Airmen are no strangers to Kyrgyzstan&#8217;s largest mall &#8212; a four-story edifice in central Bishkek that resembles a large, upscale flea market.

Airmen overwhelmingly appreciate the opportunity to get off base and explore.

The locals also learn something about the Americans, he said.

Moore, who has been on two deployments in Kyrgyzstan, is somewhat of an &#252;bertourist: On his first rotation, he went whitewater rafting, hiking and on day trips. This time around, he&#8217;s developed an affinity for horseback riding. He&#8217;s been three times, at $50 a pop.

Capt. Allen Specht, 28, of Charleston, S.C., said he definitely enjoyed the experience of horseback riding in the mountains.