Man sought in theft of purse near Yongsan 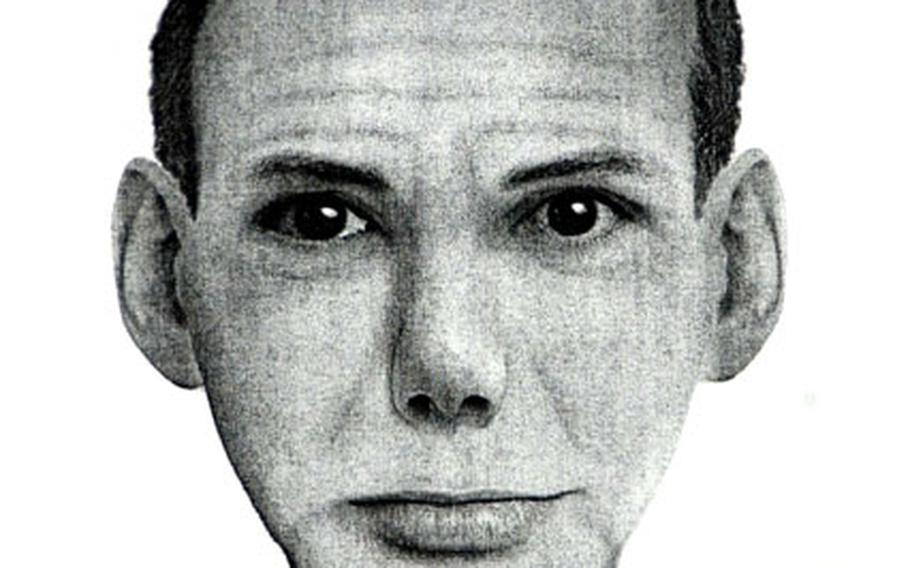 This police sketch shows a man sought in connection with a purse snatching near Yongsan Garrison. (U.S. Army)

YONGSAN GARRISON, South Korea &#8212; U.S. Army Criminal Investigation Command officials are seeking a man in connection with a larceny near Yongsan&#8217;s Gate No. 5.

Agents investigating the case said a reward is being offered but couldn&#8217;t provide details.