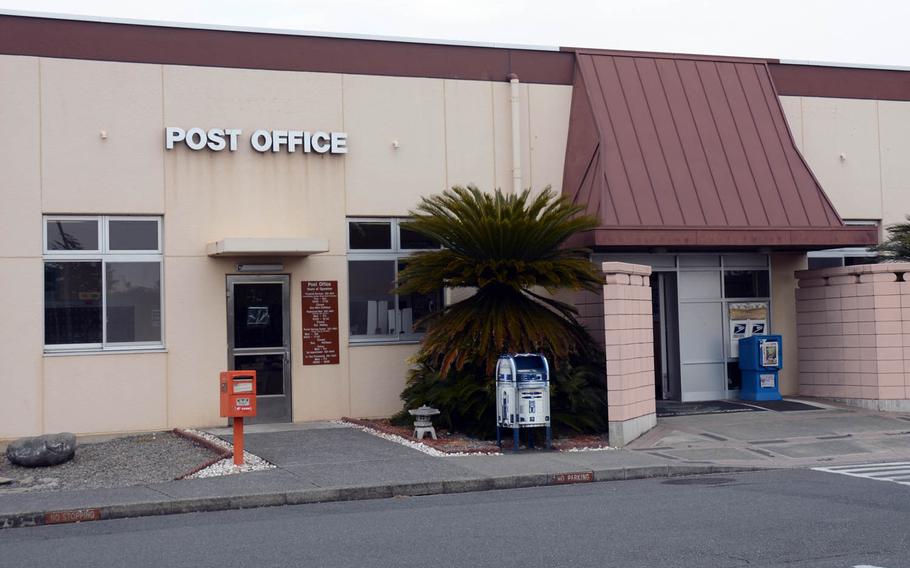 Buy Photo
A Japanese court has sentenced a man to six years in prison for his part in a scheme that involved mailing drugs to a post office box at Yokota Air Base, Japan, in September 2015. (Leon Cook/Stars and Stripes)

YOKOTA AIR BASE, Japan — A Saint Vincent and the Grenadines national has been imprisoned for smuggling marijuana through the U.S. military postal service.

The unemployed man, convicted Thursday by the Tokyo District Court in Tachikawa, got a six-year sentence for his part in a scheme that involved mailing drugs to a post office box at Yokota Air Base in September 2015, Japanese broadcaster NKH reported.

More than three and a half pounds of marijuana valued at $71,000 was in a package sent from Canada as unofficial mail to a servicemember, who was unaware of its contents, said police quoted by NHK.

Japanese customs officials at Yokota — home to U.S. Forces Japan and 5th Air Force in western Tokyo — discovered the marijuana, U.S. officials said at the time of its seizure.

The servicemember handed the package to a 46-year-old woman from Kodaira City who passed it onto the unemployed man. Both were arrested.

The woman was found not guilty of drug smuggling on Friday, NHK reported. The court ruled there was “reasonable doubt” as to whether the woman, who faced four and a half years in prison, knew there was marijuana in the package, NHK reported.

“She was told that there were clothes and shoes in the package when [her acquaintance] asked her to receive the package,” the judge said. “A reasonable doubt remains when affirming she recognized there was dried marijuana in the package.”

Smugglers have used the military mail system to send drugs across international borders in the past.

In the first nine months of 2012, the Korea Customs Service found 6.6 pounds of drugs, mostly synthetic marijuana, worth $52,100 in mail bound for U.S. servicemembers on the peninsula.