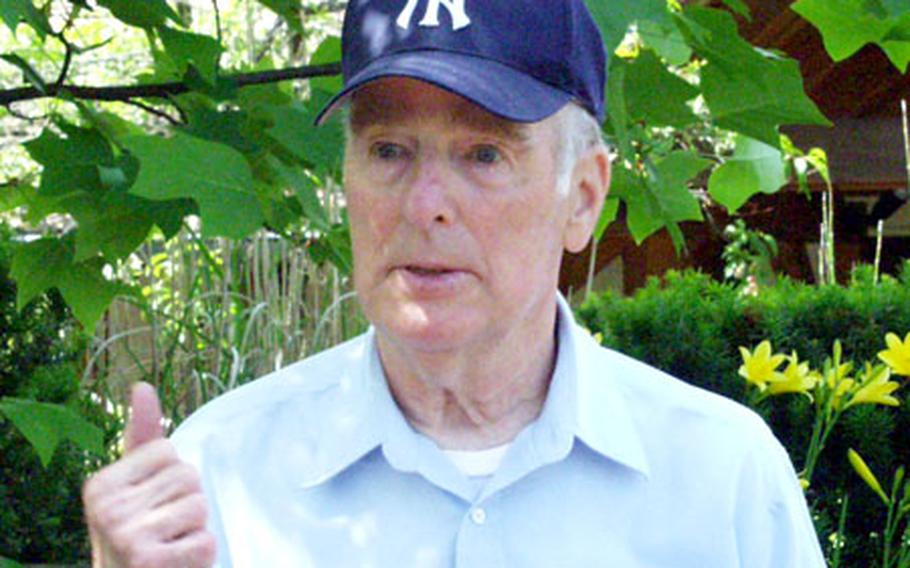 Eugene Scott, a 78-year-old retired Air Force staff sergeant whose life was saved by the efforts of his neighbors. (Steve Mraz / S&S)

Eugene Scott, a 78-year-old retired Air Force staff sergeant whose life was saved by the efforts of his neighbors. (Steve Mraz / S&S) 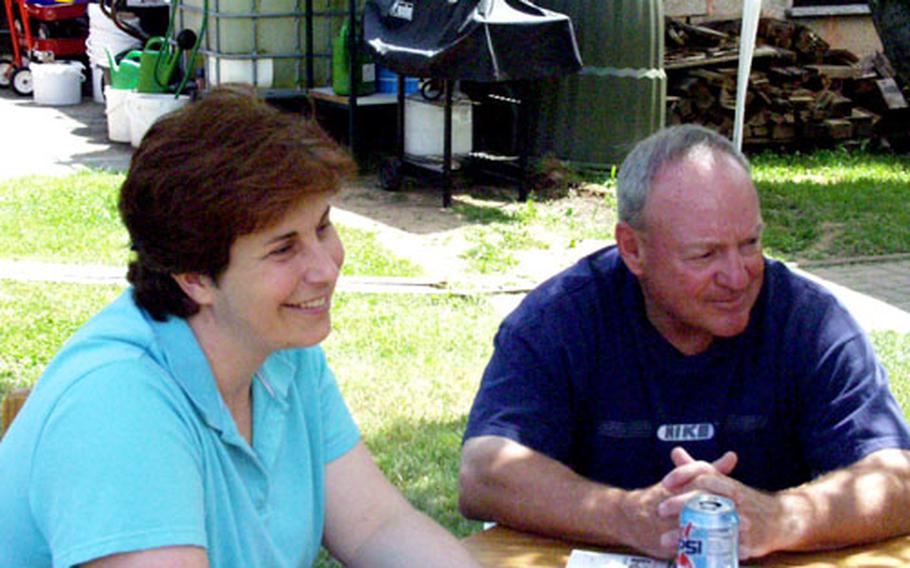 KINDSBACH, Germany &#8212; Karla Clarke doesn&#8217;t mind being awakened by her neighbor&#8217;s singing while trying to sleep after working the night shift.

That&#8217;s because the first lieutenant, with the 212th Mobile Army Surgical Hospital, and her husband, Dick Clarke, a retired Special Forces medic, are responsible for saving their Kindsbach neighbor&#8217;s life.

On the morning of March 22, the couple administered cardiopulmonary resuscitation to retired Air Force Staff Sgt. Eugene Scott, thus preventing the 78-year-old Scott from dying of a heart attack.

U.S. Army and Kindsbach city officials recently recognized the Clarkes for their efforts during a ceremony at the Landstuhl Rathaus. The Clarkes received a bouquet of flowers and a certificate of appreciation from Kindsbach Mayor Matthias Donauer. Karla Clarke, who also works at the Landstuhl Regional Medical Center, was presented with an Army Achievement Medal.

The life-saving event unfolded around 9:15 a.m. on March 22. The Clarkes live above the Scotts in a multifamily dwelling in Kindsbach, between Kaiserslautern and Landstuhl.

Scott had just returned from his usual bicycle trip to a nearby bakery. Karla Clarke had decided to stop by home before an 11 a.m. appointment. She was reading the paper when Scott&#8217;s wife, Gertrud, came to the Clarkes&#8217; door and told the couple she thought her husband was having a stroke.

The Clarkes then began CPR, with Karla Clarke performing the breathing and Dick doing the chest compressions.

They kept up the CPR for two minutes before Scott gasped.

Eugene Scott regained consciousness but then started to fade. The Clarkes then rubbed their knuckles across his sternum to keep him awake.

An ambulance arrived shortly thereafter and attended to him.

Nearly three months after the incident, Eugene Scott is back home and able to get around the back yard. Scott&#8217;s near-death experience and ensuing quadruple bypass surgery haven&#8217;t prevented him from belting out his favorite big-band songs from the 1940s.

The experience obviously has not affected Scott&#8217;s sense of humor.