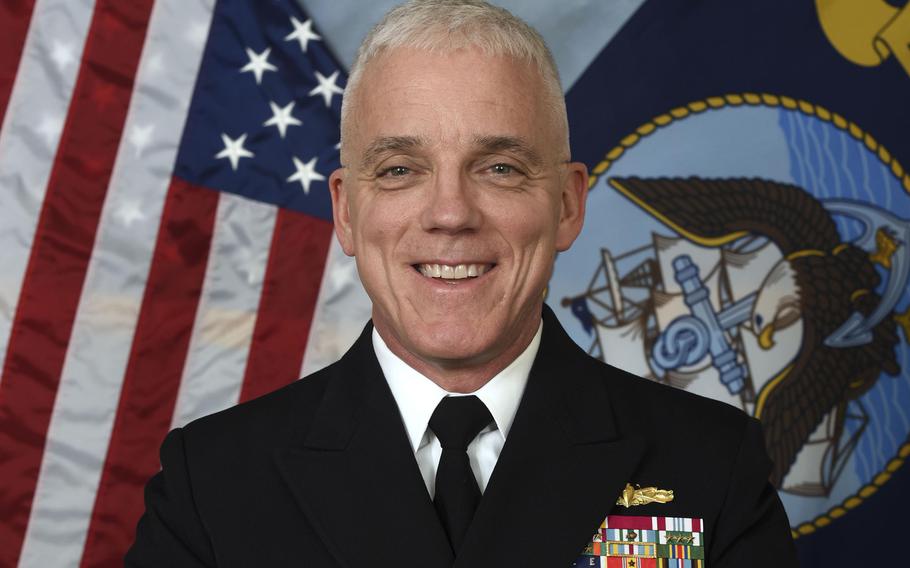 Malloy assumed command Friday, 5th Fleet officials said. He was nominated and quickly confirmed Thursday for the Bahrain-based post, which also includes the helm of the Combined Maritime Forces command, a multinational effort to combat terrorism and piracy.

Malloy was serving as deputy chief of naval operations for operations, plans and strategy at the Pentagon when Stearney, 58, was found dead in his home on Dec. 1. CBS News and USNI News have reported that the death was an apparent suicide, citing unnamed defense officials, but the Navy has declined to confirm a cause of death until an investigation is complete.

Stearney’s death reverberated throughout the Navy’s community of admirals, said Adm. Bill Moran, vice chief of naval operations, who spoke with Stars and Stripes on Thursday while visiting Bahrain to console sailors and reassure allies. Moran said he “was crushed” when he heard the news.

“It’s a very personal thing … when we lose one of our own so early in anybody’s life,” Moran said.

Stearney assumed command of 5th Fleet in May. A month later, Malloy was nominated by Defense Secretary Jim Mattis for a third star. He began his position at the Pentagon in August.

Malloy is no stranger to the 5th Fleet area of operations. The 1986 U.S. Naval Academy graduate previously served as the Central Command “friendly forces” coordinator following the 9/11 attacks. He has also served as flag aide to the 5th Fleet commander and commander of the USS Dwight D. Eisenhower Carrier Strike Group, which deployed to the region.

Other previous tours include a destroyer squadron command with Middle East Task Force 55 and command of Coalition Task Group 152, operating at sea from Bahrain, Kuwait and the United Arab Emirates. Malloy is a native of Silver Spring, Md.