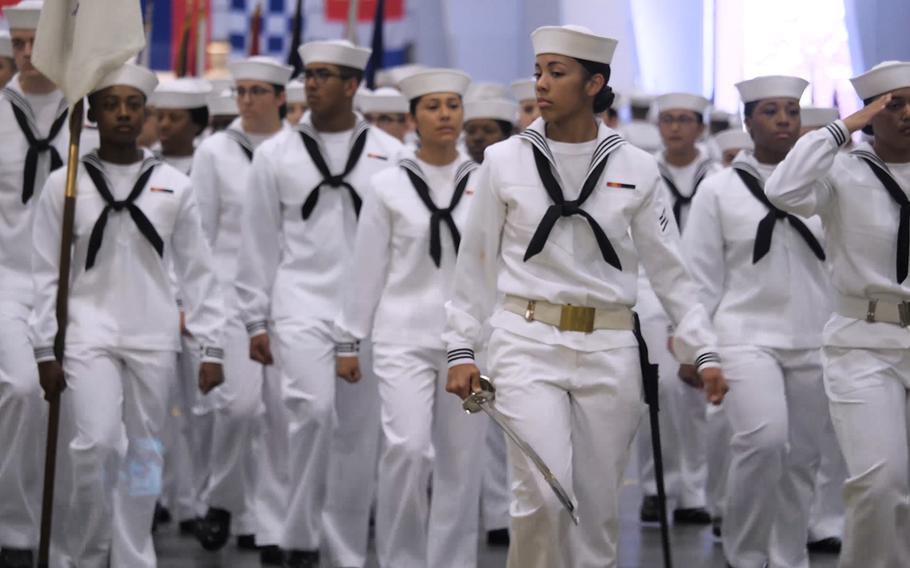 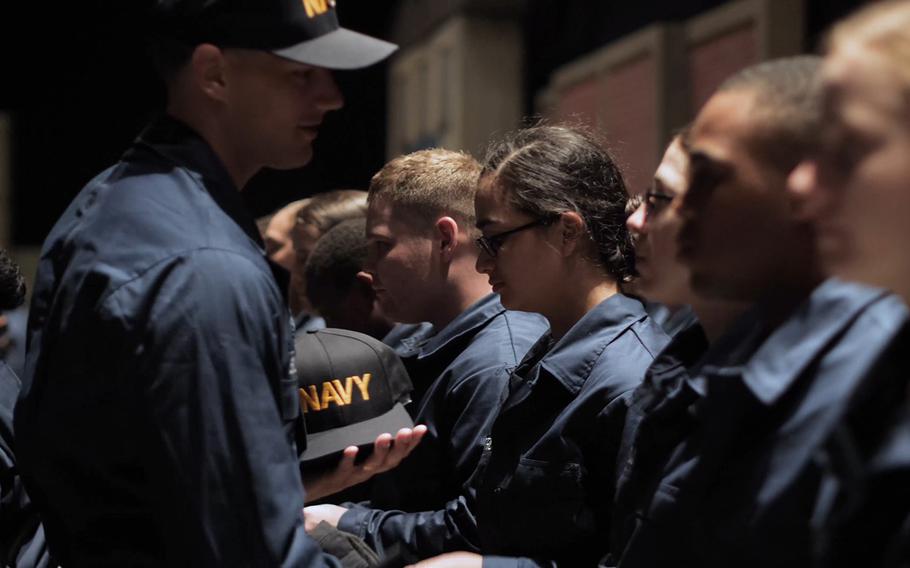 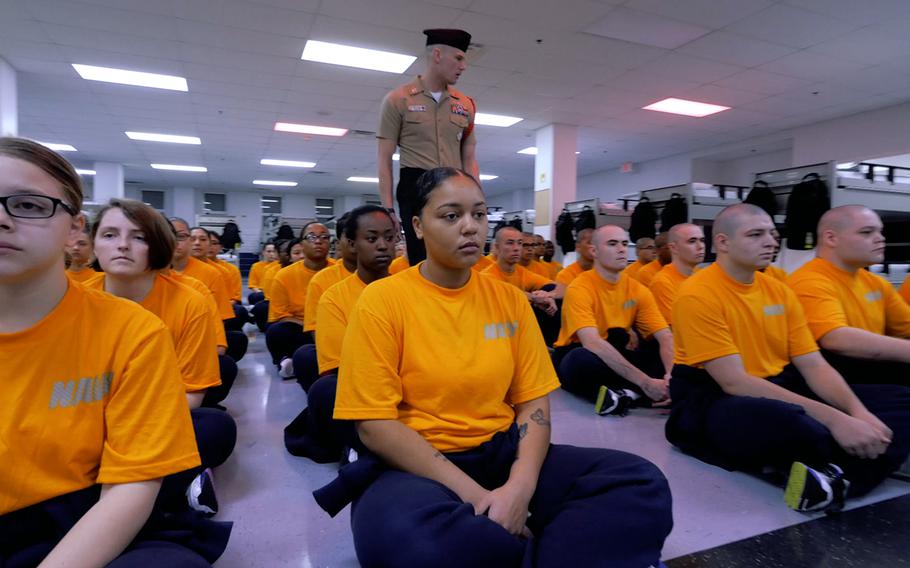 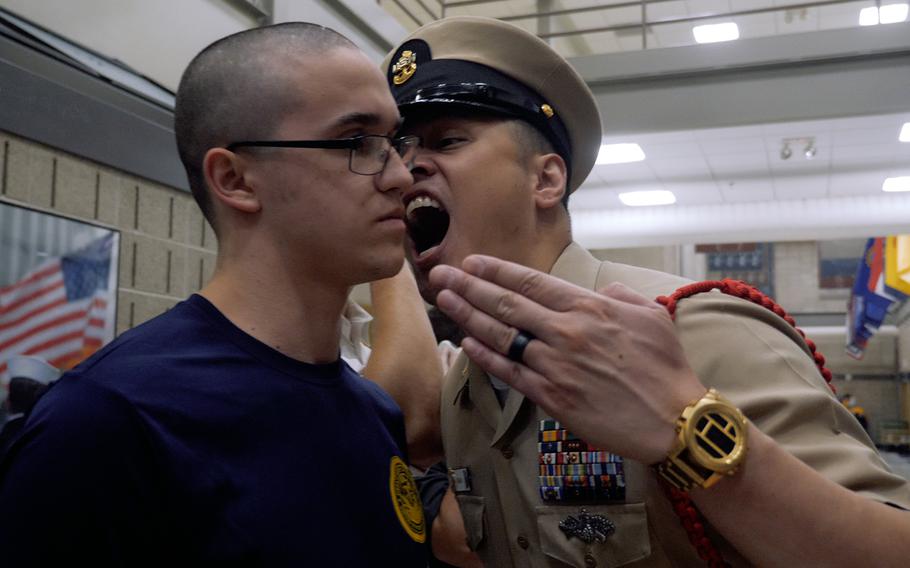 People who think the Navy may have gone soft on new recruits can see the tough training that goes on at a modern boot camp via a new documentary.

“Boot Camp: Making a Sailor” is an hourlong look at training for new sailors produced by the Navy’s All Hands magazine.

Filmmakers followed four recruits from their homes to the Recruit Training Command in Great Lakes, Ill., to observe their trials and tribulations over three months on the road to graduation.

Austin Matthias Rooney, an Emmy award winner and lead producer of the documentary, said he wanted to let a new generation of Americans who might be thinking about joining the Navy know what they’d be in for.

“We wanted a more accurate portrayal of Navy boot camp,” he said. “There were a lot of rumors out there, such as recruits keeping their cellphones and no more yelling, which were totally untrue.”

The documentary shows that boot camp isn’t easy and lets recruits know they should come prepared and motivated.

Rooney hopes it shows sailors, veterans and family members that, while boot camp has been updated, its traditions are intact and recruits are well trained and ready for the job.

“The uniform they wear is earned – not given,” he said.

The documentary also takes a deeper look at recruits’ characters.

“I wanted to show their backstories and where they came from, so the audience could connect with them,” Rooney said.

The filmmaker didn’t know what to expect heading into the project, but the former sailor said he could compare the recruits’ experience to his own time in uniform.

“I had my own experiences from years ago, which I remembered as a pretty intense and a challenging experience,” he said.

The documentary shows the moment recruits get off the bus to be met by yelling commanders. One recruit asks what he’d got himself into.

“Immediately stepping off the bus with the recruits, it was like going in a time warp to back when I stepped off the bus, the nerves of pulling up and then the all-out chaos,” Rooney said.

The film shows recruits recognizing the challenges they face and working out that they’ll need discipline and teamwork to get through.

Rooney saw some changes in the program since his Navy days, such as more hands-on training and less classroom time, allowing commanders to focus on individuals and have more influence over who is deemed fit to serve.

The documentary shows recruits learning water survival, firefighting, seamanship and marksmanship. The culmination of the course involves trainees putting all their skills together aboard a 210-foot replica of a destroyer.

At the end of the film, viewers watch the new sailors don white uniforms and graduate in front of their families and friends.

Each year, an average of 38,000 to 40,000 recruits pass through Navy boot camp. A typical division starts with 88 recruits, but those numbers can drop if individuals don’t meet standards and are sent back for more training or get expelled.

“For people who want a challenge, who are motivated and excited for it, this documentary will make them even more excited to join,” Rooney said. “For anyone who watches it and decides they wouldn’t be able to handle it, I think it’s better they make that decision from watching a video than from getting there in person and dropping out from training.”

Sally Isabel Santiago, of Queens, N.Y., leaves for boot camp Dec. 11, 2018. She said she had only a vague idea about what was in store before watching the documentary.

“I expect boot camp to take me out of my comfort zone and push my abilities,” she told Stars and Stripes in an email. “It’s going to be a complete change from my usual routine such as watching television, going on social media, sleeping and waking up late.”

After watching the documentary Santiago said she had a better idea of how to mentally and physically prepare.

“I now have a goal of passing boot camp and every way I’ve prepped has helped me become a better person already,” she said.

The world is a dangerous place and most sailors will be in harm’s way in their careers, Rooney said.

“It renews your respect that they signed their name on that dotted line to serve and to voluntarily go through the uncomfortable and challenging experience that is boot camp.”