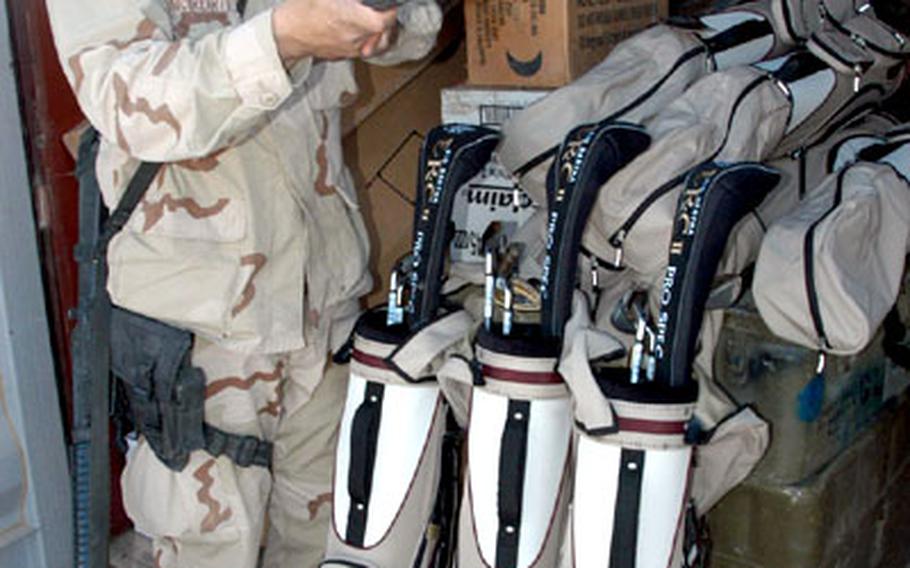 Maj. John McBrearty, executive officer of the 1st Battalion, 185th Armor Regiment of the California National Guard is trying to bring a piece of American life to the wilds of Iraq: a driving range.

Six months ago, he arrived at the dusty Convoy Support Center Scania, about 100 miles south of Baghdad, with a few clubs to keep up his skills.

But there was nowhere to play. So McBrearty decided his camp, which serves as a way station for convoys, needed a putting green and a driving range.

Needing the approval from his higher ups before teeing off on the project, McBrearty enlisted the support of friends and family at home. He also brought in donations from Callaway Golf and the Burbank chapter of the Veterans of Foreign Wars and Kiwanis for supplies.

Six months later, with a connex filled with 25 sets of clubs, a few hundred yards of Astroturf, balls and tees, he and fellow hackers are ready. The group is now only waiting to obtain some much needed lumber before beginning construction.

A small area near the Morale, Welfare and Recreation tent will become a putting green; a larger area previously cleared for drainage will become a driving range.

Although he is spearheading the project, McBreaty said it is a unit effort. The green and range will be named in honor of Spc. Daniel Unger, a member of his unit killed in May.