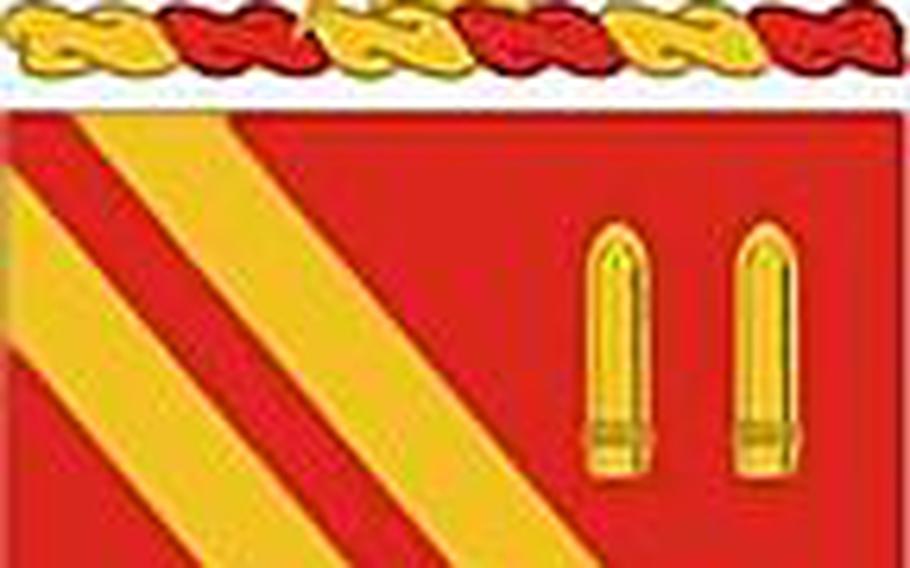 WASHINGTON &mdash; Earlier this year, senior officers at a 4th Infantry Division unit in Colorado tried to create their own fraternity-style social group &mdash; complete with bylaws, initiation rites and promises of binge drinking &mdash; in an effort to build team morale and camaraderie.

But after an off-duty booze party went bad, an Army major claims he is being punished for giving into peer pressure and is being drummed out of the service to cover up hazing by high-ranking soldiers.

Maj. Christopher Garbarino, a 36-year-old with three Bronze Stars and a model service record, was charged in April after accusations of drunken mischief and inappropriate sexual contact during a rowdy party at the home of a battery commander.

But Garbarino&rsquo;s attorneys, speaking on his behalf, say he was pressured by his battalion commander &mdash; the &ldquo;Supreme Allied Commander&rdquo; of the social club &mdash; to attend the party and drink heavily, and ended up so drunk that he claims no memory of the crimes he allegedly committed.

&ldquo;At one point they decided to tie him up with duct tape because they decided he was too rowdy,&rdquo; said Ernesto Gapasin, Garbarino&rsquo;s attorney. &ldquo;He got drunk because he didn&rsquo;t have a choice. This was hazing.&rdquo;

Prosecutors have declined comment on the case before the start of Garbarino&rsquo;s court-martial, scheduled for Sept. 24 at Fort Carson.

The party took place in March, with soldiers from Fort Carson&rsquo;s 4th Battalion, 42nd Field Artillery Regiment. In testimony to investigators, battalion commander Lt. Col. David Chiarenza said the idea behind the &ldquo;Straight Arrows Association&rdquo; was to socially welcome new officers and give the others a chance to interact in a relaxed atmosphere.

Chiarenza declined comment for this article, but told investigators that alcohol was not the main focus of the group and &ldquo;no one is made to drink if they don&rsquo;t want to.&rdquo;

Other officers in the battalion reported otherwise, telling investigators that attendance and consumption at parties was an unofficial requirement. A flyer sent around for the March event called for each company to supply at least two bottles of liquor and said the party would last &ldquo;until liver failure.&rdquo; Organizers used a log book to track attendance.

&ldquo;It was very encouraged to attend,&rdquo; one lieutenant told investigators. &ldquo;There wouldn&rsquo;t be any disciplinary action for not going, but it would look bad.&rdquo;

New lieutenants were quizzed by battalion leadership and told to drink &ldquo;grog&rdquo; &mdash; a mixture of vodka, rum, whiskey, Diet Coke and hot sauce &mdash; if their responses were unsatisfactory.

&ldquo;It felt like a frat party,&rdquo; another lieutenant told investigators. &ldquo;I tried to distance myself from the event, because I was trying not to drink too much because I didn&rsquo;t want to get drunk. If I said no to drinking, I would&rsquo;ve been heckled about it.&rdquo;

Gapasin said that Garbarino was forced to drink the grog because he showed up to the party in uniform, and was told to keep doing shots for other &ldquo;offenses.&rdquo; Chiarenza disputed that to investigators, saying it was Garbarino&rsquo;s choice to get drunk that night.

Partygoers described Garbarino to investigators as incoherent and stumbling within a few hours of arriving. Gapasin said Garbarino didn&rsquo;t realize how potent the grog was and felt pressured to keep drinking.

At one point, witnesses said, Garbarino began hugging everyone, including the only female officer &mdash; the only female at all &mdash; at the party. Some said they saw him grope her breast, while others said he just accidentally brushed against her in a drunken embrace.

The woman, who sought to downplay the incident, told investigators that she didn&rsquo;t want to attend the party but thought &ldquo;I might get in trouble if I didn&rsquo;t go.&rdquo; She said she showed up late after getting a phone call from the party and an order from Chiarenza to show up.

Garbarino started shoving other officers, and at some point had his hands and feet duct-taped together. That drew laughs from the crowd until he passed out, then later vomited. Several witnesses blamed the party atmosphere for his actions, but others said it was simply a case of poor self-control.

&ldquo;Nobody was as intoxicated as Major Garbarino, because they knew to act like officers,&rdquo; Chiarenza told investigators. &ldquo;No officer will listen to [him] anymore. Everyone who was there saw his actions.&rdquo;

Garbarino was charged within days of the party, after his fellow senior leaders decided he had embarrassed himself and the battalion. Senior leaders also met with other partygoers the next day to discuss proper behavior of officers, without discussing Garbarino by name, witnesses said.

Gapasin said that his client is a model soldier, a 15-year veteran who served three combat tours in Iraq and Afghanistan. He was charged with driving under the influence when he was 22, but hasn&rsquo;t had any legal or character issues since.

If convicted, he could lose his career and his retirement.

&ldquo;My client doesn&rsquo;t remember a thing, because he was forced to drink so much,&rdquo; Gapasin said. &ldquo;He didn&rsquo;t want to be there, but the battalion commander personally called him, and he felt ordered to go. That&rsquo;s why he&rsquo;s in this trouble.&rdquo;

Army regulations define hazing as &ldquo;any form of initiation rite of passage or congratulatory act that involves &hellip; forcing or requiring the consumption of excessive amounts of food, alcohol, drugs or other substances.&rdquo; They also state hazing is prohibited in all cases, and preventing it &ldquo;is a responsibility of commanders at all levels.&rdquo;

Multiple partygoers told investigators that they would not attend another off-duty alcohol party after seeing what happened at the March event. Battalion officials would not say whether that was the last meeting of the Straight Arrows Association, or whether any investigation of wrongdoing in underway against other partygoers and the organizers.