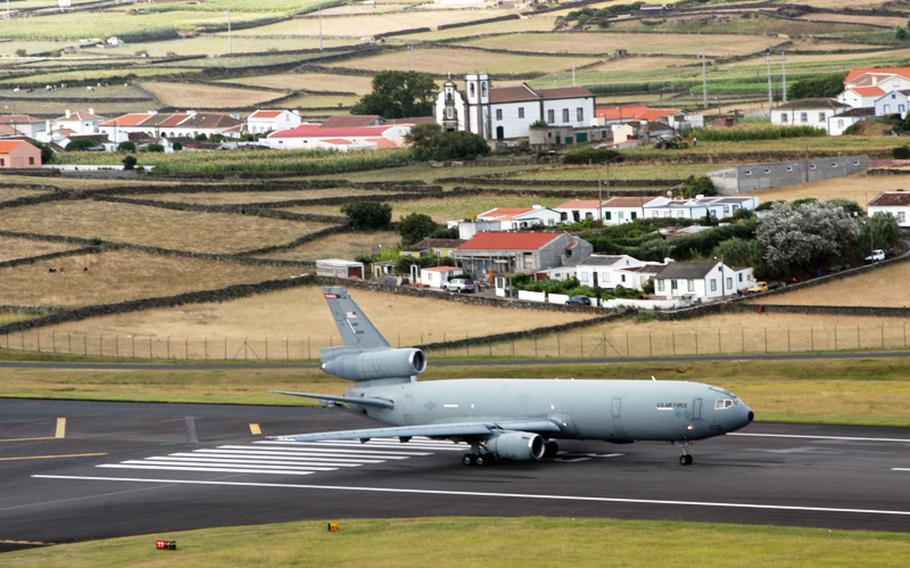 The 65th Air Base Wing is the American unit stationed at Lajes Field, Terceira Island, Azores, Portugal. The wing provides base and en route support for Department of Defense, allied nations and other authorized aircraft in transit. (U.S. Air Force)

The 65th Air Base Wing is the American unit stationed at Lajes Field, Terceira Island, Azores, Portugal. The wing provides base and en route support for Department of Defense, allied nations and other authorized aircraft in transit. (U.S. Air Force) 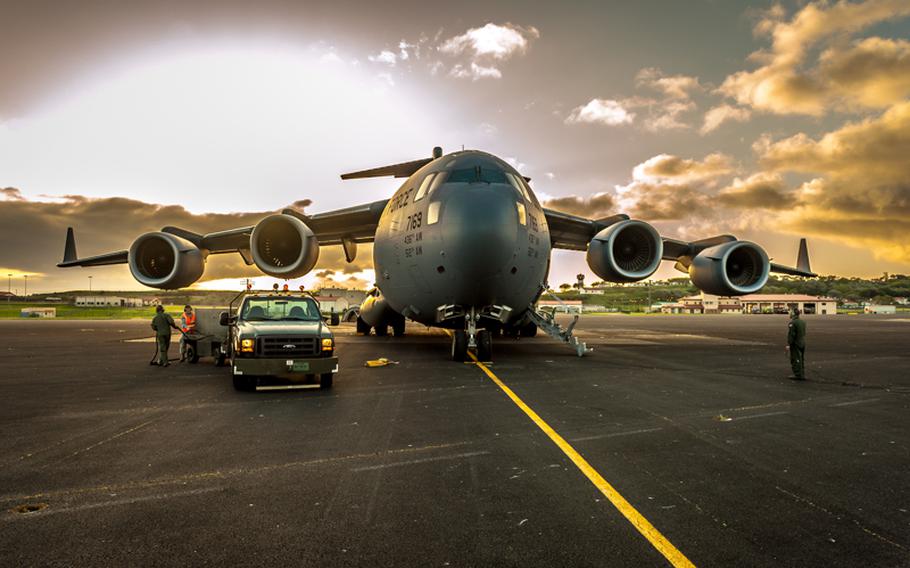 A C-17 sits on the Lajes Field flight line on June 8, 2012. Military operations will be drastically reduced at Lajes as part of larger cost-cutting efforts being made across the Defense Department, the Air Force announced late Thursday. The workforce is expected to shrink, with about 500 families scheduled to leave by the end of fiscal 2014 as the base transitions from an air base wing to an air base group. Airmen assigned there in the future will be on unaccompanied 12 month tours. (Lucas Silva/USAF) 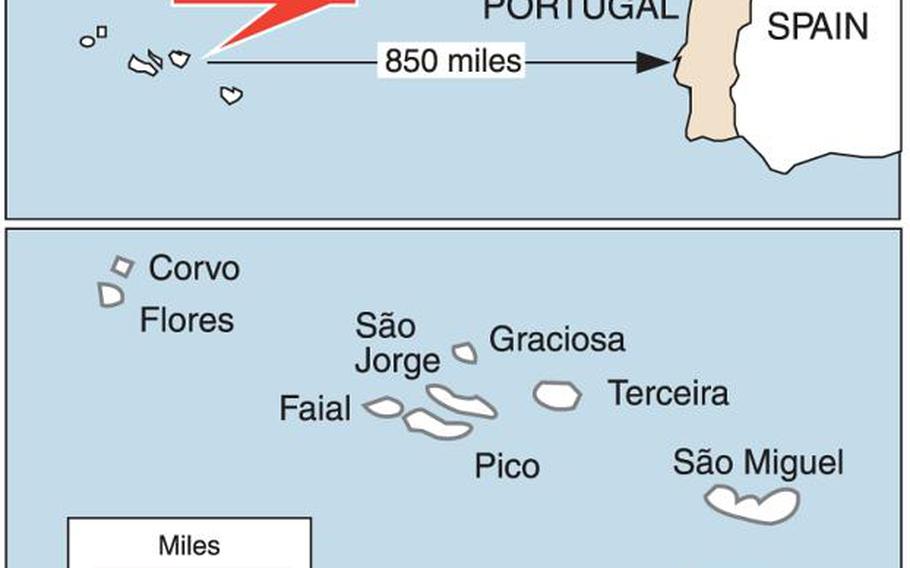 Plans call for the base&rsquo;s current workforce of 1,100 U.S. and Portuguese personnel to shrink by at least half, according to a Pentagon news release issued late Thursday.

The base, one of seven main operating bases under U.S. Air Forces in Europe, will lose more than 400 military personnel and 500 family members, Air Force officials said in a separate news release.

The last families are scheduled to depart the island by summer of 2014. Incoming airmen will serve 12-month unaccompanied tours, officials said.

The lone Defense Department school on base will be shuttered. About 300 of the 400 buildings on base will also be returned to the Portuguese government, according to the Pentagon news release.

No aircraft are assigned to Lajes. The base provides refueling and other support to U.S. military and NATO aircraft and crewmembers transiting over the Atlantic Ocean. Support to aircraft operations will also be reduced, the Pentagon said in its release, while also noting that flight operations at the base have dropped over the years.

The downsizing is the most significant reduction announced so far for the Air Force in Europe, where the U.S. military footprint is getting smaller as part of a larger force restructuring plan driven by fiscal pressures and the Pentagon&rsquo;s shift in focus to the Pacific region.

Earlier this year, the Pentagon announced it would eliminate two Army infantry brigades in Germany and two Air Force squadrons in Europe, the 81st Fighter Squadron at Spangdahlem Air Base, Germany, and the 603rd Air Control Squadron at Aviano Air Base, Italy.

James J. Townsend Jr., deputy assistant secretary of defense for European and NATO Policy, said in a statement that the cuts were being driven by budgetary demands and don&rsquo;t reflect a diminishing strategic relationship between the United States and Portugal.

The reductions at Lajes will save an estimated $35 million annually, according to the Air Force news release.

&ldquo;The U.S. force posture is being adjusted to meet fiscal challenges, while maintaining a strong, capable relationship with our Portuguese allies and partners,&rdquo; Col. Chris Bargery, the 65th Air Base Wing commander at Lajes, was quoted in the Air Force news release as saying. &ldquo;Lajes Field&rsquo;s strategic mission is important and valuable, and will not change. But, the footprint with which we accomplish our mission will change.&rdquo;

Bargery on Thursday and Friday held a series of town-hall-style briefings to inform community members of the pending changes, a base official said Friday. About 150 people attended the first meeting Thursday night, including airmen, Department of Defense Dependents Schools-Europe teachers, Portuguese residents and military dependents, the base official said.

Plans for a drawdown had already been reported by some local media outlets. A Nov. 24 article in the Portuguese American Journal said the U.S. government had informed its Portuguese counterparts that it would significantly reduce its military presence at Lajes. Jo&atilde;o Ormonde, the representative of the Portuguese workers at Lajes, was quoted in the article as saying the decision could significantly affect the economy, since more than 700 residents worked at the air field, making it the island&rsquo;s second largest employer.

&ldquo;We have yet to officially identify the military and civilian positions that will be eliminated as part of this drawdown,&rdquo; Bargery was quoted in the Air Force release as saying.

The base should reach its end-strength in personnel and footprint by mid-2014, the release says.

Lajes Elementary High School is expected to close after the 2013-14 school year, DODDS-Europe spokesman Bob Purtiman said Friday. The current enrollment is 296 students in kindergarten through 12th grade, while 52 teachers, administrators and support personnel are employed at the school, Purtiman said. Teachers will be placed elsewhere in the DOD&rsquo;s educational system after the school closes, he said.

Lajes Field is on the island of Terceira, part of the nine-island Azores archipelago in the mid-Atlantic. The field is also host to a civilian airport, which shares the runway with the U.S. and Portuguese militaries. Washington will pay to maintain tower operations and emergency firefighting services, according to the Pentagon release. The United States has had a presence in Lajes since World War II, when Portugal allowed the U.S. and Great Britain to combat the threat of Nazi submarines. The field was also a stopover for Europe-bound aircraft at a time when aircraft range was considerably smaller, the Pentagon release says.