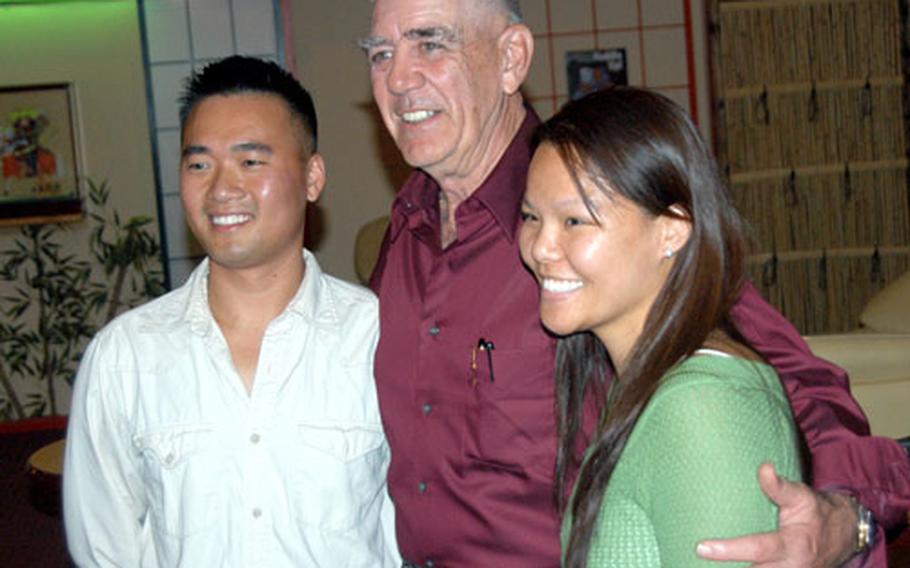 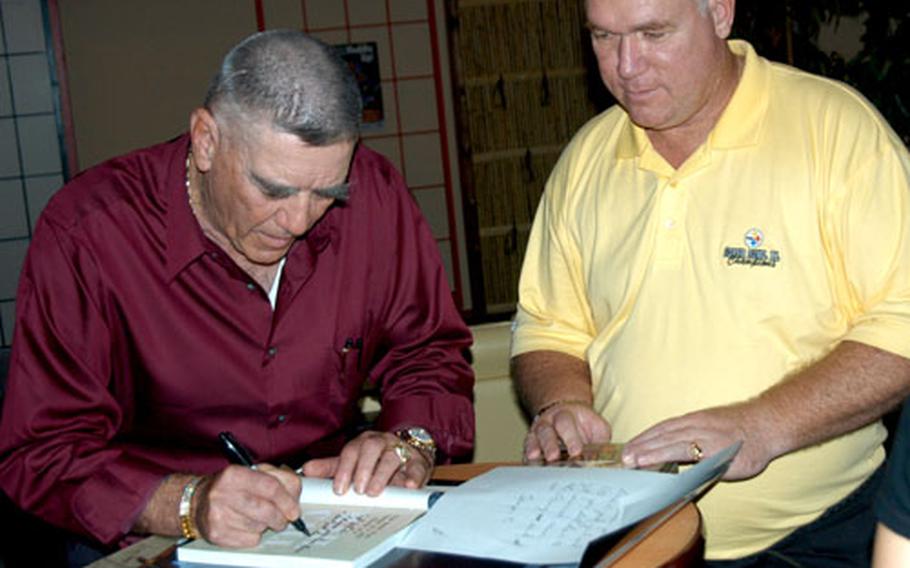 R. Lee Ermey signs a copy of his book, “Mail Call,” for Harry Rush, also a retired Marine, during a 2006 visit to the Yokota Officers’ Club. (Vince Little / S&S)

On Saturday, the 62-year-old actor and retired honorary gunnery sergeant stopped by the Yokota Officers&#8217; Club to chat with base residents, sign autographs and pose for photos. He was at Camp Fuji a day earlier and also toured Marine Corps Air Station Iwakuni earlier in his Pacific trip.

After the Yokota stop, Ermey was headed to Okinawa for two weeks to take part in another round of Marine Corps balls.

Ermey spent a dozen years in the Marines, doing a Vietnam tour and two more on Okinawa. Now host of &#8220;Mail Call&#8221; on The History Channel, he has a new book out with the same title .

According to his Web site, Ermey was studying drama at the University of Manila in the Philippines when legendary director Francis Ford Coppola discovered him while filming &#8220;Apocalypse Now&#8221; nearby. He&#8217;s gone on to star or appear in about 40 films.

But unlike others in Hollywood, Ermey says he considers himself a Marine first. He attends up to 15 Marine Corps balls a year.

He said he has the utmost respect for today&#8217;s servicemembers and gets the same in return during his many visits.

When he was active duty, Ermey said he was sent to Camp Fuji twice in 1963 and again the following year for short stints. &#8220;There was no permanent building or even a fence there back then,&#8221; he recalled.