Lunch and a show bring culture to Hanau 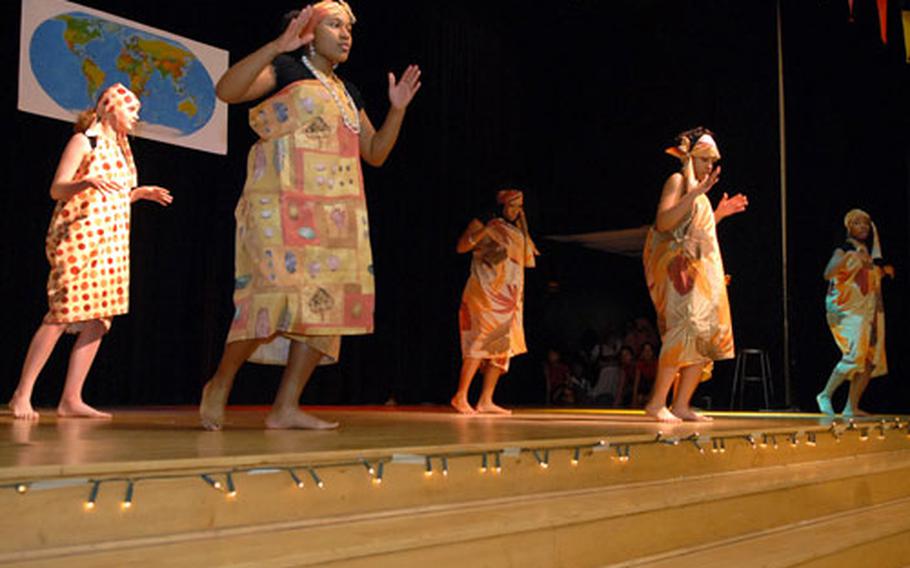 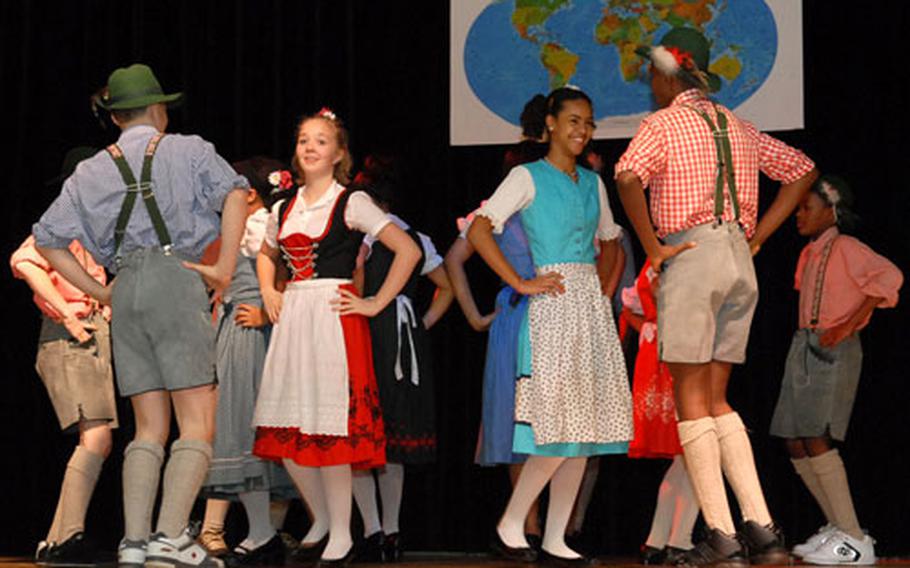 Students, family and friends were treated to food from around the globe for lunch, as the school band played Christmas music. Then the students performed international dances. (Michael Abrams / S&S) 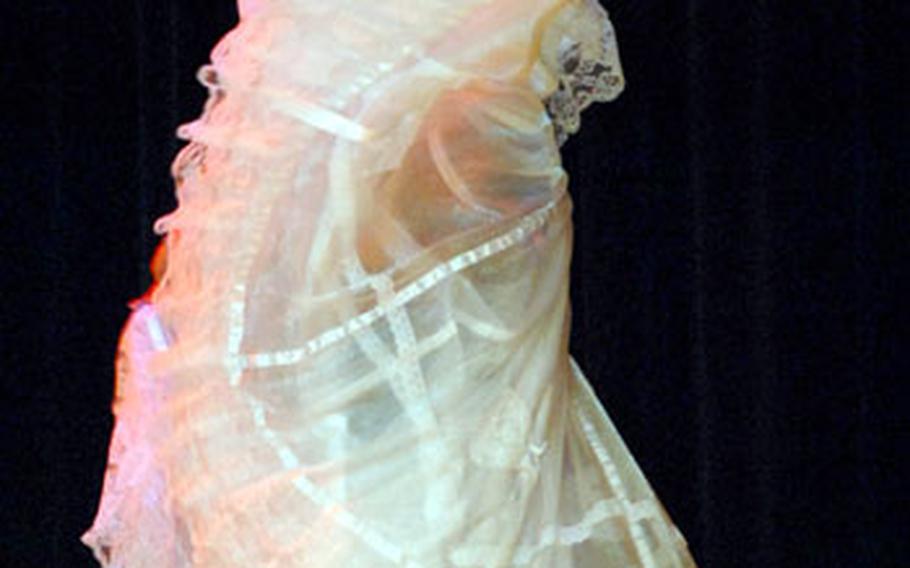 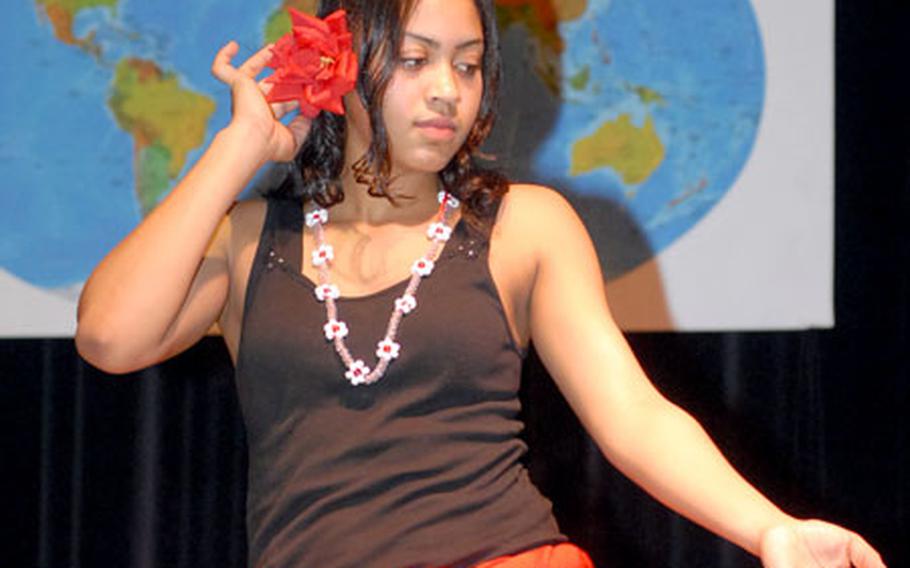 Vanessa Whatley performs a Tahitian dance as she and other students entertain the audience during the Hanau Middle and High School&#39;s Around the World Festival on Thursday. (Michael Abrams / S&S) 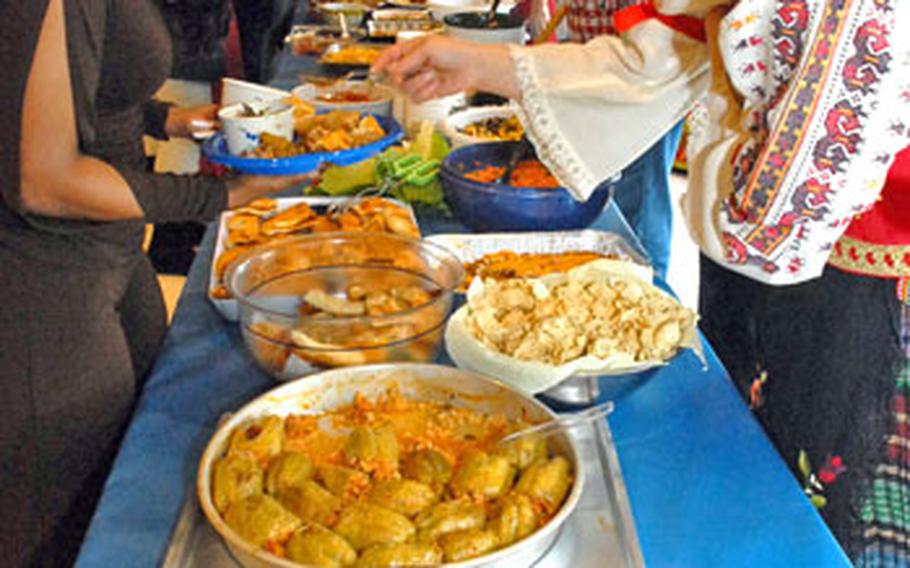 Students, family and friends try food from around the globe at the Hanau Middle and High School&#39;s Around the World Festival. After lunch the students performed international dances for the student body. (Michael Abrams / S&S)

Here&#8217;s a lesson in multicultural dining: Sushi brings people together. Chicken gizzards, try as they might, do not.

That lesson wasn&#8217;t what Marta Marchisan had in mind when she planned the multicultural event that took place Thursday at Hanau&#8217;s consolidated high school and middle school.

Through singing, dancing and eating, she hoped the school would better understand the need to communicate with and understand other cultures.

Gizzards might not have been the best tool to accomplish that.

&#8220;There are some experimental people,&#8221; Luetta Kidwell, a school aide, said Thursday as she plied students, teachers and various visitors with spoonfuls of a soupy, reddish gizzard dish.

&#8220;Come on, you have to try new things,&#8221; she said while, a few feet away, nearly everyone stopped to get some sushi. A couple of students relented and took the gizzards.

That didn&#8217;t appear to be a problem. Willie Gray, a 16-year-old sophomore, who was one of the Schuhplattler lead dancers, nailed all his dance moves.

The production will be one of the last big events of the year for the closing school, said Johanna Keil, the school&#8217;s host nation German teacher. Because of that, she expects the students will think back fondly on the quirky event.