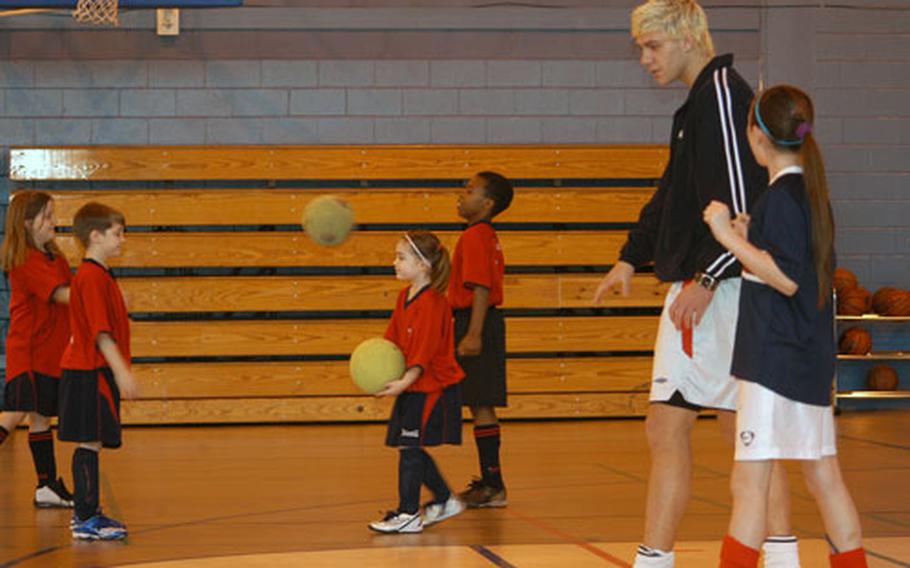 RAF MILDENHALL &#8212; In his quest to be a force in the world of soccer, 15-year-old Gregory Pettiway played under the auspices of U.S. Youth Soccer in Stuttgart, which is where his Air Force father was based before they moved to England.

The soccer program is essentially a way to cultivate young American talent for spots on national teams and maybe a place on the Olympic roster one day.

USYS has districts in each state and in overseas communities, with numerous districts around the major military communities in Germany.

The cream of the crop goes on to compete for a spot on the European team, with the best of that group going to the higher level back in the States.

In England, there is just one district, and Pettiway is now undergoing his UYS training here.

England has far fewer players attending and resources available than any of the German branches, so Pettiway sometimes doesn&#8217;t train with kids his own age when the U.K. district meets each month.

He has tried to persuade his schoolmates to come check out the program, so far to no avail.

Getting the word out on this program has been difficult for a number of reasons, according to Glynis Liston, who along with her son, Brian, coaches the U.K. district of USYS. Brian Liston just finished with the local Cambridge United team&#8217;s football academy.

Some of the American soccer talent in England who might join USYS already plays for local English clubs, which often compete on Sundays when the youth soccer program convenes each month, Glynis Liston said.

In addition to few players coming to try out, parents being reassigned out of England can play havoc with the program&#8217;s rosters, Liston said.

In theory, the U.K. district would field enough kids to hold friendly games with local British clubs, but that&#8217;s not possible until the numbers rise, she said.

Because of those small numbers, younger and older players end up kicking the ball around together, which is not an ideal situation, she said.

Still, the budding talents that are involved seem to enjoy themselves.

The coaching and cultivation of talent is there, Glynis Liston said. They just need more kids coming out.