Love in a war zone 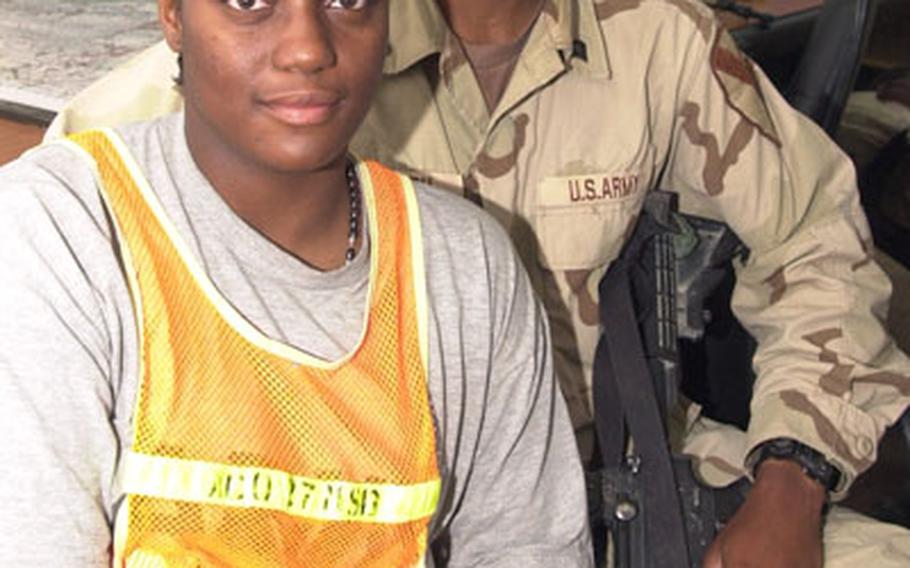 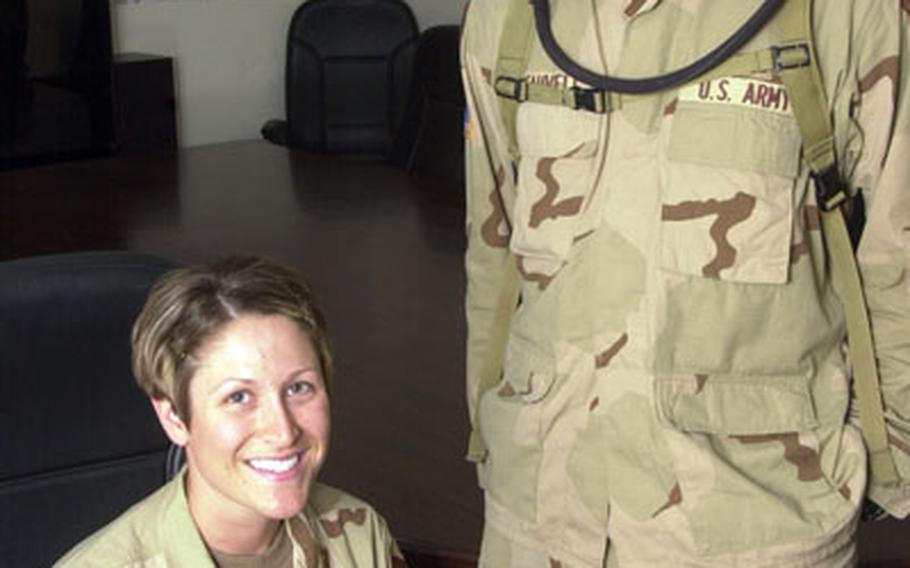 CAMP BLACK JACK, Iraq &#8212; In the modern Army, more and more husbands and wives are serving, and fighting, together.

Is it easier being together in a war zone than leaving spouses behind for a one-year deployment? That&#8217;s too simplistic, said two couples.

Yes, they&#8217;re together, but a marriage in a war zone is basically suspended. No overt affection. No privacy. Certainly no intimacy.

Experiencing what the war zone is really like, and what a spouse is doing in it, heightens some anxieties while alleviating others.

About 10 percent of the people in the active-duty Army were married to another soldier during fiscal 2002-2003, or about 50,000 out of 494,000, said Cathy Gramling, an Army spokeswoman in Washington. Between 2000 and 2001, the number of dual Army families increased to 11 percent from six percent, according to the Army Almanac.

At the time, Camp Cooke was getting mortared every day. Four Arkansas National Guard soldiers were killed in an April 24 attack.

Living at Black Jack with only sporadic rocket and mortar attacks &#8220;is 200 times better&#8221; than Taji, Ayesha Randolph says.

Cornelius Randolph is conscious of not flaunting their relationship in front of his brothers in arms, who are desperately missing their wives. That said, he never thought he&#8217;d be in a place where people could tell him what he could and couldn&#8217;t do with his own wife.

Brought together by the Army, the Randolphs say they are a case of opposites attracting. They laugh about not liking each other much when they met two years ago at a 1st Cav dining facility at Fort Hood, Texas.

He draws a direct link between his job and his wife.

Out in small teams at night, hunting down the enemy, &#8220;he has an extra dangerous job,&#8221; Ayesha Randolph said. But danger doesn&#8217;t respect gender; she risked her life every time she visited him.

On one trip, a woman dropped a bomb-laden purse off an overpass, Ayesha Randolph said. On another, two roadside bombs exploded, damaging an M-113 personnel carrier and a civilian car.

All things considered, being at war together is making their marriage stronger, the couple said. They don&#8217;t waste time arguing, Cornelius Randolph said.

After all, the little tests life throws at you pale in comparison to coping with being in a war zone, he said.

Tom and Heather Fauvell grew up together. They&#8217;ve known each other since the fourth or fifth grade, when their families lived a block apart in their central Long Island, N.Y., suburb.

They even went to the U.S. Military Academy at West Point together.

For the Fauvells, being married in a war zone means catching an occasional glimpse of a person a little different than the one they thought they knew all these years.

Heather Fauvell sees a man energized by a daunting mission &#8212; who goes from a relaxed, family-oriented man &#8220;to a motivated, hard-charging guy.&#8221;

Tom Fauvell likes seeing the ultra-organized officer to whom superiors go for advice.

Tom Fauvell&#8217;s job is especially hazardous &#8212; he&#8217;s outside the wire every day, working on utility projects around northwest Baghdad.

Sometime during the last five months, he said he realized it&#8217;s not about enhancing his officer efficiency report, but about making a difference.

Heather Fauvell&#8217;s attitude toward seeing her husband go out on missions is nonchalant.

Part of it is that she is a tough, gregarious personality who takes pride in staying up-tempo. She&#8217;s the one who went to air-assault school.

The Fauvells said they talk often about the future, about family and travel.

But being in Iraq together is not that bad.

For the moment, they&#8217;re savoring their luck of being together.