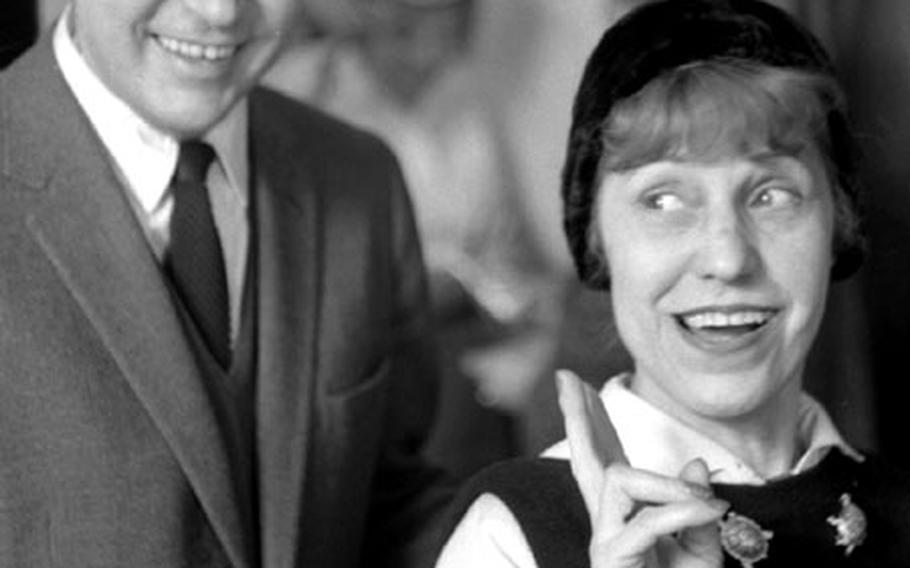 Actress Lotte Lenya and husband Russell Detwiler, an impressionist painter from Philadelphia, stop at Rhine-Main on their way from Berlin to New York in January, 1963. ()

Actress Lotte Lenya and husband Russell Detwiler, an impressionist painter from Philadelphia, stop at Rhine-Main on their way from Berlin to New York in January, 1963. () 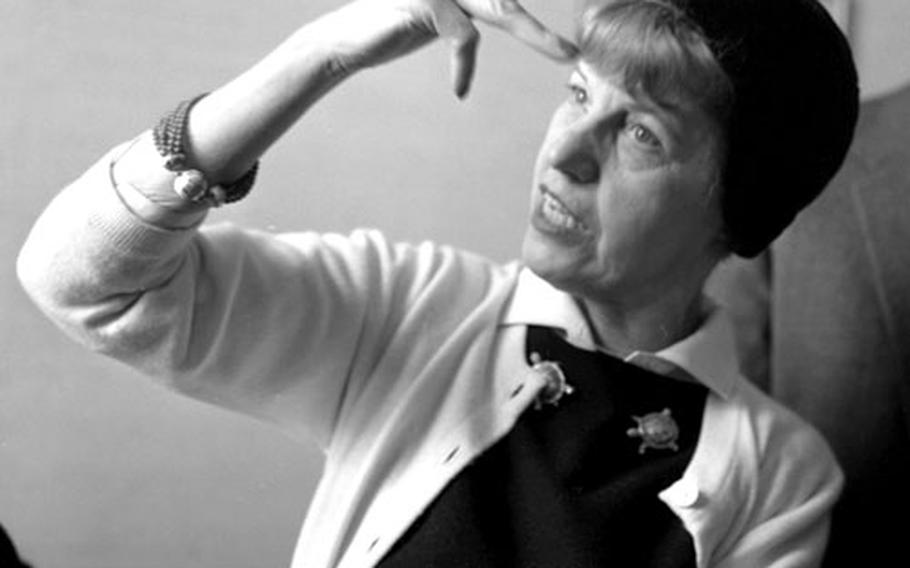 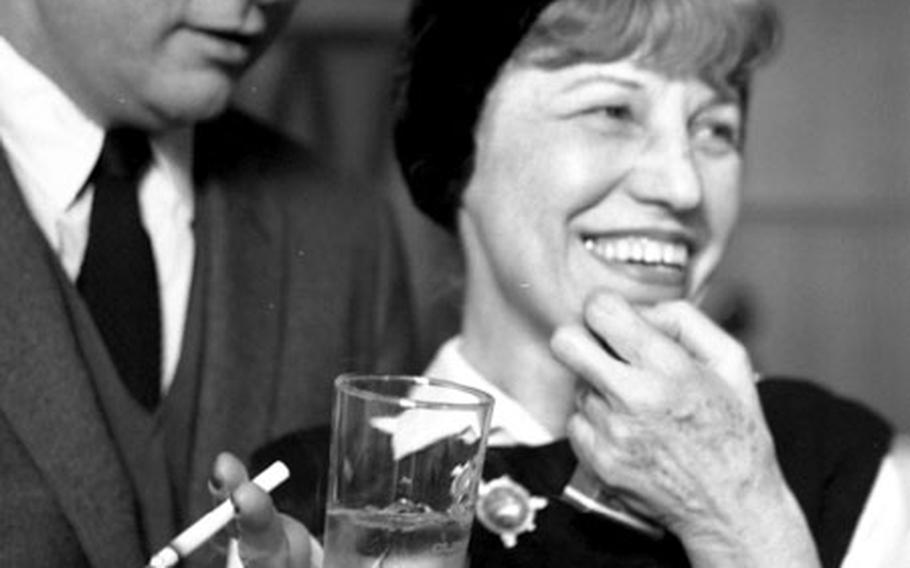 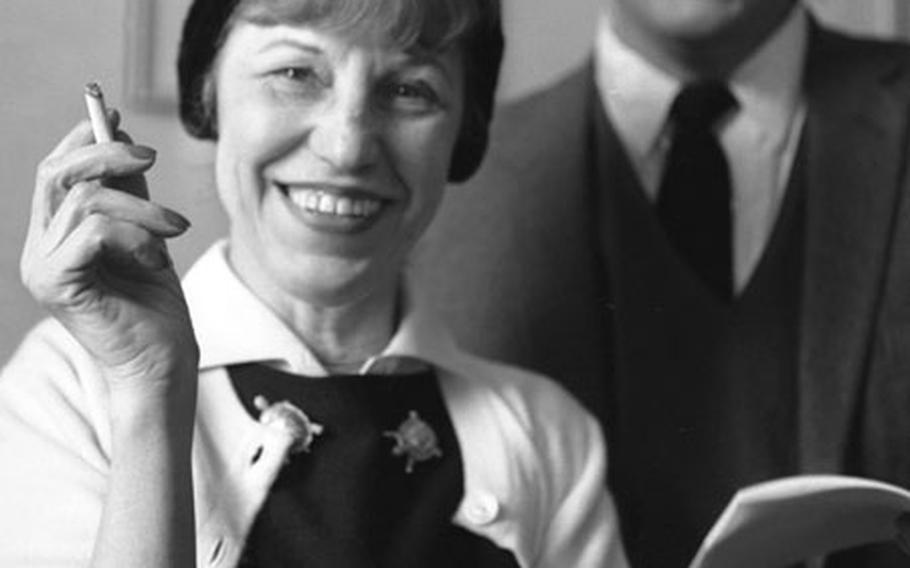 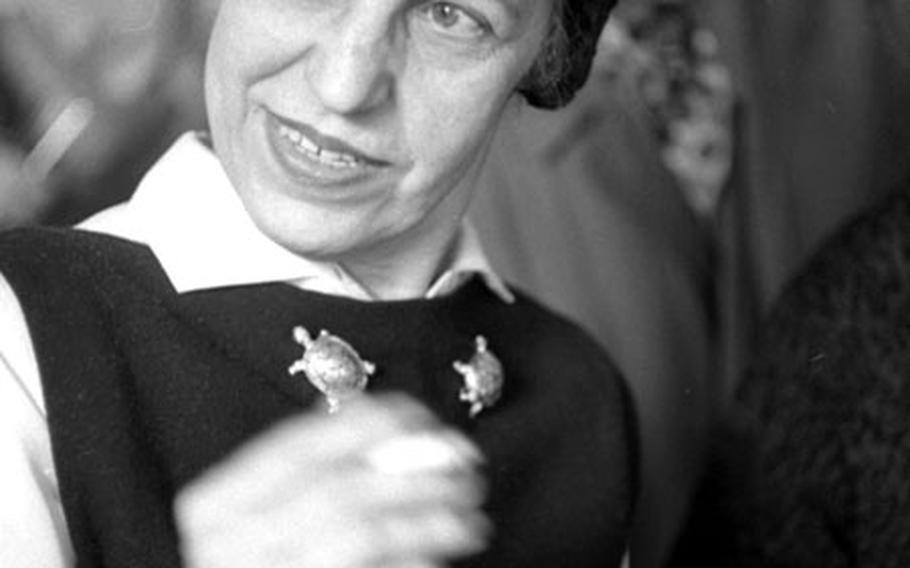 Bound from Berlin to New York, Miss Lenya stopped, over at Frankfurt's Rhine-Main Airport Tuesday. She took time to comment on the latest and most elaborate production of "The Threepenny Opera," the musical in which she starred 35 years ago and which, like Miss Lenya, has endured in the hearts of theatergoers.

While in Berlin, she took time to attend a private showing of the soon-to-be-released screen version of the Kurt Weill-Bert Brecht work filmed in Berlin with Curt Jurgens, June Ritchie and Hildegarde Neff &mdash; Miss Neff in the role of "Jenny," which Miss Lenya created.

Miss Lenya was accompanied by her husband, Russell Detwiler, an impressionist painter from Philadelphia.

"Technically it's a wonder, and I'm sure it will be a hit," Miss Lenya said of the Berlin movie. "But I feel a story like this one would be better presented in black and white

"This one is in technicolor and, to me, it doesn't seem to be the way to show a story about thieves and beggars and other people from the 'dark side' of society. That's just my opinion, of course. There have been so many technical changes in theater and movies."

If any opinion of "Threepenny" carries weight, it is Miss Lenya's. Not only is she the original star, but was married to Weill, who wrote the music, and a close friend of Brecht, who wrote the play.

From its 1928 debut in Paris, the trio of Brecht, Weill and Lenya lived with the show &mdash; through its early years of critical acclaim as Europe's biggest hit and through less happy times such as the day in 1933 when they were chased out of Berlin by Hitler, who, after their escape, condemned all Brecht-Weill works as degenerate art.

Since then. Miss Lenya has performed in and helped produce more reunions for "Mack the Knife" and his gang of London cutthroats than there have been for the Harvard Class of '28.

What does she think of moviedom's latest presentation of "her" show?

"Curt Jurgens does a fine job as Mack the Knife, but I think that Sammy Davis Jr. (who sings the theme song in the movie's prelude) is more the type the role calls for."

"... The part of Jenny, with Miss Neff, is pretty well unchanged. This is a part that just couldn't he changed much and she does a fine Job."

The rest of the production, she said, is different from the show as she knew it but should be just as successful as all the other versions.