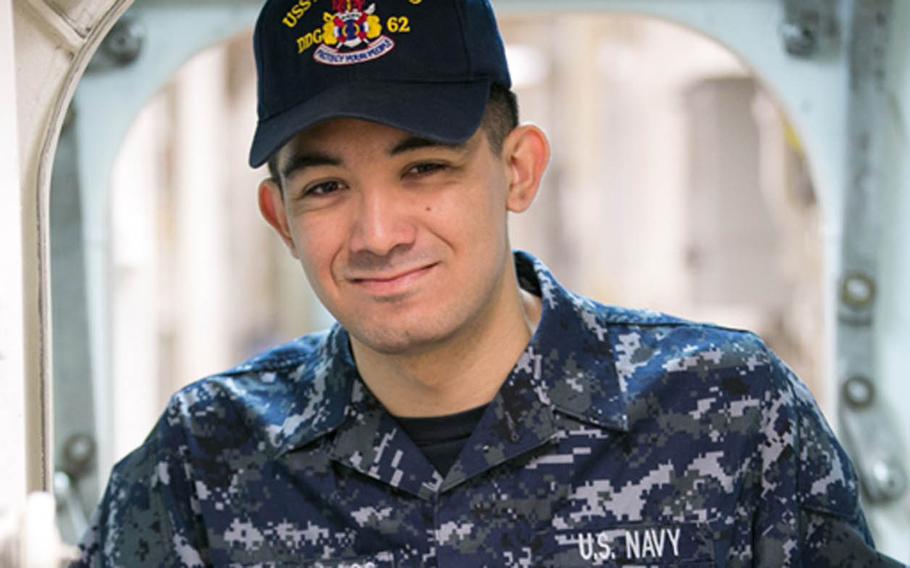 Yeoman 3rd Class Shingo Alexander Douglass, 25, of Oceanside, Calif., was one of seven sailors who perished when the destroyer USS Fitzgerald collided with a cargo ship off the coast of Japan, Saturday, June 17, 2017. (Courtesy of U.S. Navy)

Yeoman 3rd Class Shingo Alexander Douglass, 25, of Oceanside, Calif., was one of seven sailors who perished when the destroyer USS Fitzgerald collided with a cargo ship off the coast of Japan, Saturday, June 17, 2017. (Courtesy of U.S. Navy) 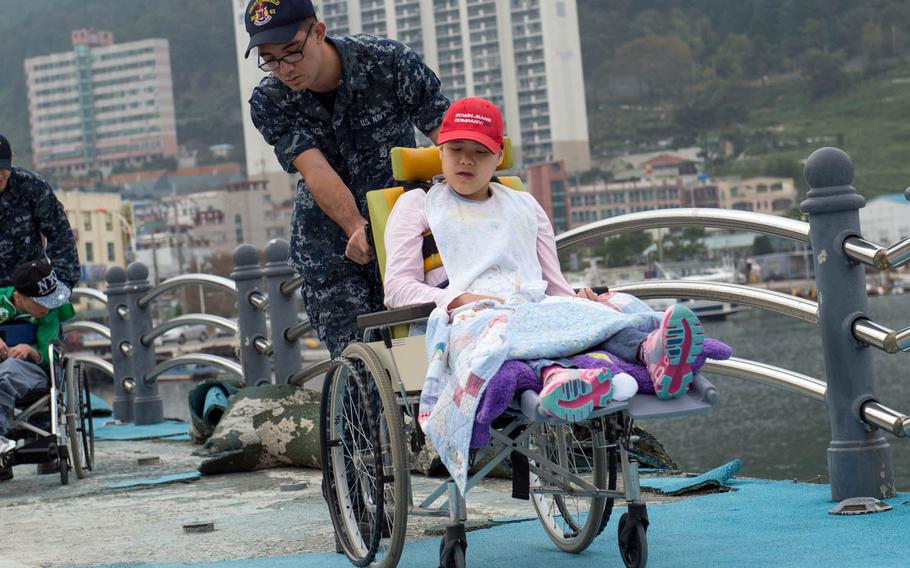 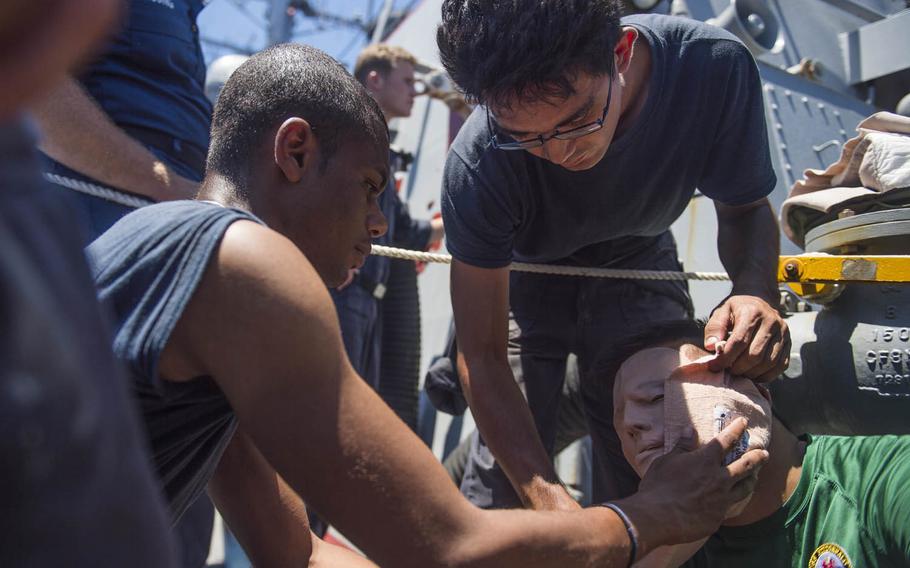 OKINAWA, Japan — Former Kubasaki High school classmates of a sailor who perished on the USS Fitzgerald Saturday say they are in shock at the loss of a friend.

Yeoman 3rd Class Shingo Alexander Douglass, 25, of Oceanside, Calif., near San Diego, was one of seven sailors who perished when the Arleigh-Burke class destroyer collided with a cargo ship off the coast of Japan on Saturday morning.

The son of a Marine, Douglass attended school at Camp Foster while his family was stationed on Okinawa.

Christal VanEtten, class of 2010, said she took a couple of classes with Douglass and recalls him as a “class-clown type and everyone loved him for it.”

“It didn’t take a genius to know he was a likeable person,” said VanEtten, who now lives and works in Tacoma, Wash. “Always friendly and always smiling. Even if it were a brief interaction, something about his personality rubbed off on you in a good way.”

Douglass played singles and doubles for Kubasaki’s tennis teams in 2007 and 2008. Teammates remembered Douglass as a jokester who could quickly lift the spirits of teammates, especially after a tough loss.

“I’m still in shock from this,” said Cait Frandsen, class of 2009, Kubasaki’s top girls’ singles player in those years. “He was a great part of the tennis team. I can’t stop thinking about all the memories with him. Everything’s just flooding. His smile, his laugh, the way he talked. He was such a joy.”

During the 2008 Far East tournament at Kadena, Frandsen said she remembered Douglass lifting the team’s spirits.

“I lost a match and was grumpy about it, but Shingo found a way to make me laugh,” Frandsen said. “I remember thinking how perfect our team was and how Shingo was a great part of it. He was just always super optimistic and goofy. Always made everyone smile. Such a great guy, seriously.”

Frandsen’s older sister, Tanya, said she and Cait talked about how Douglass was “the only boy from high school not afraid of our dad,” Marice, a retired Marine who was a constant presence at the Frandsens’ matches. He could be somewhat intimidating; “He had to be with three girls,” Tanya Frandsen said jokingly.

“Shingo would be so comfortable around my dad,” Cait Frandsen said. “My dad loved that, and I remember thinking how sweet Shingo was for that.”

“My mind’s going a mile a minute,” he told the newspaper.

Douglass was an avid videogame player “and a really good kid” who followed in his dad’s footsteps because military service was important to the family, his father told the Union Tribune.

Douglass enlisted in the Navy in 2014 and joined the destroyer in early 2015, following entry level training at Naval Station Great Lakes and in Mississippi, the newspaper reported.

In a February 2015 Navy news release, Douglass said he was proud to serve his country aboard a destroyer in Japan, and added that it was an exciting time to be in the military.

“I maintain the outside of the ship by sanding and painting, line handling and raising and lowering the rafts,” he said.

Navy images show Douglass pushing a disabled orphan in a wheelchair during a visit to a South Korean orphanage in October.

Douglass said he was proud of the work he was doing as part of the Fitzgerald’s 300-member crew, living thousands of miles from home, and protecting America on the world’s oceans.

“I enjoy being in Japan, working with the Japanese Navy and getting underway frequently,” he said in the statement. “The Navy is allowing me to travel, get a better understanding of how they operate while out at sea.”

Douglass is survived by his father and mother, Ritsuko Douglass, the Union Tribune reported.