Looking to a German for U.S. history 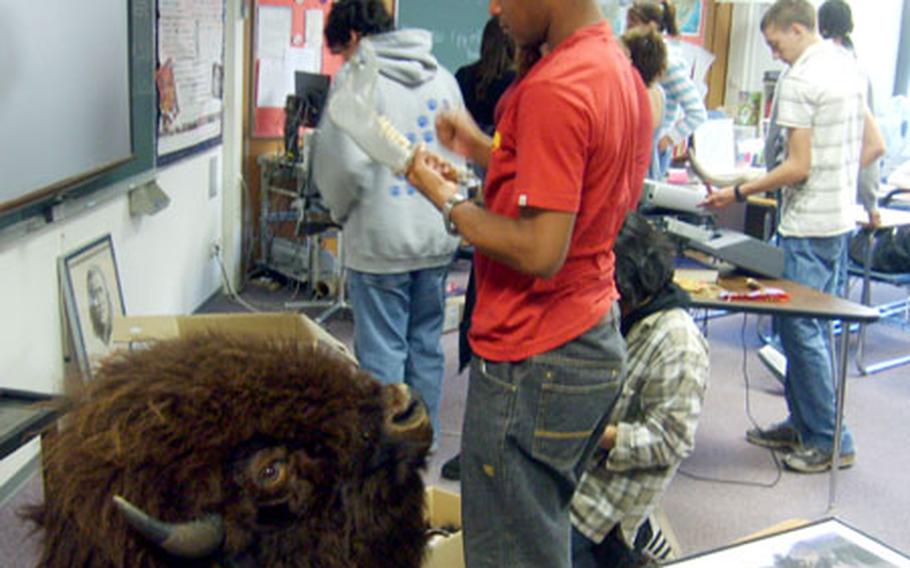 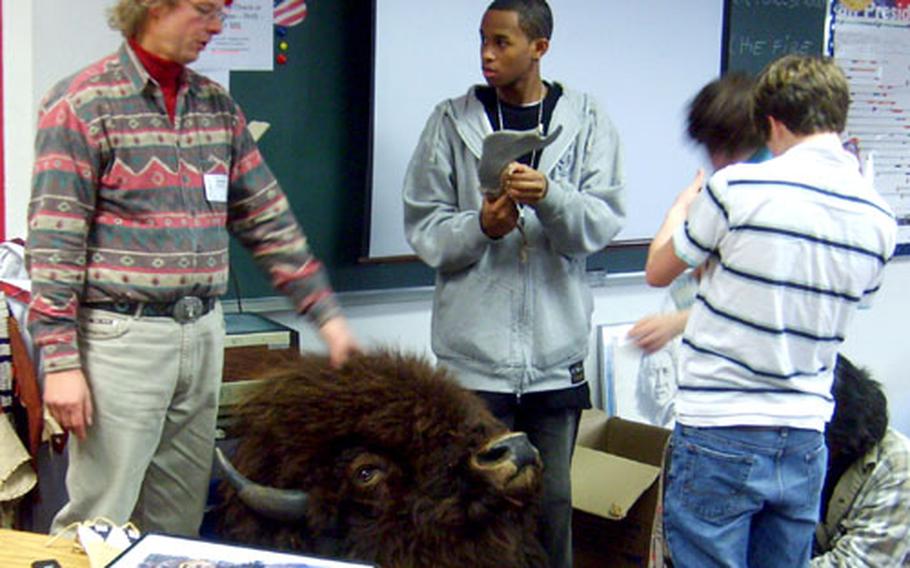 RAMSTEIN AIR BASE, Germany &#8212; A blond German isn&#8217;t exactly who you would expect to be the guest speaker for Ramstein High School&#8217;s Native American Heritage Month.

But on Wednesday, Peter &#8220;Forest Wolf&#8221; Heiser, a German who owns a moving company in Idar-Oberstein, spoke to three history classes on American Indian heritage and culture.

Bryan Sanchez, who describes himself as belonging to the Zuni tribe in New Mexico, had asked Heiser to speak to the classes.

Sanchez, coordinator of the school&#8217;s internship program, says he believed Heiser had a better feel for the culture and the history than he has.

Throughout his presentation, Heiser pointed out that every person is fundamentally the same, no matter what race or color.

He also compared the American Indian tribes to the Celtic and Germanic tribes who once lived in the area, saying they had similar structure and beliefs.

In the early 1990s Heiser learned about American Indian culture from Archie Fire Lame Deer, a Lakota chief and medicine man who had come to Europe to teach American Indian practices to Europeans interested in the culture.

Over the years Heiser has visited numerous tribes around the United States and has performed American Indian rituals like the sun dance, in which participants dance for four days without food or water and sitting in a sweat lodge to discover personal visions.

The fact that he was German, he said, didn&#8217;t make a difference when talking about the American Indian culture.

Students said they were interested in what he had to say.