Looking past the rubble at Taji's future 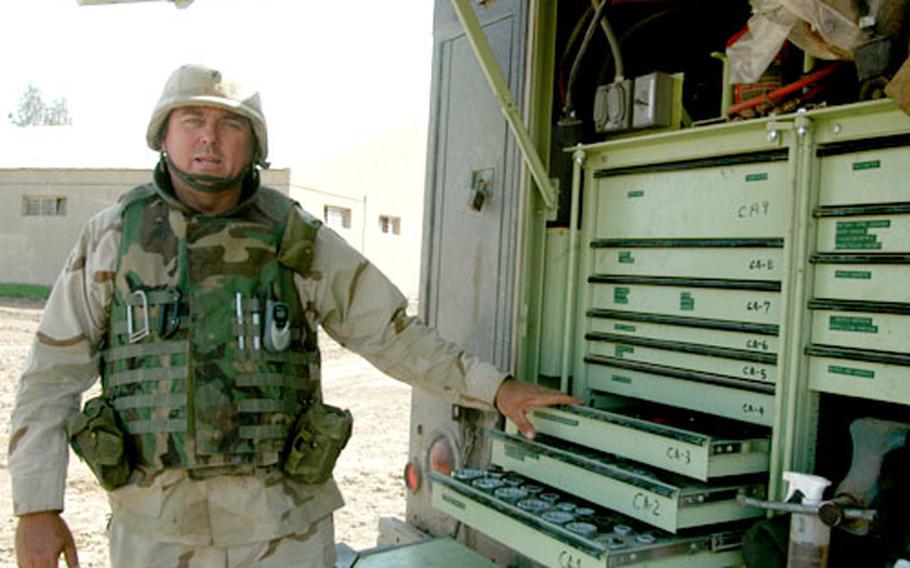 Sgt. Keith Miller of the 878th Engineer Battalion displays the tools he uses to keep the combat heavy engineer equipment running. Miller’s Georgia National Guard unit is clearing the air base for use by the U.S. Army. (Marni McEntee / S&S)

Sgt. Keith Miller of the 878th Engineer Battalion displays the tools he uses to keep the combat heavy engineer equipment running. Miller’s Georgia National Guard unit is clearing the air base for use by the U.S. Army. (Marni McEntee / S&S) 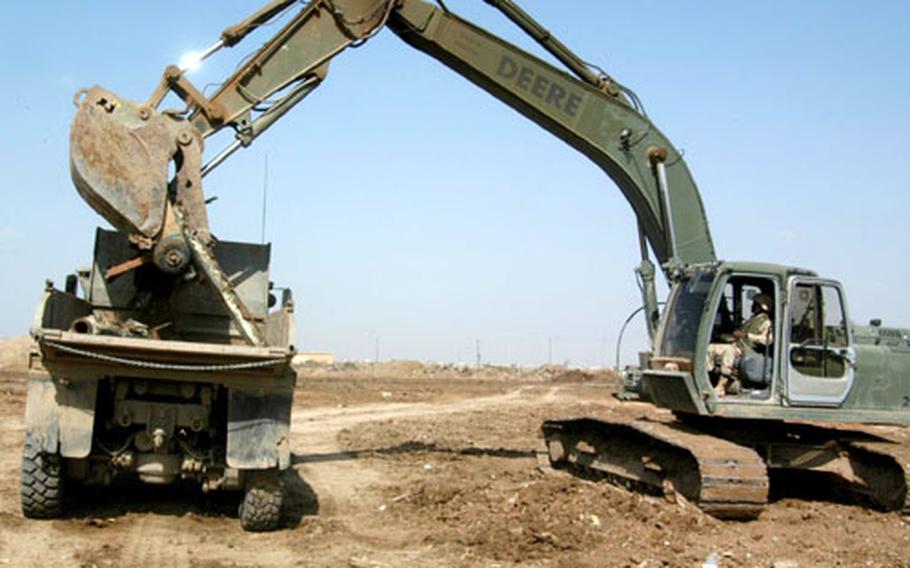 Sgt. Calvin Mutcherson of the 878th Engineer Battalion dumps debris into a truck at a former Iraqi air base in Taji. The U.S. Army will use the compound as one of its eight enduring bases in Iraq. However, the engineers, who are scheduled to rotate out in June, probably will not enjoy the fruits of their labor. (Marni McEntee / S&S) 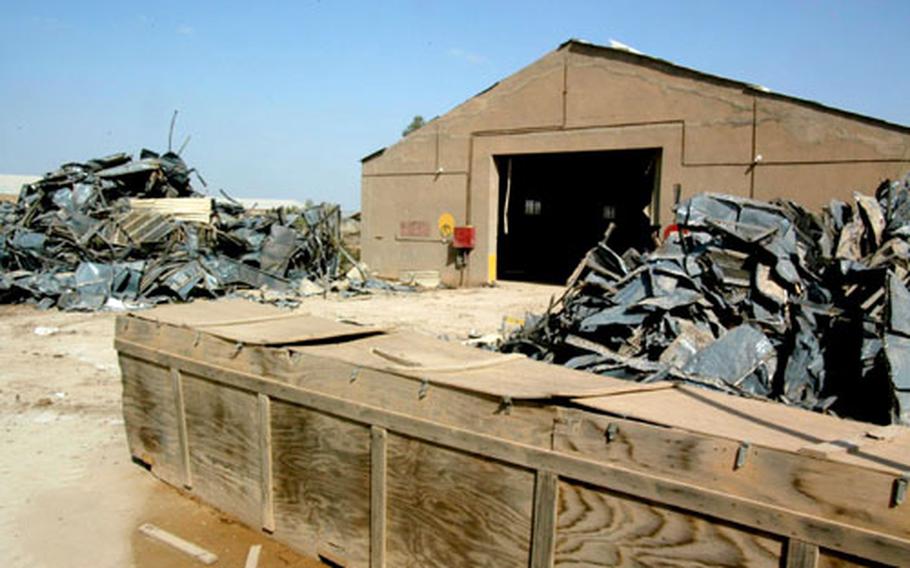 Tons of scrap metal and debris — like this pile taken from an old warehouse — have been removed from the former Iraqi air base in Taji. (Marni McEntee / S&S)

TAJI, Iraq &#8212; It takes a vivid imagination to see the old Iraqi air base at Taji as any sort of prize.

&#8220;It is the hugest junkyard I have ever seen in my life,&#8221; said Sgt. Keith Miller, a mechanic with Company C, 878th Engineer Battalion, a Georgia National Guard unit.

The earth shakes at intervals throughout the day as disposal teams blow up tons of abandoned Iraqi ordnance. Iraqis comb through the crushed metal to sell it off as scrap.

Heath&#8217;s unit, a combat-heavy engineering force of about 350 troops, is slowly turning Taji around. They hired 3,000 Iraqi laborers to help.

Since arriving at Taji three months ago, engineers have removed tons of debris. So much remains, however, that at least three or four tires on the unit&#8217;s graders, dump trucks and Humvees are punctured every day, Miller said.

Engineers are cleaning, grading and laying gravel on land for motor pool lots, helipads and living areas. The unit&#8217;s carpenters and electricians are upgrading buildings.

&#8220;This is something we can leave here,&#8221; said Spc. Joel Edge, 47, of Superton, Ga. Edge, an industrial electrician back home, was helping rewire a building to be used for a computer center, souvenir shop and phone center.

Other 878th soldiers have set aside their own tools to guard Iraqi and Turkish contracted workers, who are refurbishing buildings and setting up the water distribution system.

Many of the troops who will move into Taji come from the Fort Hood, Texas-based 1st Cavalry Division. The 1st Cav will swap out with the Wiesbaden, Germany-based 1st Armored Division by mid-April.

Plenty of U.S. soldiers lived at Taji before any major improvements were made. Fourth Infantry Division troops just moved out on Friday. The 878th moved to Taji from Tallil, Iraq, in November.