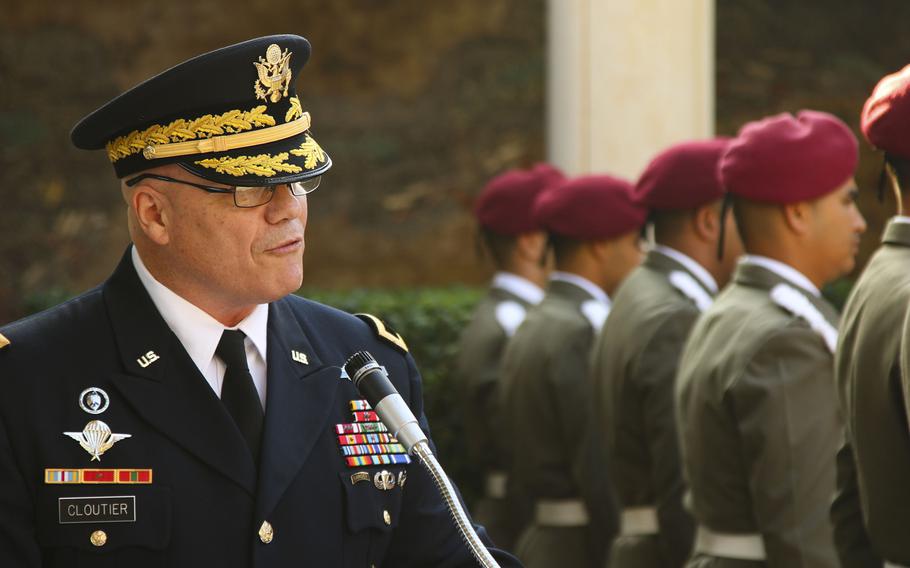 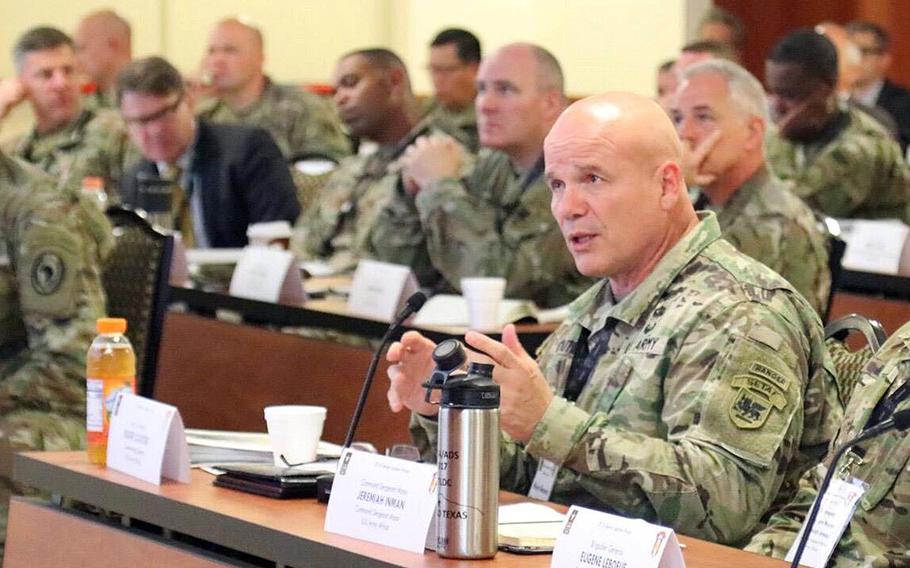 VICENZA, Italy — Maj. Gen. Roger Cloutier took command of U.S. Army Africa here at a complicated time in the use of American forces on the world’s second-largest continent.

His tenure began just three months after the release of his investigation into the October 2017 attack near a village on the Niger-Mali border that left four soldiers on a special operations mission dead.

It was the U.S. military’s largest loss of life in Africa since the 1993 mission in Somalia portrayed in the book and movie “Black Hawk Down” and set off a furor about clandestine operations and accountability within U.S. Africa Command and U.S. Special Operations Command that has yet to subside.

Meanwhile, since Cloutier took command in August, the Trump administration has said it plans to shift focus in Africa away from counterterrorism operations and toward “near-peer competition” with Russia and China, who are seeking to grow their influence on the continent and around the world.

Cloutier, already well-versed in broad strategic objectives in Africa from a previous post as chief of staff for the head of AFRICOM, sat down with Stars and Stripes last week in his office on Caserma Ederle for a wide-ranging interview about lessons learned from the deadly ambush and about the future of USARAF, which under his six predecessors expanded its budget and activities.

In the Niger inquiry, the general found widespread problems across all levels of the counterterrorism operation, including in training, communications, planning and oversight, prompting significant changes. Operations now require more oversight and support with less tolerance for risk, officials have said.

“There were a lot of lessons that came out of Niger,” Cloutier said. “There’s been a lot of hard work done to correct those.”

The investigation also provided Cloutier with the lens for reviewing how USARAF operates.

“We make sure we understand why we’re going there, who’s going and what’s the purpose,” he said. “And if things aren’t right or we don’t feel comfortable with the risk associated with it, then we don’t do it.”

In the decade since USARAF and its parent AFRICOM were stood up, the component command has grown from an organization with a $10,000 budget for a single theater security cooperation event in 2008 to a $41 million operation that organized 545 such events over the past two years.

On any given day, USARAF oversees some 2,000 active-duty, reserve and National Guard soldiers, many from a rotating stateside brigade. They do not engage in combat missions, but generally deploy in small groups for short periods of time to train local forces in a variety of combat skills and support for military operations.

As an example of using the command’s finite resources to make a sustainable difference, Cloutier pointed to a contingent of three American soldiers he met on a recent trip to Tunisia where they were training troops on countering improvised explosive devices.

“The Tunisians are training hundreds of others,” Cloutier said. “Now we’re building capacity in the Tunisian army.”

USARAF helped set up a sergeants major academy in Malawi five years ago to strengthen the country’s noncommissioned officer cadre and has subsequently graduated more than 240 sergeants major from 18 African countries.

The command also co-hosts an annual conference of African army chiefs and participates in several annual medical and military exercises, the latter of which often involve training for United Nations peacekeeping operations.

While the Pentagon plans to withdraw hundreds of troops from Africa, about 10 percent of its forces there, to realign with its strategic focus on countering threats from China and Russia, USARAF so far is not expecting cuts.

Though some critics of the mission claim “if you go to Africa you consume readiness,” Cloutier said, he disputes that view.

“It’s a readiness builder,” he said, adding that missions to boost partner country’s capabilities are planned around U.S. training and readiness requirements. “I think in most cases we’re able to achieve both.”

Still, he said he supports the idea of swapping the regionally aligned brigade — currently the 2nd Brigade, 101st Airborne Division — with one of the Army’s new Security Force Assistance Brigades. Tailored for training and advising foreign militaries and police, and meant to free up brigade combat teams to focus on near-peer combat, such brigades comprise about 800 seasoned troops.

The Army plans to stand up six SFABs. Sen. Jim Inhofe, R-Okla., chairman of the Senate Armed Services Committee, has said he wants to see one in Africa, and AFRICOM’s commander has supported the idea, but so far Afghanistan has gotten the first two publicly announced SFAB deployments.