Looking for answers in soldier's death 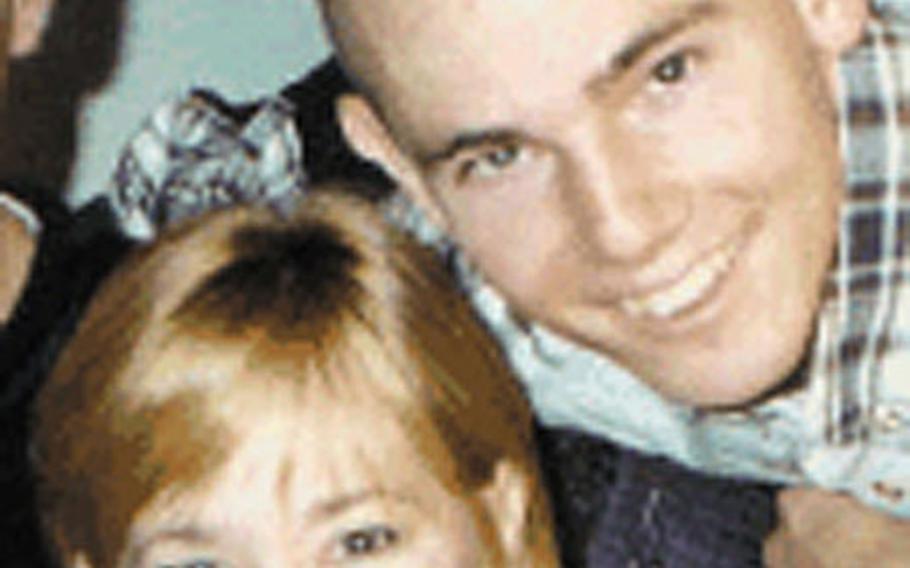 BAUMHOLDER, Germany &#8212; The details seem to change with every story.

More than six weeks after his death, Spc. Jonathan Stehle&#8217;s family still has not been able to piece together how the 1st Armored Division soldier died.

All the family knows for certain is that Stehle &#8212; an Abrams M1A1 tank gunner assigned to the 1st Squadron, 1st Cavalry Regiment out of B&#252;dingen &#8212; died in a Nov. 8 training accident at Grafenw&#246;hr Training Center in southeastern Germany.

No accident report, no autopsy. Only contradictory death certificates &#8212; one German, one American.

The certificate with a German stamp states that Stehle died both of drowning and hypothermia. The family received a second death certificate Dec. 18 from U.S. officials listing the cause of death as drowning.

The only detailed document the Stehle family has about Jonathan&#8217;s death is a letter of condolence from his platoon leader and tank commander, 1st Lt. Michael Sekerak, a letter that ends, &#8220;Thank you for your son.&#8221;

&#8220;I realize that this is a difficult time for you, but I wanted to share with you my experiences with Jonathan so you know how loved he was, and that he did not die in vain,&#8221; Sekerak wrote.

&#8220;On Friday, Nov. 8, I saw Bandit 66 (Stehle&#8217;s tank) go over a small rise and fall into a large, water-filled sinkhole. We tried everything we could have conceived of to pull the tank out, but it was over halfway buried in mud and water. My soldiers dug in the freezing cold mud and water even after their hands and feet were numb to try and free the tank, but to no avail,&#8221; he wrote.

Other soldiers in Stehle&#8217;s unit described his tank as driving over a sinkhole and dropping in so far it was nearly vertical, with its gun barrel pointed forward into the mud, Storrie said.

The 68-ton Abrams started filling with cold water and, in a quicksand situation, the more rescue vehicles tried to free the tank, the more it sank.

The effort apparently freed Stehle, but he died after being helicoptered to a German hospital, according to information from the 1st AD. The German government didn&#8217;t release his body for five days because of their investigation, Storrie said.

German police at the Weiden headquarters, which includes Grafenw&#246;hr, did not respond to repeated requests for information.

Conflicting accounts Early on, soldiers in Stehle&#8217;s unit told the family that Stehle laughed and joked to try to steady his rescuers.

Storrie was somewhat comforted by the idea that the cause of death was hypothermia &#8212; though numbed by the cold, he died smiling.

Later, the family found out that probably wasn&#8217;t true.

Soldiers from the Black Hawk squadron told Jennifer Stehle differing and conflicting accounts. Some told her that Jonathan Stehle was alive when he came out of the tank and that he died later of hypothermia.

The family is left with many questions, but few reliable answers.

Was he submerged in water?

Some soldiers in his unit describe rescuers working to scoop out the mud while others fed oxygen to Stehle.

Were soldiers giving him oxygen to keep him from drowning?

And who was commanding the tank Stehle, a gunner, was driving at the time of the accident?

&#8220;You&#8217;re probably asking why he was driving even though his assigned position was gunner,&#8221; Sekerak wrote in his letter. &#8220;At the time of the accident, we were conducting loader and gunner training where each tank commander was independently maneuvering his tank across country.

A spokesman for 1st AD confirmed that two soldiers escaped from the tank, but no one has told the family who they are.

Storrie said her family isn&#8217;t looking for someone to blame for her brother&#8217;s death.

Devoutly Christian and patriotic, they believe Jonathan Stehle left this world according to &#8220;the Lord&#8217;s timing,&#8221; as she put it.

But Storrie said she would just like to know what happened.

And it would be some consolation if Stehle&#8217;s death brings changes in the M1A1 tank that will prevent other men from dying in training accidents, she said.

Meanwhile, they wait for the whole story.

BAUMHOLDER, Germany &#8212; When Jonathan Stehle joined the Army in 2000 at 22, his goal was to fly AH-64 Blackhawk attack helicopters.

But Stehle would have had to do a 1-year unaccompanied tour of South Korea. He had gotten married just six months earlier and didn&#8217;t want to be away from his wife, Jennifer, for that long.

So rather than quit on his dream of being a warrior, he went to Plan B and ended up in the storied Black Hawk Squadron, a tanker in the 1st Armored Division.

Stehle became the gunner in the command Abrams M1A1 main battle tank, in charge of the crew whenever the platoon leader leaves the tank.

The Army was a good fit for her baby brother, said Stacie Storrie.

Stehle, a specialist, was proving himself a superior soldier before he died in a Nov. 8 training accident, according to a condolence letter written by his tank commander in the 1st Squadron, 1st Cavalry Regiment based at B&#252;digen.

The gunner position in the platoon leader&#8217;s tank usually goes to the most experienced soldier, wrote 1st Lt. Michael Sekerak. &#8220;The fact that I selected Jonathan as my gunner over even more experienced senior platoon members shows the caliber of soldier he was,&#8221; Sekerak wrote.

Their tank, Bandit 41, had just qualified superior &#8212; the highest rating &#8212; on Tank Table VIII just before the accident.

His choice of careers and his success were no surprises, Storrie said. Stehle had favored military haircuts and bomber jackets long before he joined up.

So many people came to his funeral in College Station that the family had to have it in the gym at the junior high school where he played basketball, Jennifer Stehle said. &#8220;We estimate 450 people showed up.&#8221;

When Choate found out Stehle had died, Choate told his father he was going to Texas from Princeton, W.Va., for the funeral &#8220;no matter what.&#8221;

Stehle&#8217;s parents gave him a small cross to remember their son by, Choate said. &#8220;Everytime I get inside of my tank, he will be there with me, watching over me just like he always did.&#8221;

When a soldier dies, it sets in motion a number of events.

First, the battalion level adjutant locates the soldier&#8217;s casualty notification card for addresses of primary and secondary next-of-kin, according to Army sources.

That information then goes to the Assistant Chief of Staff for Personnel in Washington, D.C.

Once they have the next-of-kin&#8217;s address, a soldier of the proper rank is designated as the casualty notification officer.

The notification officer often is a reservist who may teach ROTC at the local college, Army officials said.

The notification officer, in uniform, delivers the news in person. A casualty assistance officer becomes the Army&#8217;s liaison to the family, helping with administrative issues such as the soldier&#8217;s final pay and benefits, as well as funeral arrangements.

The safety investigation looks for the role of equipment deficiencies in the accident, such as earlier problems with the M1A1 gun turret, the source said.

Unit commanders must receive and approve the 15-6 findings before it can be released.

The people the dead soldier designated as the primary and secondary next-of-kin receive the report and may request that other people be allowed to attend a final briefing on the death.