Looking for a scare? There may be one nearby 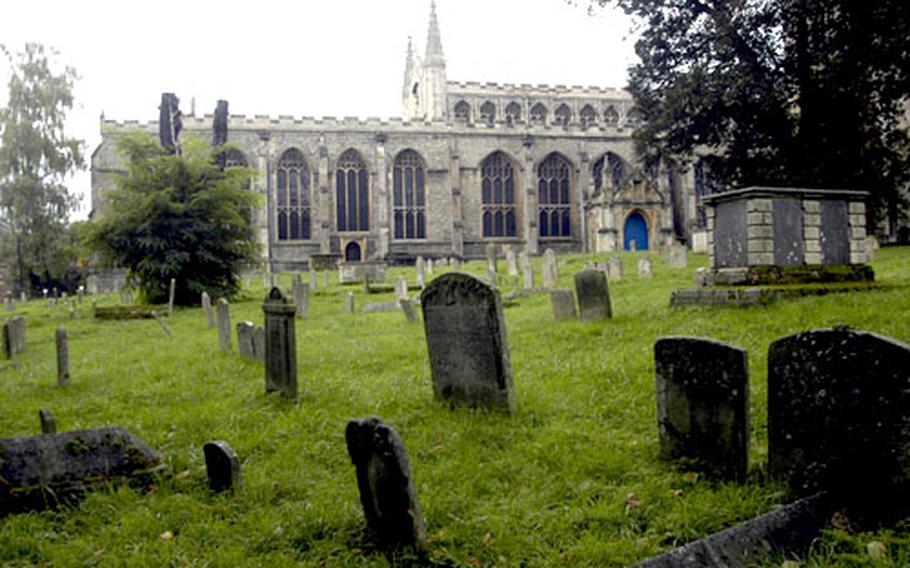 The grounds of an ancient abbey and graveyard in downtown Bury St. Edmunds have a spooky feel. (Jason Chudy / S&S)

Looking for a scare?

Here is a short list of some haunted sites around military bases in the United Kingdom:

As the full moon rises over the ruins of the city&rsquo;s old abbey, the ghosts of its long-dead monks have been seen wandering around the site or standing by its old gatehouse. The abbey is located in the center of town, about 10 miles southeast of RAFs Lakenheath and Mildenhall.

Pengersick Castle bears the name of what its Web site describes as one of the most &ldquo;notorious&rdquo; families in the country&rsquo;s past. According to an article from The Independent newspaper, the castle is one of the most haunted places in Britain, having 20 separate &ldquo;presences&rdquo; wandering the grounds. The castle is about 25 miles southwest of Joint Maritime Facility St. Mawgan, and tours are available, by appointment only, for 5 pounds. For tour information, go to www.pengersickcastle.com

The 11th-century Weston Manor Hotel was a monastery in the past and at one point owned by Henry VIII. Sister Maude of the monastery &ldquo;comforted&rdquo; the monks while it was a monastery, and she was eventually caught, then burned at the stake outside the monastery. The monk was given a severe reprimand for breaking his vows. Maude, however, reportedly still haunts the hotel, which is about 10 miles south of RAF Croughton.

Speaking of nuns who couldn&rsquo;t keep their vows, this town&rsquo;s Nun&rsquo;s Bridge at Hinchingbrooke House is reportedly haunted not only by the ghost of a sister but also the ghost of a nurse. They&rsquo;ve been seen together, and reportedly local residents won&rsquo;t traverse the bridge at night. Hinchingbrooke House was once owned by the Earl of Sandwich &mdash; yes, the one who invented the sandwich. Huntingdon is close to RAFs Alconbury, Upwood and Molesworth.