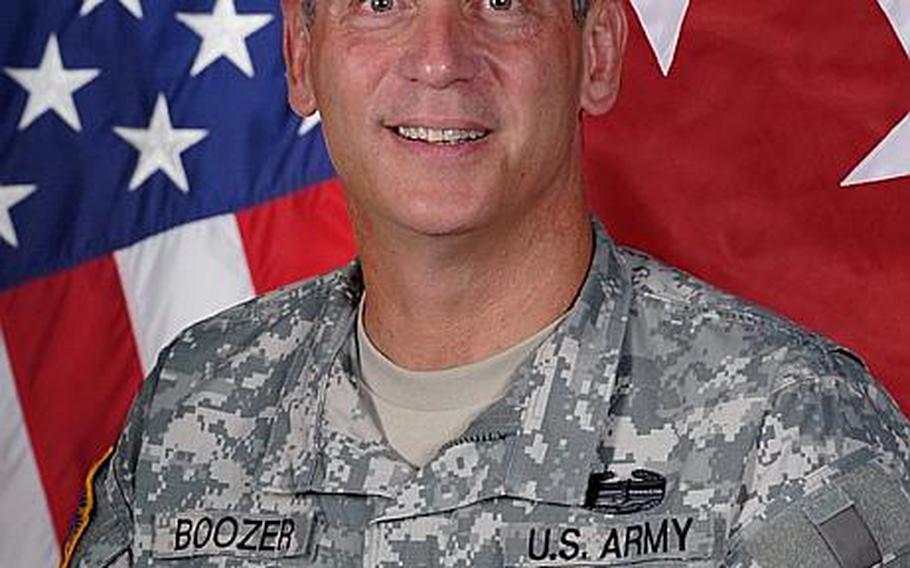 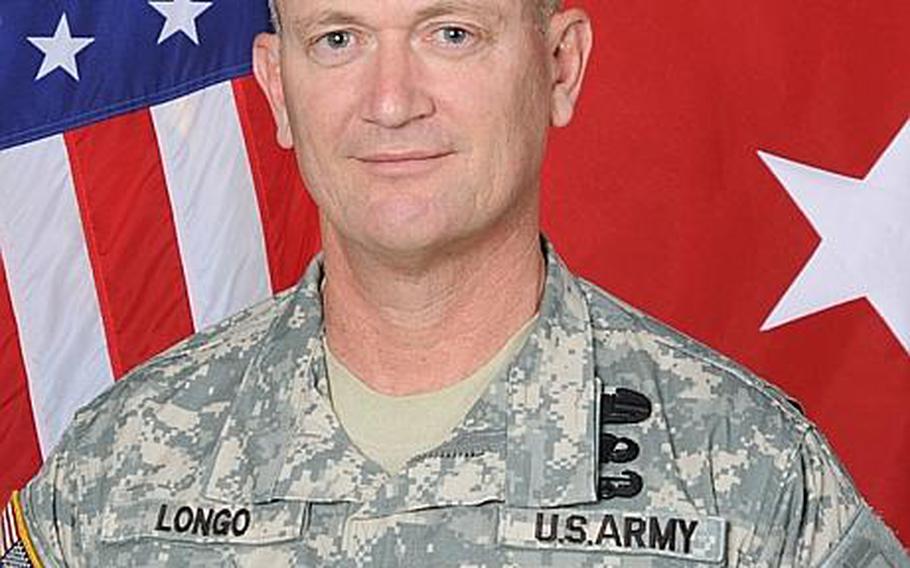 KAISERSLAUTERN, Germany — The Army has tapped Maj. Gen. Richard Longo to serve as U.S. Army Europe and 7th Army’s next deputy commander and chief of staff.

Longo will replace Maj. Gen. James C. Boozer Sr., who has held the position since June 2011. Boozer has been selected for assignment as commander of U.S. Army Japan and commander of I Corps (Forward), Japan, according to the Defense Department.

Longo, who was commissioned in 1980, has headed NATO and U.S. anti-corruption efforts in Afghanistan since April, and was involved in the recent high-profile decision — later suspended — to blacklist an Afghan airline for alleged drug trafficking.

In January, U.S. Central Command banned Afghanistan’s Kam Air from receiving U.S. military contracts after Longo’s Task Force 2010 uncovered evidence the carrier was ferrying bulk quantities of opium out of the country, according to The Wall Street Journal.

CENTCOM subsequently changed course amid an angry backlash from the airline and Afghan government officials, who promised their own investigation.

Longo has been assigned to Europe numerous times over his career, last serving on the Continent from 2005 to 2006 as executive officer to the USAREUR deputy. He also commanded the 1st Infantry Division Artillery from 2003 to 2005 when it was based in Bamberg, Germany, and led the unit on a deployment to Iraq before it inactivated in 2006.

His other European assignments include a stint as chief of the operations division at the George C. Marshall European Center for Security Studies in Garmisch, Germany, and as a platoon leader, executive officer and commander with V Corps’ Battery C, 1st Battalion, 333rd Field Artillery, according to a USAREUR news release.

Other general officer moves in Europe announced by the Defense Department include: