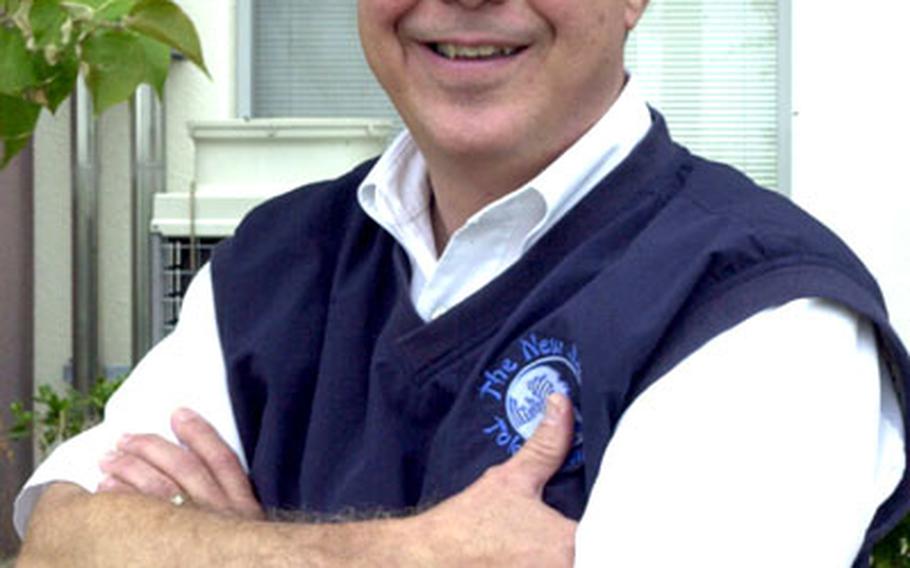 Some 34 years later, the last 18 at the DODDS-Pacific regional office, Pfeifer is leaving to retire in Fort Walton Beach, Fla.

In between, he&#8217;s done it all, from teaching to refereeing high school wrestling to administrative posts in which he helped shape professional and technology education and Pacificwide high school athletics programs.

&#8220;You quickly learn how wonderful an organization DODDS is to work for,&#8221; Pfeifer said Tuesday, three days before departing Okinawa for good.

&#8220;There is no better place to live and work in a military community, and no better school system in which to raise your children.

&#8220;And the host nation environment gives the schools the opportunity to share a rich, wonderful learning environment for students that they wouldn&#8217;t have anywhere else,&#8221; he said.

Over his almost 3&#189; decades, Pfeifer has watched education evolve from dodgeball to the digital era, from when teachers taught and students absorbed to today, when students are encouraged to challenge themselves to learn independently.

Originally from Lorain, Ohio, Pfeifer began his DODDS career as an industrial arts and biology teacher at Karamursel High in Turkey, where he also coached football, basketball, track and field and cross country.

Next came two tours on Okinawa, at Kubasaki High and Kadena Middle schools. While there, he refereed wrestling and was largely responsible for the transition from high school rules to international freestyle rules, used at Far East tournaments since their inception in 1976.

Pfeifer did the same at George Dewey High at Subic Bay Naval Station in the Philippines followed by a year as a counselor at Yokota West Elementary in Japan. Next came three years as Kubasaki&#8217;s assistant principal.

When he made the leap to the DODDS-Pacific regional office and administration, he initially was the career vocational and technical education coordinator but then took on &#8220;many other roles,&#8221; from professional technology studies to helping coordinate Far East athletics and arts activities.

Along the way, he developed a reputation as a guy who&#8217;d raise his hand to volunteer for whatever tasks needed to be done.

&#8220;It&#8217;s a rich, wonderful learning experience for the kids,&#8221; he said, adding that he&#8217;s especially pleased at the addition of a large number of activities, such as soccer in 1998, and turning tennis and cross country meets from biennial to annual events starting in 2004.

Also pleasing is &#8220;seeing the equity that we brought &#8230; in the number and types of athletic competitions and activities,&#8221; he said, specifically citing the mushroom growth of Junior ROTC units in Okinawa and Japan.

Pfeifer said he hoped people would remember him as one who sought reasons to do things instead of excuses not to do things.

His efforts were certainly recognized by his leadership.

Said Peggy Bullion, DODDS-Pacific&#8217;s education division chief: &#8220;Ed&#8217;s vision and commitment have ensured that educational programs in DODEA (Department of Defense Education Activity) receive the support and attention they need to thrive. His leadership in the field of professional technology studies has served to ensure that our career, vocational and technology education programs are state- of-the-art.&#8221;

Added DODDS-Pacific&#8217;s director Dr. Nancy Bresell: &#8220;Ed Pfeifer&#8217;s energy, determination and dedication to our students and schools remained inspirational. As a good friend and colleague, he always kept the success of our students as his first priority.&#8221;