Lone Army female rabbi called to do it all 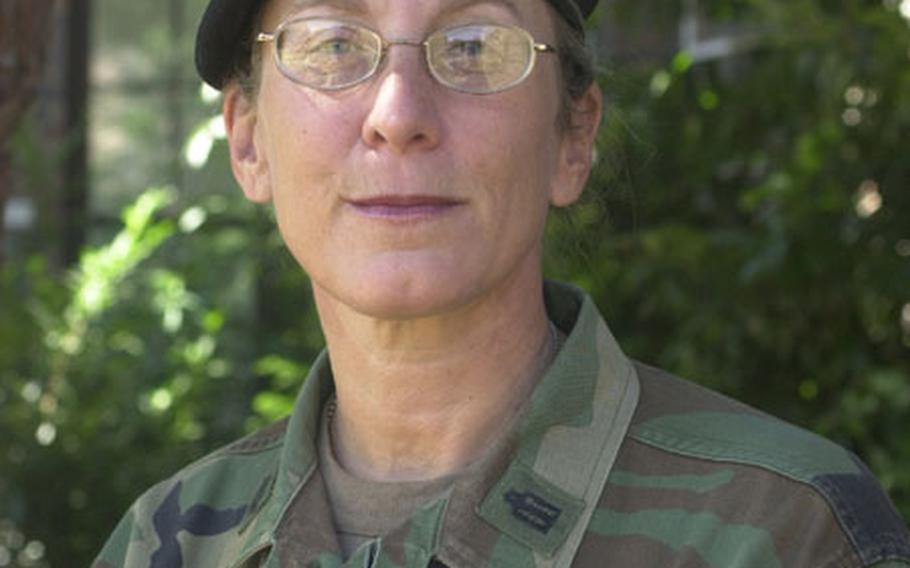 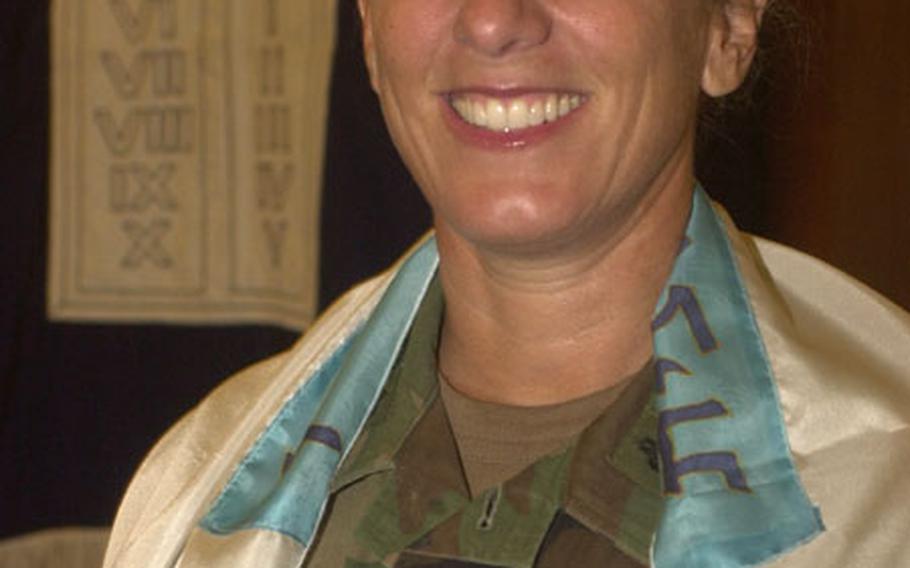 Koppell is one of two female rabbis serving in the U.S. military. ()

HEIDELBERG, Germany &#8212; The rabbi warmly welcomes each member of the Jewish military community as the small congregation fills a side room in the Heidelberg chapel for the Friday Sabbath.

Offering the traditional holy day greeting &#8212; Shabbat shalom &#8212; as the faithful filter in, the rabbi is among only 84 Jewish chaplains serving in uniform among the active and Reserve forces.

But this rabbi is unique even among that select few.

Chaplain (Lt. Col.) Bonnie Koppell is the only female Jewish chaplain in the Army and one of only two military-wide.

A reservist from Chandler, Ariz., where she leads Temple Beth Shalom in civilian life, Koppell is the latest member to join the U.S. Army Europe command team as an Individual Mobilization Augmentee. Instead of drilling two weeks a year and one weekend a month, IMAs fulfill all or most of their annual Reserve commitment all at once.

That means for the next month, Koppell is filling in at the Army&#8217;s top headquarters in Europe in Heidelberg.

A perfect chaplain, she says, for example, &#8220;would be constantly out visiting the sick and counseling soldiers and yet always in the office when you need her.&#8221;

Quoting the Jewish writings from the Pirke Avot, or Ethics of the Fathers, Koppell points out &#8220;it is not your job to complete the task, but neither are you free to desist from it.&#8221;

The idea of perseverance and pushing through difficulties is something that has been resonating within Koppell since arriving in Germany last week.

To her congregation in Arizona, she says she wrote: &#8220;I, too, feel the blood of those generations [from the Holocaust] crying to me from this land.&#8221;

Koppell grew up near the then-home to the Army chaplain&#8217;s school in Brooklyn, N.Y. She says military service has interested her almost as long as she can remember.

&#8220;I also knew I wanted to be rabbi from a very young age. It was a calling. I love Judaism. Being a rabbi gives me a way to study and teach something that I love.&#8221;

Those two interests came together in 1978 when, in rabbinical school, she saw a recruiting poster advertising the chaplain candidate program.

Some 25 years later, she says, she &#8220;still loves it&#8221; although like many reservists, she finds balancing military duty with civilian life can be a challenge.

Of being called to active duty for the first Gulf War in 1991 and then again for a year as part of Operation Noble Eagle after the Sept. 11, 2001, attacks, Koppell says, &#8220;I could not do this without the support of the congregation back home. They appreciate the work I am doing.&#8221;

But as the casualties continue to mount in Iraq, with many of the wounded coming to Germany for treatment, Koppell says she is standing by to minister to anyone who needs her help.