London: Tate Britain is home of the best in British art 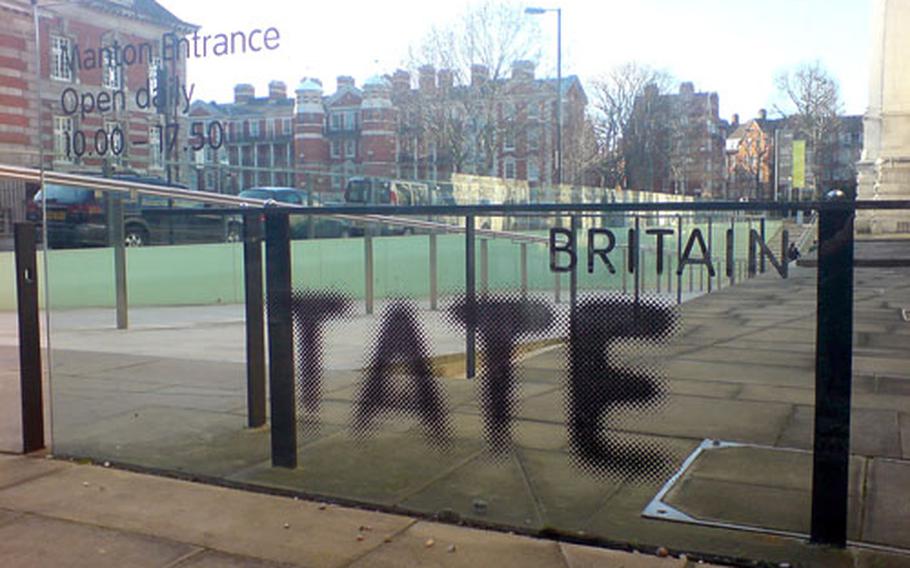 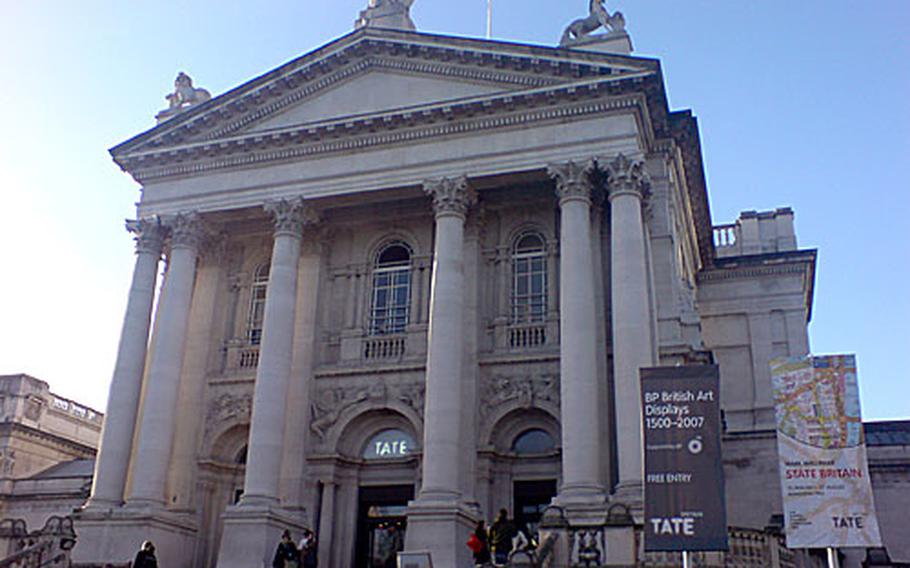 There&rsquo;s an easy way to see some of the world&rsquo;s most impressive art for little more than the cost of a half-tank of gas if you're statopmed at RAF Mildenhall or Lakenheath.

Find a free Sunday, when there is no 8-pound ($16) congestion charge for motorists in central London, and drive west just a mile past Parliament Square on Millbank to Tate Britain. Yes, driving in London can be intimidating, but a Sunday afternoon trip is when visitors will find traffic the least objectionable.

Curbside parking, normally 3 pounds ($6) an hour, is free on the weekends, and drivers can likely find a spot within 100 yards of the museum.

The museum, like several of the top museums in London, offers free admission seven days a week with only special exhibitions requiring an entry cost.

Unlike its cousin, the Tate Modern, a little more than a mile east on the River Thames, the Tate Britain museum looks like a building that should be home to works from artists who command single-name recognition, such as Picasso, Dali and Warhol. It boasts a singular aesthetic that harkens to the Victorian era. While the Tate Modern opened in 2000 in a converted red-brick power plant complete with a towering smokestack, the Tate Britain museum first welcomed visitors in 1897 into a neoclassical gray structure holding some of the most impressive columns in London and a striking edifice worthy of the timeless art housed within.

The museum is home to British art dating from the 16th century through modern times, with a heavy emphasis on late Renaissance-era works that tend to focus on the re-emergence of the classics and biblical scenes.

Tate Britain also contains an astonishingly large collection of paintings by J.M.W. Turner. Joseph Mallord William Turner burst onto the British art scene at age 21 with the hauntingly realistic &ldquo;Fishermen at Sea&rdquo; in 1796 and remained a significant force in the London art scene throughout the first half of the 19th century, according to information at the exhibit.

&ldquo;Fishermen at Sea,&rdquo; as well as his dozens of other paintings on display at Tate Britain, focus sharply on man&rsquo;s interaction with nature, often portraying men as miniscule, nearly powerless figures against nature&rsquo;s indomitable fury.

Turner&rsquo;s work provides a unique insight into man&rsquo;s relationship with the environment before the days of climate control, weather forecasts and the threat of global warming.

In a much more modern exhibit, visitors interested in the art of dissent can check out Mark Wallinger&rsquo;s dramatic reconstruction of the anti-war banners that were hung in Parliament Square.

The &ldquo;State Britain&rdquo; exhibit forces visitors to take a hard look at the ethics of Britain&rsquo;s foreign wars and British citizens&rsquo; reactions to Wallinger&rsquo;s apparent fears the country is degrading into a quasi-police state managed flippantly by unconcerned corporations and unconnected politicians.

If Turner makes you sit back in awe, Wallinger will force you to stand back and wonder. All of this for the cost of a half-tank of gas.