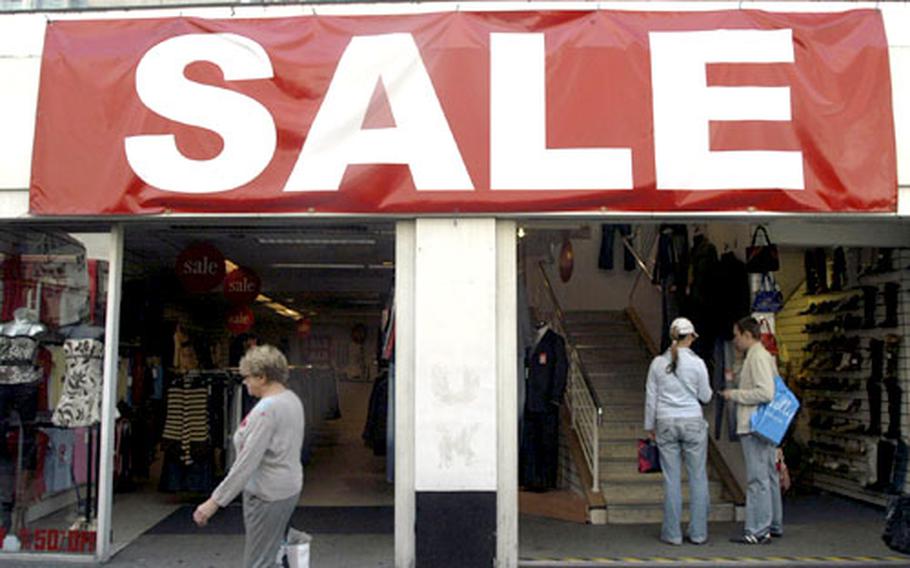 Stores such as this one, which have no obvious name but offer discount prices, can be found up and down Oxford Street, a haven for the fashionable looking for good deals. (Bryan Mitchell / S&S)

Stores such as this one, which have no obvious name but offer discount prices, can be found up and down Oxford Street, a haven for the fashionable looking for good deals. (Bryan Mitchell / S&S) 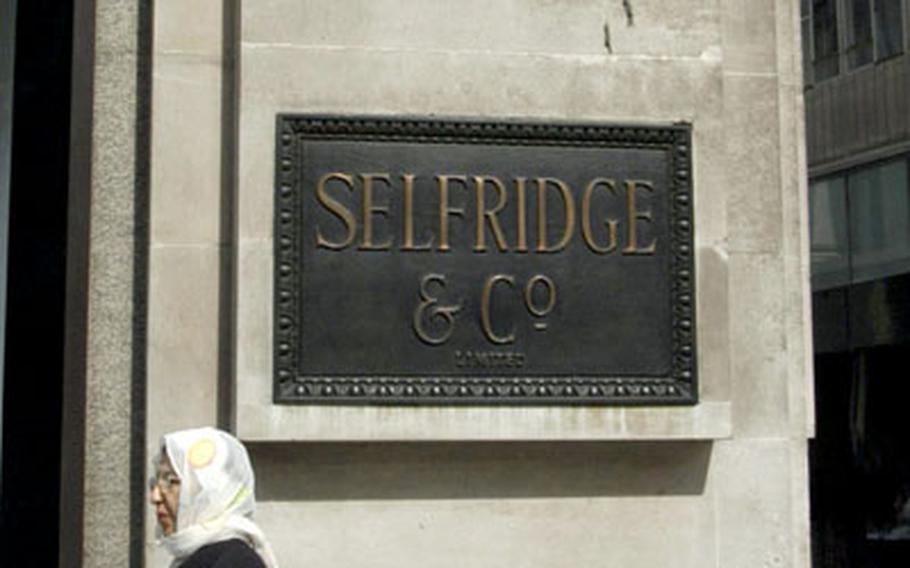 A woman walks past a sign for Oxford Street in central London. (Bryan Mitchell / S&S) 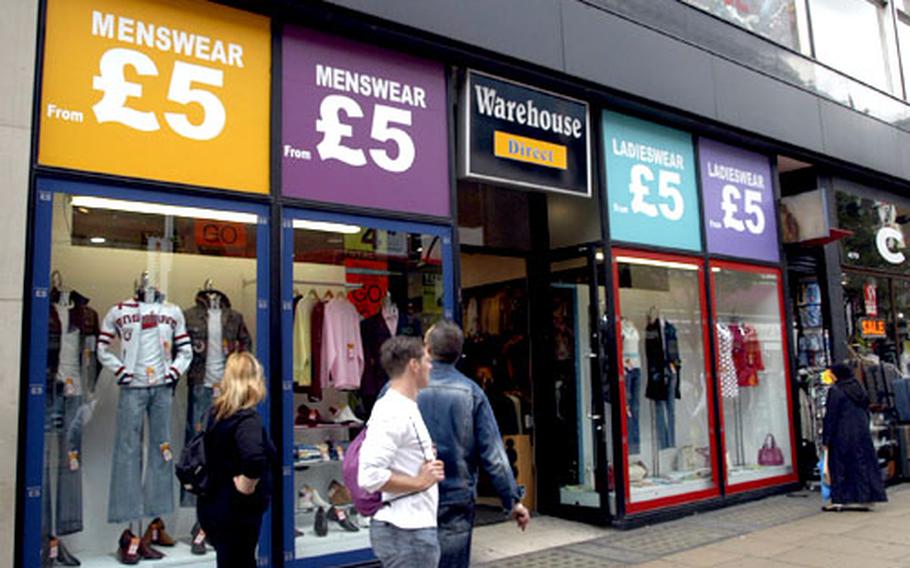 Warehouse Direct is one of the many retail outlets on Oxford Street that cater to the budget shopper but still offer stylish gear. (Bryan Mitchell / S&S) 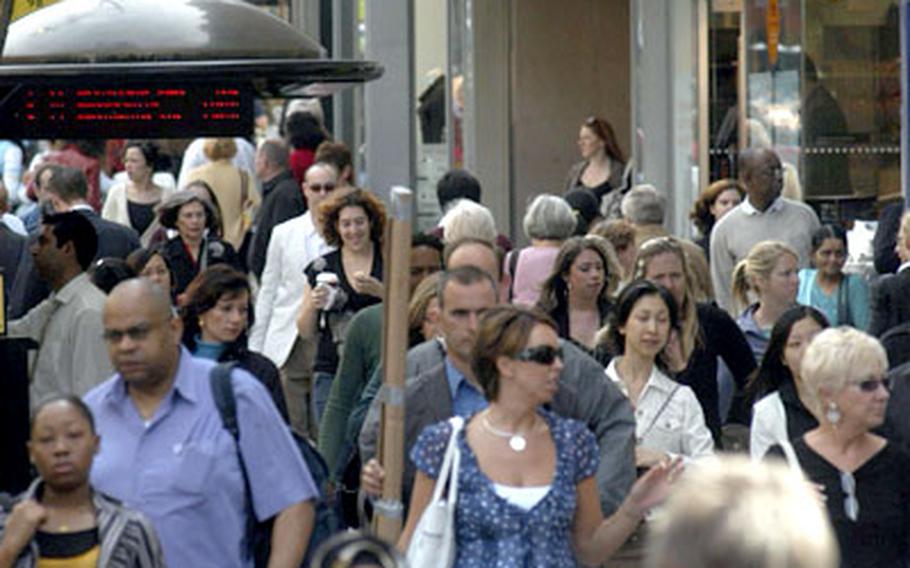 LONDON &mdash; If clothes make the man, then how can roughly 30,000 Department of Defense employees and dependents living in England avoid the curse of arriving at a social gathering or attending school with identical post exchange-bought slacks, shirts and socks?

Sure, camouflage, like jeans, never goes out of style.

But truth be told, the fashion buyers for the Army and Air Force Exchange Service don&rsquo;t have the luxury of constantly updating the racks to match the latest episode of &ldquo;Total Request Live.&rdquo;

And with prices at stores in nearby Bury St. Edmunds, Newmarket and Cambridge high enough to send any fashionista into hiding, it appears there is little relief for those wishing to show a little style without going in the red.

But as parents meet the challenge of dressing their kids for school, there&rsquo;s one alternative sure to please the mirror and the wallet: Oxford Street.

Located in Central London&rsquo;s Westminster district, Oxford Street is a parent&rsquo;s antidote to a teenager&rsquo;s unquenchable quest for cool and an adult&rsquo;s solution to where to find a wide selection of styles on a servicemember&rsquo;s budget.

Former denizens of the Midwest could easily mistake parts of Oxford Street for Chicago&rsquo;s Magnificent Mile, where stores such as United Colors of Benetton, Niketown and the Gap draw shoppers from hundreds of miles.

But East Coast folks surely will recognize the unnamed, price-slashing stores, replete with off-brand gear, as similar to those in New York&rsquo;s fashion district.

That&rsquo;s the beauty of Oxford Street: A savvy shopper can pick up a 10 pound pair of jeans ($19) from a nameless store that only the most obsessed fashion police officer could spot as an Urban Outfitters knock-off.

Or you can throw caution to the wind and leave Zara with threads sure to attract a second look and even the occasional compliment.

Some of the more notable bargains on Oxford Street include:

A pair of faux Vans fashioned after the Brazilian or English flag for 19 pounds.A snazzy, half-turtleneck sweater with zipper at neck for 12 pounds.A fashionable T-shirt for 5 pounds.A set of three imitation Tommy Hilfiger boxer briefs for 10 pounds.A stylish, yet durable, winter jacket for 35 pounds.But the best bet is to give yourself a few hours to wander the street, bouncing in and out of stores, to find the style and price that best fit your needs.

Getting thereAs a motorist who has conquered Manhattan and Mexico, I strongly advise not driving to Oxford Street. The traffic is unbearable and parking is a notch below extortion.

Instead, take the A11 to the M11 and exit onto the A141 and follow it to Epping, where signs lead you to the northernmost Underground station. From there, a tube ride of slightly less than an hour will deliver you to the Oxford Circus Station, deep in the heart of the shopping district.