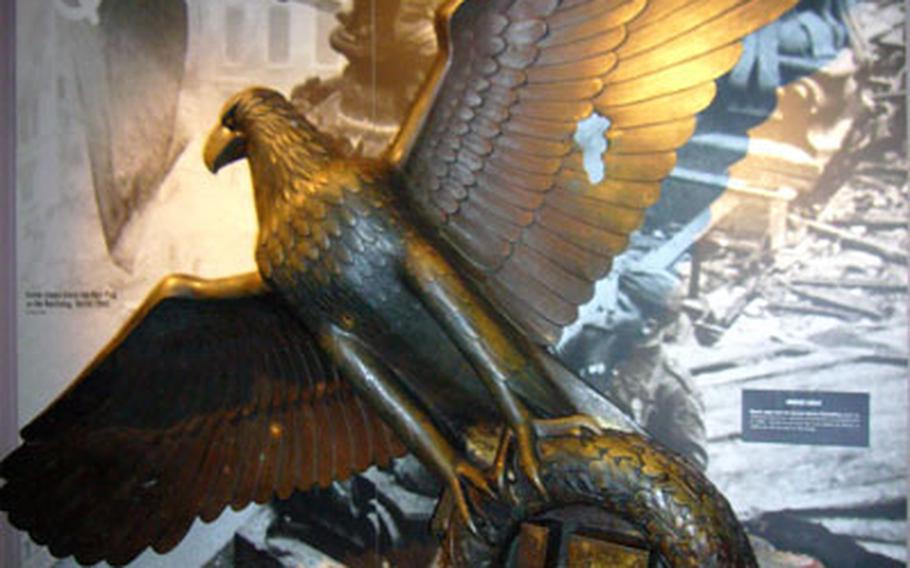 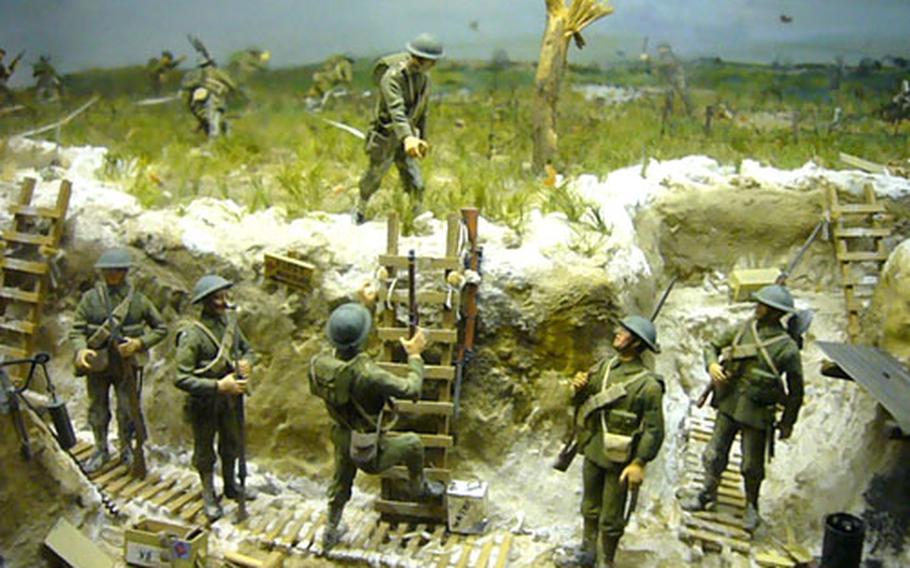 A miniature scene recreating the Battle of the Somme during World War I is displayed inside London&#39;s Imperial War Museum. (Sean Kimmons / S&S) 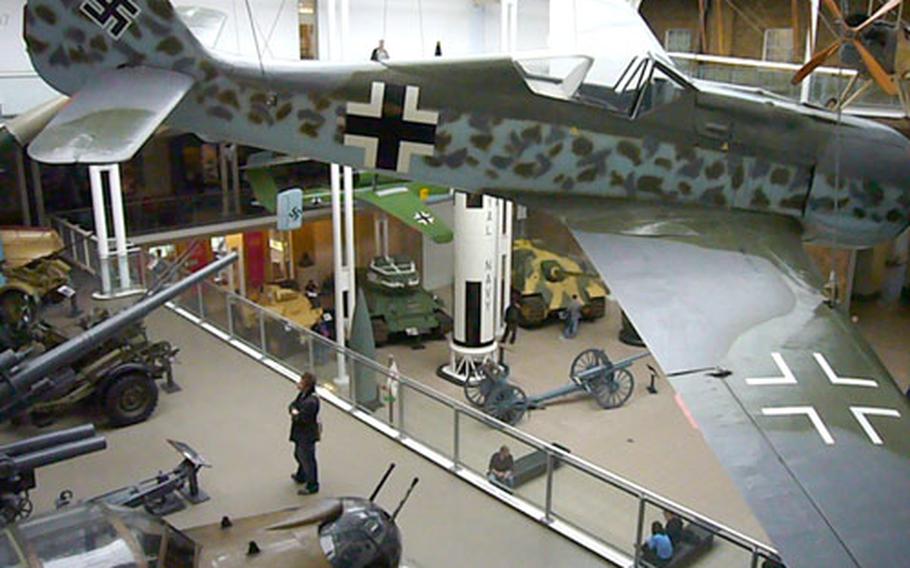 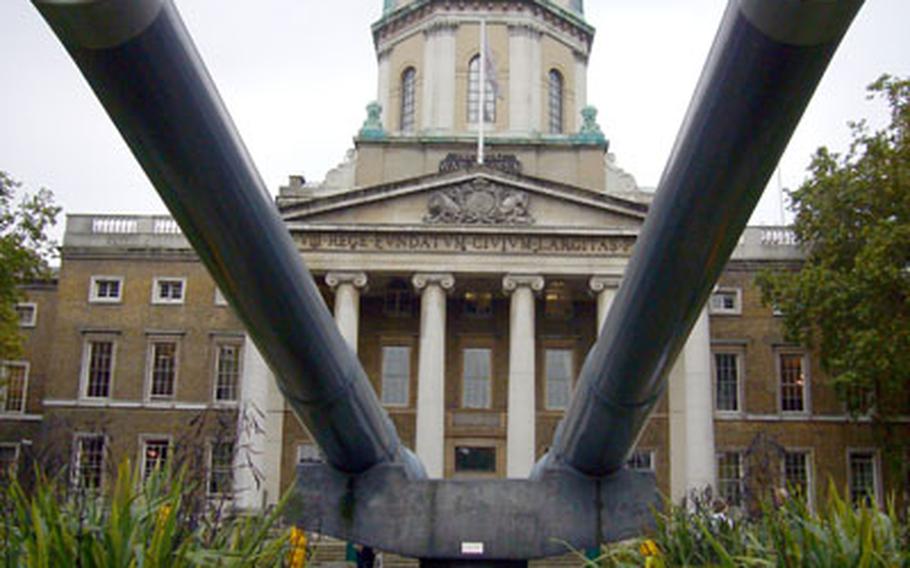 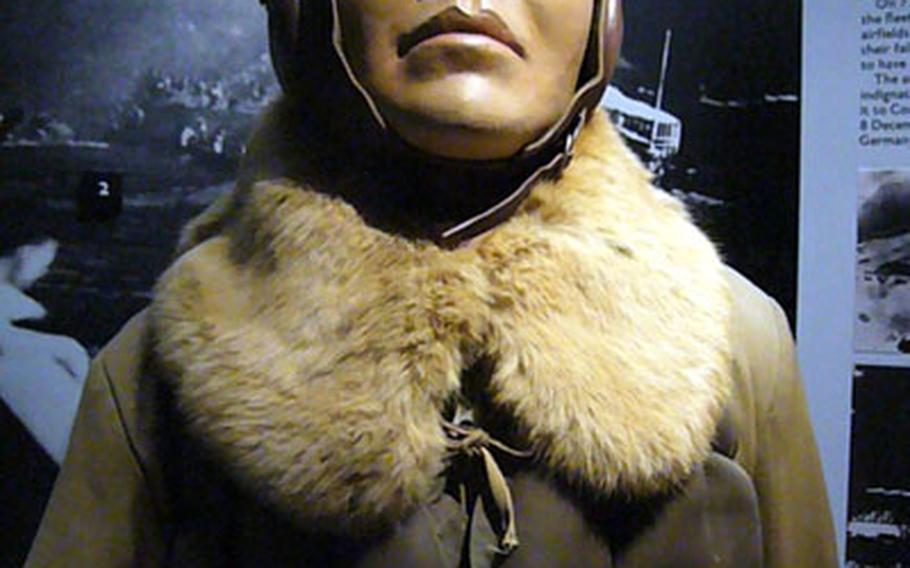 LONDON &mdash; A pair of 15-inch naval guns are the first things that stand out to visitors of the Imperial War Museum London, just south of the River Thames.

It&rsquo;s hard to miss the early 20th-century guns. They&rsquo;re both massive, weighing 100 tons each, and dominate the main entrance to this renowned museum.

Although they&rsquo;re impressive, try not to waste too many photos and too much time admiring the guns, as there are several other military treats within the perimeter of the six-floor museum.

Both flanks of the high-ceilinged entrance are decked out with tanks, artillery pieces, a V-2 rocket and even the casing of an atomic bomb. Historic aircraft hang above, including one of the first fighter jets &mdash; a German Heinkel 162 jet from World War II.

A unique item also on the ground floor is an Italian Human Torpedo. I know what you&rsquo;re thinking: Who volunteered to take on those missions? Depressed troops from the Suicide Brigade?

Well, the two-man underwater craft didn&rsquo;t explode. The slow-moving craft was used to place warheads on protected enemy harbors and ships in WWII. It then returned back to safety before the ordnance detonated.

Nearby is a hands-on submarine exhibit, which gives visitors an idea of what life in a submarine would be like.

Down a flight of stairs to the basement is a thorough D-Day exhibit with detailed explanations of the stages leading up to the epic attack and accounts of Allied members who participated.

Next door there&rsquo;s an exhibit focusing on conflicts after 1945, ranging from the fight against communism to the more recent tensions involving the Middle East and terrorism.

This room is filled with military uniforms and weapons from different time periods, as well as video displays.

Another exhibit delves further into WWII with plenty of displays showcasing items from that era. Among them is a bottle warped by the Hiroshima atomic bombing, paintings of Axis leaders and the tail fin of a German Messerschmitt Me110 fighter.

Across from this exhibit is another large area detailing World War I. The Trench Experience, a fabricated trench consisting of reproduced scenes with mannequins and exploding sounds, is one display that brings the warfront to life.

Try to make it to the Holocaust exhibit. Two floors of graphic displays with photos, audio testimony from survivors and a large model of the infamous Auschwitz prison camp, emphasize the atrocities perpetrated by the Nazis.

This only scratches the surface of what can be found inside the enormous Imperial War Museum London. For more information on its permanent and temporary exhibits, check out http://london.iwm.org.uk.

Admission: Free to enter, except for selected temporary exhibitions.