London: City can charm with culture, history and hip lifestyleL A boat makes its way under the Tower Bridge. The scenic bridge along the Thames River is a unique sight for tourists. (Sean Kimmons / S&S)

A boat makes its way under the Tower Bridge. The scenic bridge along the Thames River is a unique sight for tourists. (Sean Kimmons / S&S) 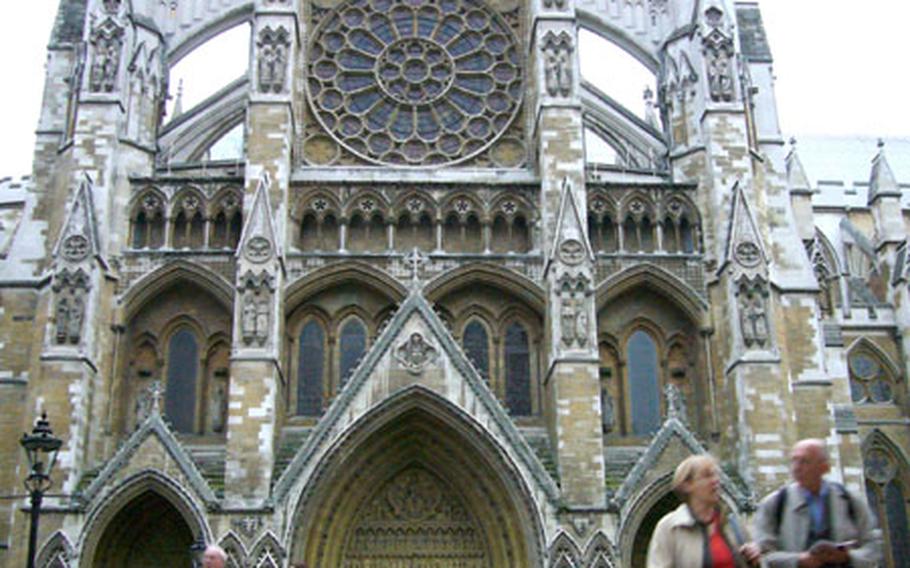 Visitors to Westminster Abbey walk out of the north entrance. (Sean Kimmons / S&S) 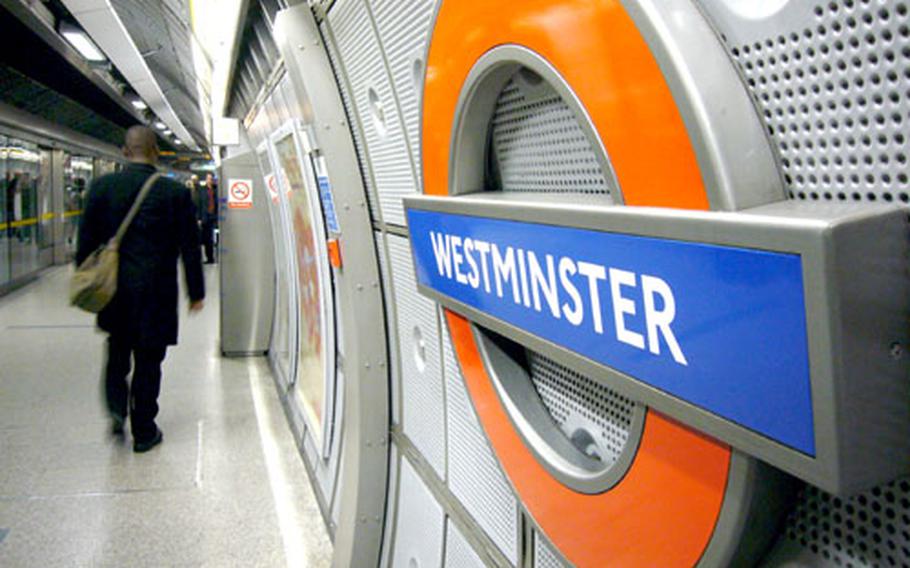 Westminster Abbey, Big Ben, the Houses of Parliament and the British Airways London Eye are some of the sights to see when you pop out of the Westminster station of the London Underground. Traveling by subway is preferred over taxis in this busy city. (Sean Kimmons / S&S) On the British Airways London Eye, you can see the city from a sky-high angle. (Sean Kimmons / S&S)

LONDON &mdash; Those of you who treasure life away from a military installation may already have ventured to this capital city many times. I only recently discovered London&rsquo;s countless entertaining options through a few exploratory weekend trips.

Here&rsquo;s what I&rsquo;ve learned: Stay away from the Angus steakhouses that plague the tourist areas; travel on the Underground and buses instead of taxis; party in the Leicester Square area where the clubs are always bumping; and keep a lookout for Brazilian girls in those clubs who shake like Shakira.

Whether you come here for its top sights, lavish nightlife or shopping, London, with its fusion of culture, history and hip lifestyle has something for everyone.

Here are some travel tips to guide you through a future weekend in London:

How to travelWith a population of more than 7 million people, it&rsquo;s no surprise that London has traffic jams. If that&rsquo;s not enough to steer you away from driving in the city, then maybe parking charges will.

I have heard of someone braving the ride into the city with minimal problems using the M11 to the A11 to central London. There are no congestion charges and parking is free on the weekends. Be prepared to dish out the dough if traveling on the weekdays, though.

But if you want to limit travel confusion, try the National Rail service. The Cambridge rail station offers a 45-minute nonstop train ride to King&rsquo;s Cross rail station, where visitors can jump on the London Underground, also called the Tube, or take a bus to their destination.

Standard open return rail tickets from Cambridge to King&rsquo;s Cross run about 36 pounds. From Newmarket station it&rsquo;s about 42 pounds, and from Bury St. Edmunds station expect to pay 55 pounds. It&rsquo;s cheaper if you travel down and back in a day. Children&rsquo;s tickets are also cheaper, and kids younger than 5 ride for free.

A one-day travel card provides unlimited use of the Underground and buses in Zones 1 and 2, which cover most of central London and costs 4.90 for off-peak hours. There are also discounts for children available.

Where to stayI prefer the Paddington and Bayswater areas, just north of the enormous Hyde Park. The accommodation seems to be cheaper than most areas and is only a few stops from Underground stations at Oxford Circus and Piccadilly Circus.

Hostel rooms in Paddington and Bayswater areas run about 15 pounds to 20 pounds, depending on how many people are in the room. Hotel rooms can be about 70 pounds a night for two people. But don&rsquo;t expect a luxurious and spacious room.

I stayed at The Hyde Hotel in Paddington with a friend, and our two single beds were less than a foot apart in the cramped room. At least the place had a bathroom, TV and balcony. There also was a free breakfast.

The closer you are to the tourist sights, the more you will generally pay for a hotel room. It&rsquo;s up to you if you want to save some moola or live it up. There are many Web sites where you can book rooms. The trick is to find accommodation close to Tube stations or bus stops, so you won&rsquo;t have a long walk to a station or a costly taxi fare.

What to seeIf you&rsquo;ve lived in England for some time you&rsquo;re probably saying, &ldquo;been there, done that&rdquo; about London&rsquo;s top sights. However, if you&rsquo;re new to London, here are a few popular sights that will cost you nothing to see, although you&rsquo;ll have to cough up an admission fee to go inside most of them.

The scenic Tower Bridge along the Thames River is a unique sight, especially when it opens to let a boat through. Visitors can then turn around to snap a photo of the Tower of London, which has been around for more than 900 years. The Tower has served as a royal palace, fortress, arsenal, mint, jewel house and the execution site of three queens.

From the Underground&rsquo;s Tower Hill station, next to the Tower, take seven stops on the District Line to Westminster station to check out Big Ben, Westminster Abbey, the Houses of Parliament and the British Airways London Eye observation wheel, among other sights.

To the west of Westminster station is St. James&rsquo;s Park where Buckingham Palace, one of Queen Elizabeth&rsquo;s residences, is located. The National Gallery and Portrait Gallery in Trafalgar Square is just north of the park and offers free admission.

If you&rsquo;re up for shopping, you can head to the Tube&rsquo;s Oxford Circus station from Charing Cross station via the Bakerloo Line. Oxford Circus is a shopper&rsquo;s paradise with numerous designer stores and much cheaper clothing stores.

There are many other sights in London, so be sure to do some research and make your own list of sites you want to visit.