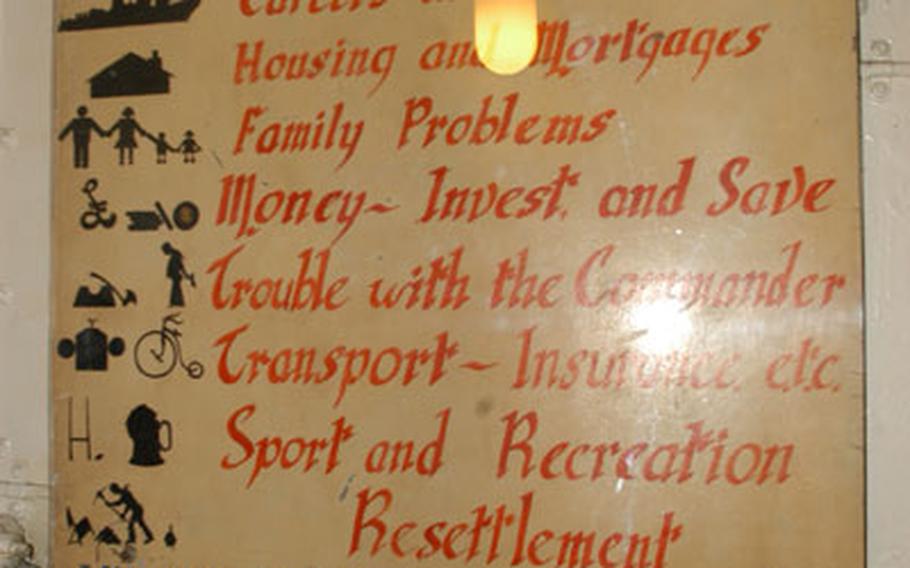 A message board on the HMS Belfast. On the south bank of the River Thames in London, visitors can peek into history with a tour of the HMS Belfast, a 613-foot testament to British naval power and now a floating museum. (Bryan Mitchell / S&S)

A message board on the HMS Belfast. On the south bank of the River Thames in London, visitors can peek into history with a tour of the HMS Belfast, a 613-foot testament to British naval power and now a floating museum. (Bryan Mitchell / S&S) 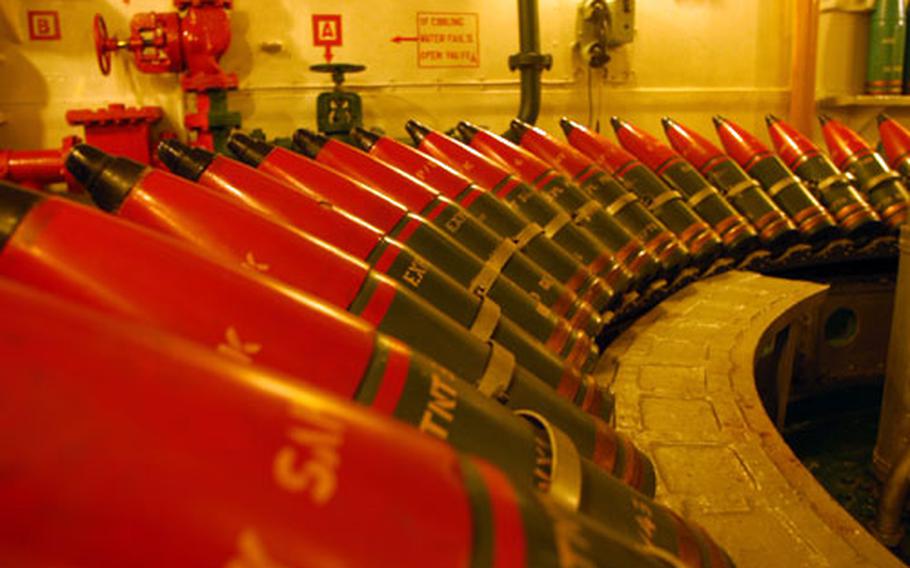 A row of retired ordnances in the belly of the HMS Belfast. (Bryan Mitchell / S&S) 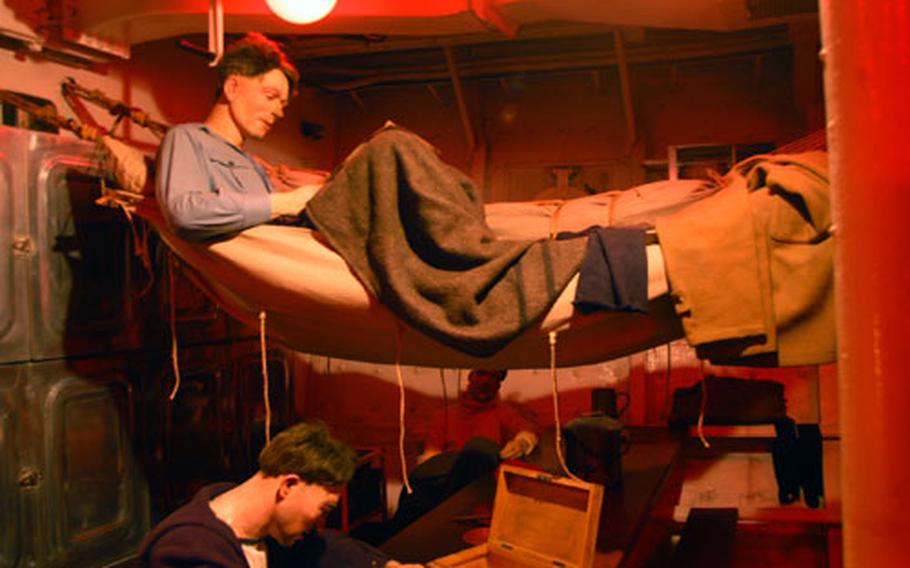 A collection of mannequins demonstrate the living quarters inside the MHS Belfast. (Bryan Mitchell / S&S)

We&rsquo;ve all read about the pivotal Battle of the Atlantic or seen movies featuring the famed Normandy landings that helped sway the tide toward the Allies in World War II.

But here on the south bank of the River Thames, visitors can peek into history with a tour of the HMS Belfast, a 613-foot testament to British naval power and now a floating museum. The tour takes only an hour, but provides a hands-on education few professors could match.

The HMS Belfast has a distinguished history that includes sinking a German warship during World War II, clearing beachheads for the Normandy invasion and even crossing the globe to participate in the final stage of the assault on Japan, according to pamphlets handed out to visitors. The ship was also active in the Korean conflict.

Today she floats as a reminder of the maritime engineering prowess of the British Empire as well as to the tremendous sacrifice sailors endured during wartime.

The vessel was christened in the port of Belfast, Northern Ireland, on St. Patrick&rsquo;s Day 1938 and less than two years later suffered a terrible blow after striking a mine in the Firth of Forth. The ship recovered to continue fighting against the Nazi regime.

With its 4- and 6-inch guns that had a range of approximately 14 miles &mdash; meaning the guns could blast Wembley Stadium from its current mooring in the shadow of the stunning Tower Bridge &mdash; the ship was instrumental in clearing the landing patches in Normandy.

A stroll through the ship&rsquo;s nine levels provides a singular view into the daily life for British sailors in that historic era. The steam-powered engine room is a labyrinth of ladders, pipes, valves and steel lattice that was clearly an engineering marvel when it was manufactured.

Mannequins clad in period garb are positioned throughout the vessel, tending to various ship duties. They&rsquo;re slicing potatoes in the galley, recuperating in sick bay and operating communications equipment.

The mannequins may not move and chat like they might at an Epcot attraction at Disney World, but they do breathe life into the largely static museum. The mannequins remind visitors that life on the ship might have been austere, but was not without its own unique pleasures.

A fair warning to visitors, traveling around the ship means climbing up and down staircases so steep they seem to mock the uncoordinated. Small children, the elderly or the handicapped will have difficulties.