'Logistics Warriors' in Iraq not distracted from support mission 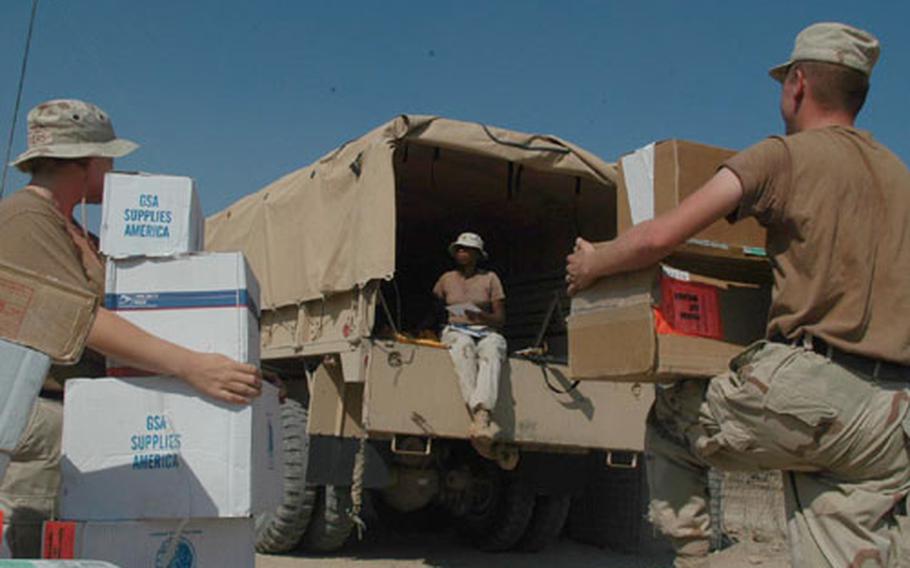 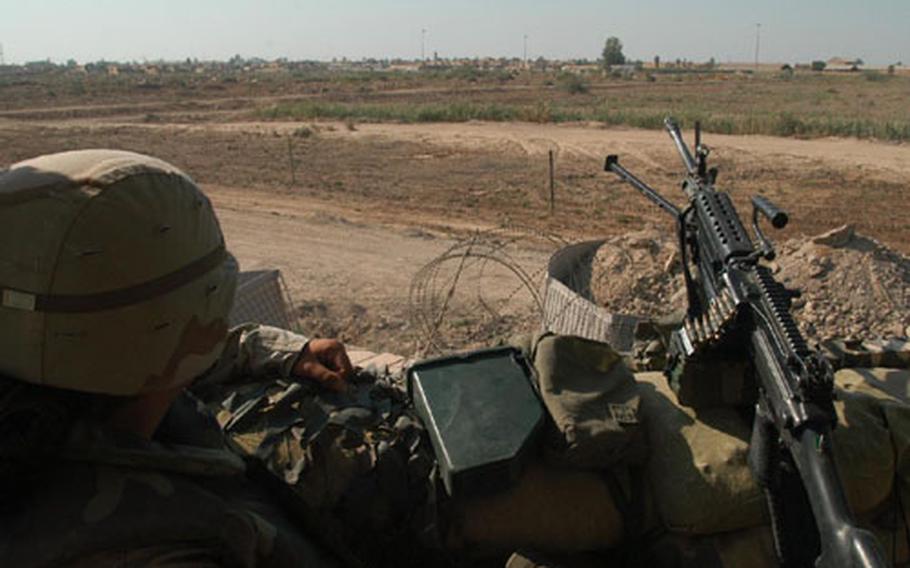 Spec. Desiree Dufur of the 542nd Maintenance Company scans the nearby Iraqi town of Abu Ghuryab, which the soldiers call "little Mogadishu" because they say the townspeople fight among themselves as much as they attack the base. Dufur was manning the steel security tower with Spec. Youlanda Madison and Sgt. Scott Cross. All defensive positions on base were created by, and are manned by, units from the 541st Corps Support Battalion, which led them to take on the term "logistics warriors." (Jason Chudy / S&S) 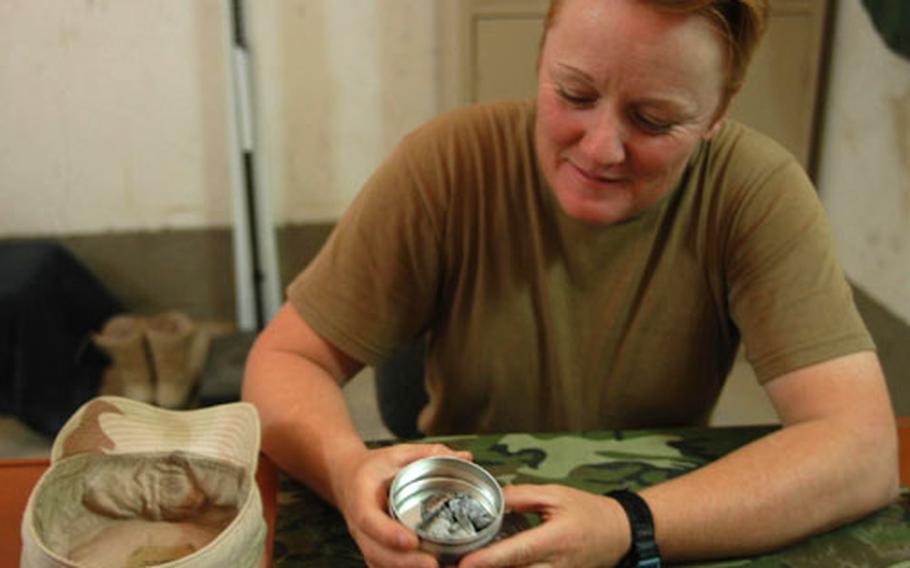 Battalion Command Sgt. Major. Vaneta Vaughn shows an Altoids tin holding mortar fragments from attacks on Logistics Base Seitz. The small pile of fragments is indicative of the number of times they&#39;ve been mortared; she takes one fragment from each attack. (Jason Chudy / S&S)

LOGISTICS BASE SEITZ, Iraq &#8212; Sgt. Scott Cross, Spc. Desiree Dufur and Spc. Youlanda Madison looked over the town of Abu Ghuryab on Thursday from the security tower on their small base north of Baghdad.

Their time passed without incident, but it&#8217;s not always this quiet.

On any given day, Abu Ghuryab is either the first or the second nastiest town in all of Iraq, according to Maj. John Silverstein, 541st Corps Support Battalion&#8217;s executive officer.

An area map of Baghdad hangs on the wall of one of the base&#8217;s offices. Small red marks signifying attacks on coalition forces are spread out around the map. A tight cluster of marks covers the area around Logistics Base Seitz.

And even though the area is dangerous, there&#8217;s no 82nd Airborne troops, or elite forces helping guard the logistics hub. Defense of the base is provided in-house, Silverstein said.

The closest thing Seitz had to regular infantry troops was an MP company that left Thursday.

Recent visits by Army force protection officials have confirmed the troops&#8217; soldiering skills are as good as their supply skills.

The more than 1,000 soldiers from 11 quartermaster, maintenance, transportation and chemical companies provide support for what Silverstein estimates is 18 percent of the entire coalition force in Iraq.

The battalion has about half active-duty Army soldiers and half reserve or National Guard troops. None had worked together before arriving at Seitz in April.

Those skills were put to use to rebuild the base, which once housed members of Saddam Hussein&#8217;s Iraqi Republican Guard.

Silverstein said the battalion had three goals during construction.

As Spc. Thomas Steele of the 542nd Maintenance Company waited to check his e-mail at Seitz&#8217;s Internet cafe, he said that the battalion has done a great job of taking care of the soldiers.

The cafe has a bank of telephones for soldiers to call home. Most of the soldiers, with the exception of the battalion&#8217;s senior leadership, now have air conditioning in their workplaces and improvised barracks.

Then there&#8217;s the 20-foot movie screen, complete with a popcorn machine in the snack bar. Soldiers also pointed out their regulation concrete basketball court and sand volleyball court.

Living here is the closest thing to a desert oasis that they will probably ever see. The only problem with this oasis is that it&#8217;s mortared occasionally.

But the soldiers on Seitz take everything in stride. They take the mortars, they take the heat, and they take all of the supplies for coalition forces in central Iraq.