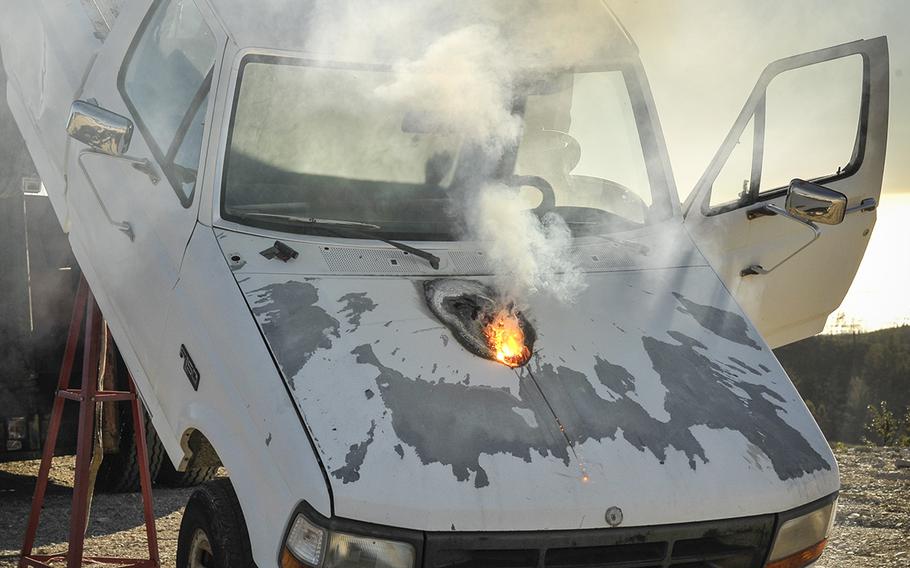 Lockheed Martin’s ATHENA laser weapon system burned through the engine block of a truck from more than a mile away during testing Tuesday, according to company officials.

The successful test of Advanced Test High Energy Asset moves the U.S. military one step closer to portable, universally effective laser weaponry, a result Lookheed Martin hopes will garner some attention in the Department of Defense.

ATHENA is a prototype that works off a technique called “spectral beam combining.” By combining multiple laser modules, ATHENA can create a concentrated — and highly lethal — laser beam. It’s based on the Area Defense Anti-Munitions laser weapon system that the defense firm has shown to be capable of taking out both missiles and seaborne vessels.

Last year, the U.S. Navy deployed its own laser weapon system, or LaWS, aboard the USS Ponce after years of extensive testing.