Locked, loaded and flying into the chicken coop 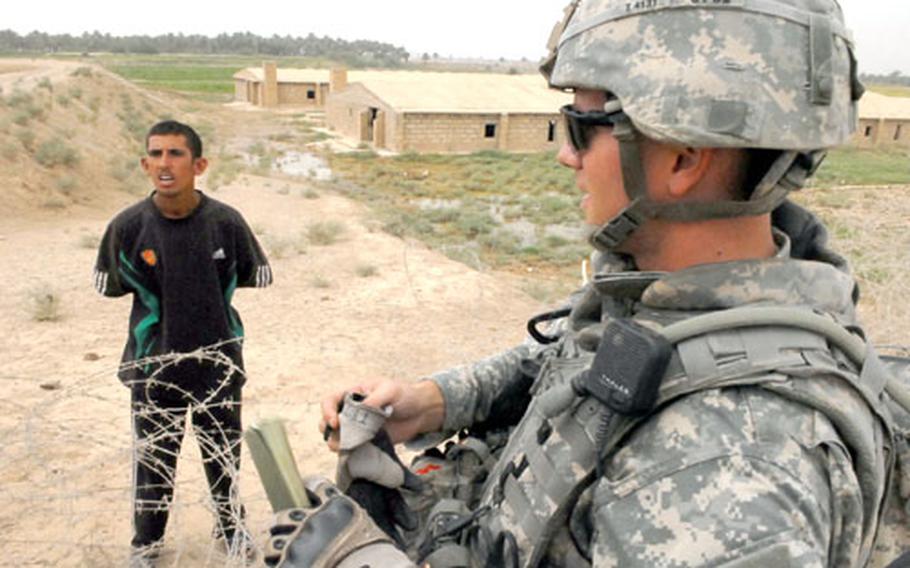 1st Lt. Slade Thorpe, a platoon leader in Company A, 1st Battalion, 35th Armor Regiment, talks with a farmer south of Baghdad to find out who owns the chicken farms in the background. The farmer told Thorpe that a sheikh in a home kitty corner to the farms owns them. (James Warden / S&S)

1st Lt. Slade Thorpe, a platoon leader in Company A, 1st Battalion, 35th Armor Regiment, talks with a farmer south of Baghdad to find out who owns the chicken farms in the background. The farmer told Thorpe that a sheikh in a home kitty corner to the farms owns them. (James Warden / S&S) 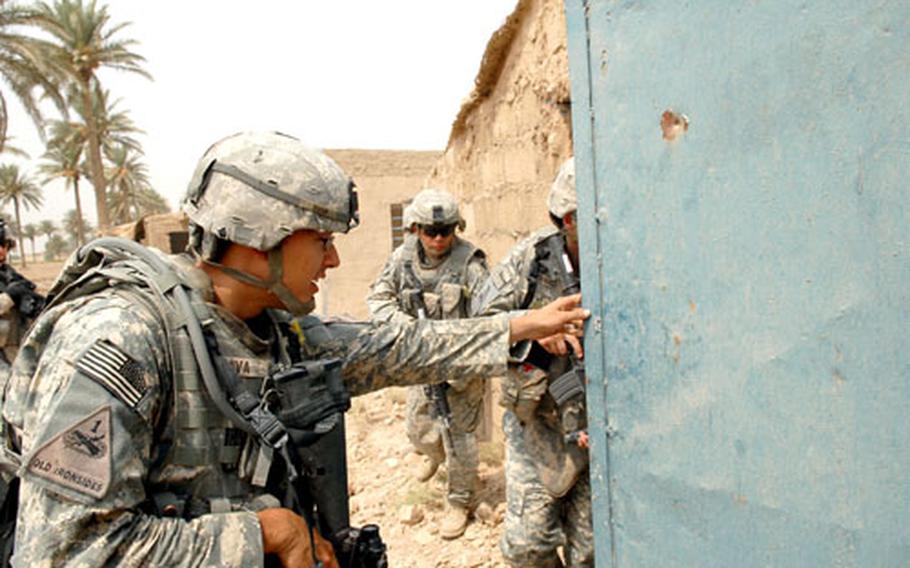 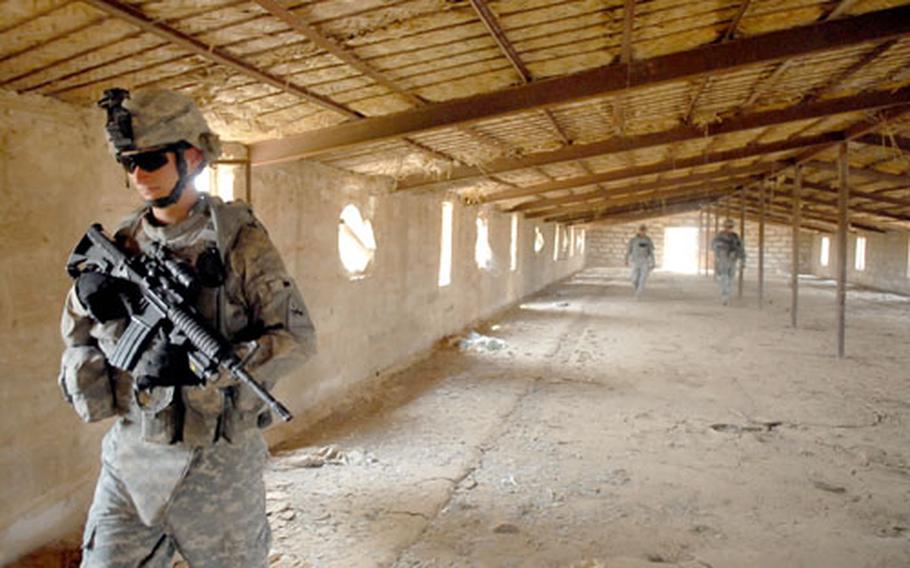 And Sunday, these highly trained soldiers are searching for chicken farms.

Using their best building-entry skills, the soldiers file into a dilapidated chicken farm south of Baghdad. They find a vast empty space as wide as a two-car garage and as long as a football field &#8212; almost all of it covered in a two-inch layer of chicken excrement.

Chicken farms may not be a very sexy way to fight a war. But they are typical of an increasing number of small projects that military planners hope will give Iraqi communities some measure of economic self-sufficiency.

Thorpe believes chicken farms in Iraq are like a keystone species in an ecosystem: If they do well, the rest of the system will do well &#8212; and vice versa.

Many of the Iraqis in this area farm only at subsistence level. Extra crops that they sell in a market may give them a little bit of cash, but many of them grow just enough for their own families.

Planners hope chicken farms could change that. Obviously, they&#8217;d create extra income for those who own the farms and work on them. But also the expenses of keeping the farms running would spread the money out through the rest of the community.

The chickens would require feed grown by local farmers, potentially giving those farmers a cash crop that could help them move beyond subsistence level farming. The farmers would need more water for the extra crops they&#8217;d plant, which would require new water pumps and people to maintain them. Water from the new pumps would also help crops other than those used for chicken feed.

Difficulties lie ahead. Those pumps require electricity, something that can be in short supply in Iraq. Chicken feed difficulties have also caused problems in the past. Many of the derelict chicken farms are relics of the 1990s, when a feed shortage forced many of the farms to close. Thorpe estimates that 99 percent of the chicken farms in the area are now closed.

The chicken farm initiative is still in its early stages. Soldiers are now just gathering details on the farms and forwarding them up their chain of command.

The decision on what to do with the chicken farms that the battalion&#8217;s soldiers find will go to a higher level, possibly the State Department. For now, the tankers just jot down the farm&#8217;s grid location from a GPS, kick the chicken waste off their boots and move onto the next chicken farm.