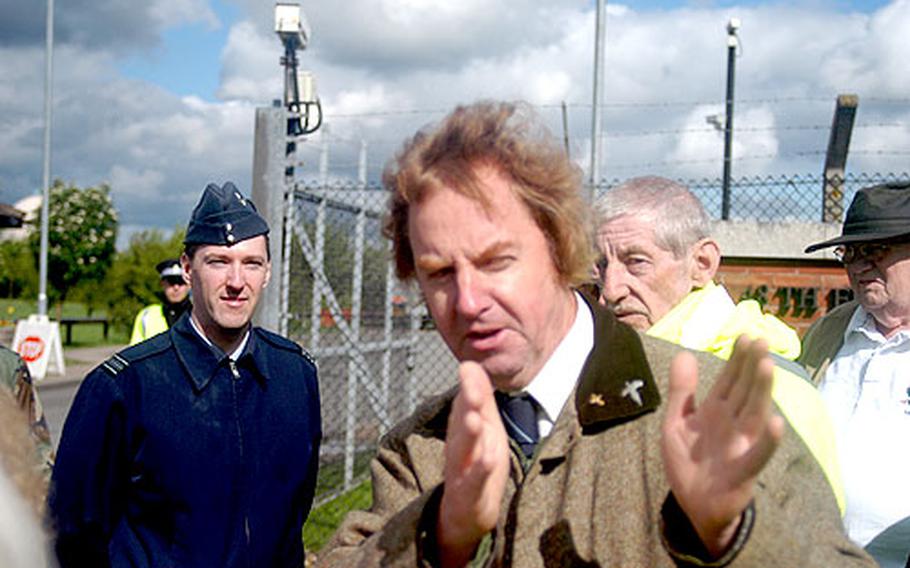 RAF FELTWELL, England &#8212; Local residents want traffic congestion around RAF Feltwell cleared up before someone is injured or killed.

They say the problem has festered for years but has grown as construction projects on the base, plus the temporary move of the base exchange from RAF Lakenheath to RAF Feltwell, have caused traffic numbers to swell.

The 48th Fighter Wing, which oversees the base 10 miles from RAF Lakenheath, has changed vehicle flow on a trial basis to see if it stops traffic from backing up outside the main gate onto B1112, a narrow road that runs past the base.

He said traffic has gone from 125 vehicles between 6:30 a.m. and 8:30 a.m. on weekdays to 350. For the time being, he said, traffic coming through the main gate will be one-way across two lanes. Traffic will exit the base during those hours through Gate 2.

He said construction of a middle school and new housing, along with the temporary relocation of the base exchange, have contributed to the problem. The school construction is expected to be completed in midsummer, and the base exchange is due to move back to RAF Lakenheath early next year.

But local residents say traffic at the main gate has been a problem for years, exacerbated by the location of the security checkpoint just inside the main gate.

&#8220;This is the problem,&#8221; said one man from a local council during a meeting Wednesday morning with RAF Squadron Leader James Savage, who represented the wing in an informal gathering with local council members from Feltwell and Hockwold, two villages near the base.

To enter the base, cars turn off B1112 and make a quick right turn, where security stops traffic immediately for identification checks. If four or five cars back up at the gate, the main road is blocked.

Local residents said moving the security checkpoint farther down the base road would go a long way to easing the problem.

But they also said the congestion predates the construction projects and the move of the base exchange. And, they said, the problem is not limited to the mornings.

&#8220;The main problem time is all the time,&#8221; said Michael Denney, a member of the Hockwold parish council. He wondered if someone would have to be killed or injured in an accident before something would be done.

Robert Allsop of the Hockwold council said he has come to a halt several hundred yards from the gate when traffic backs up.

Martin Storey of the Feltwell parish council told Savage that any plan that would increase traffic through the village, such as the one to use Gate 2 as an exit, &#8220;is a nonstarter.&#8221;

He and others suggested a permanent solution be put in place by building a road on base that would take the traffic away from the main road before reaching a security checkpoint.

The locals said they were not anti-American and would have the same complaints if the British military had the base. But, they said, something has to be done.

Savage, who acts as a liaison between the Air Force and the Ministry of Defence, told the people to let him know soon if the temporary change in traffic flow helps.

Also, he said, he would pass along the suggestions for a permanent change.