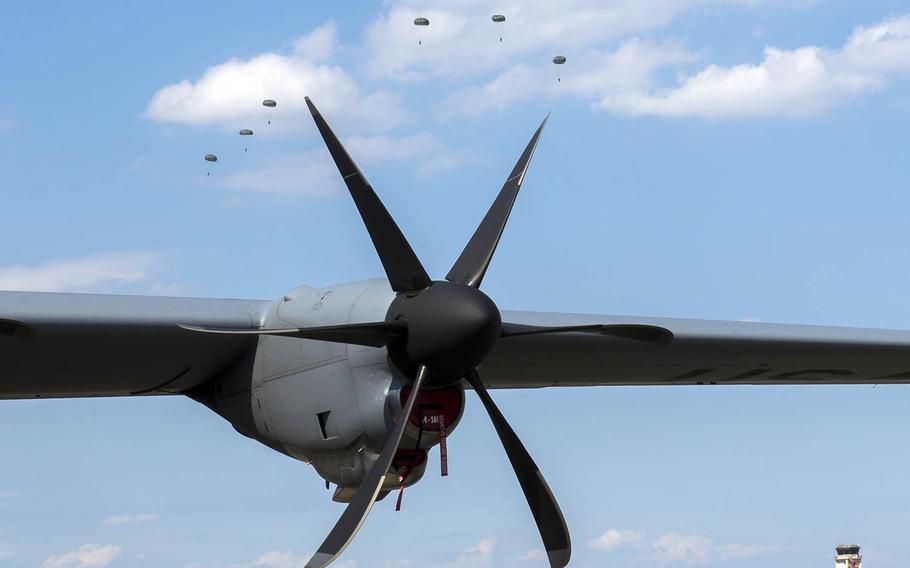 YOKOTA AIR BASE, Japan — Parachute training at the home of U.S. Forces Japan in western Tokyo carried on this week despite objections from local government officials, a Tokyo newspaper said.

The Tokyo Metropolitan Government, five cities and one town asked the Air Force to suspend the training over Yokota after jumpers twice — on Jan. 8 and 9 — cut away their main parachutes and used reserves to land on base, according to a Tuesday report in the Tokyo Shimbun newspaper.

The officials cited an unaccounted-for bag from a reserve chute that may have fallen outside the installation as the reason for their concern, the report said.

“One wrong move could have led to a serious accident that could involve people’s lives,” municipal officials told U.S. Forces Japan and the Japanese government, according to the newspaper.

The 374th Airlift Wing did not respond to emailed questions from Stars and Stripes about the training.

Tokyo Shimbun reported, without citing a source, that about 200 servicemembers would take part in this week’s training.

A similar incident occurred in April, when the Air Force suspended parachute training over Yokota for several days after a jumper cut away the main parachute and descended safely on the reserve. The bag holding the reserve fell away and landed on a high school tennis court in the nearby city of Hamura.

No injuries or damage at the school were reported at the time.

In the April incident, the Air Force said the aircrew and parachutist had followed protocol and safety procedures. The wing training officer visited the school and Hamura City Hall and apologized.

Last week, USFJ commander Lt. Gen. Jerry Martinez stressed to reporters in Tokyo that U.S. servicemembers in the Far East must continue to train hard, including at night and in bad weather, to deter regional adversaries.

Martinez, who’s nearing the end of a more than two-year stint in the role, made the remarks Jan. 9 while speaking about safety, readiness and other topics at the Japan National Press Club.