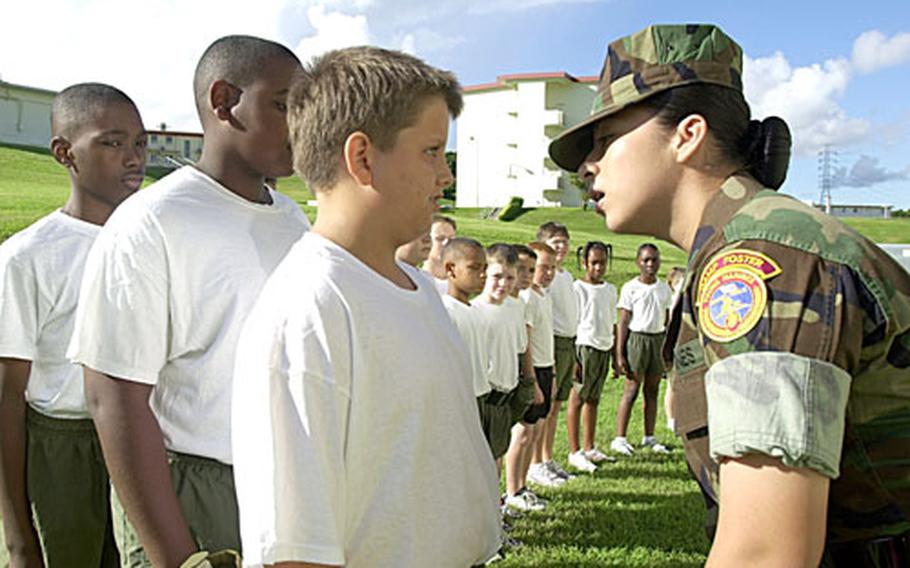 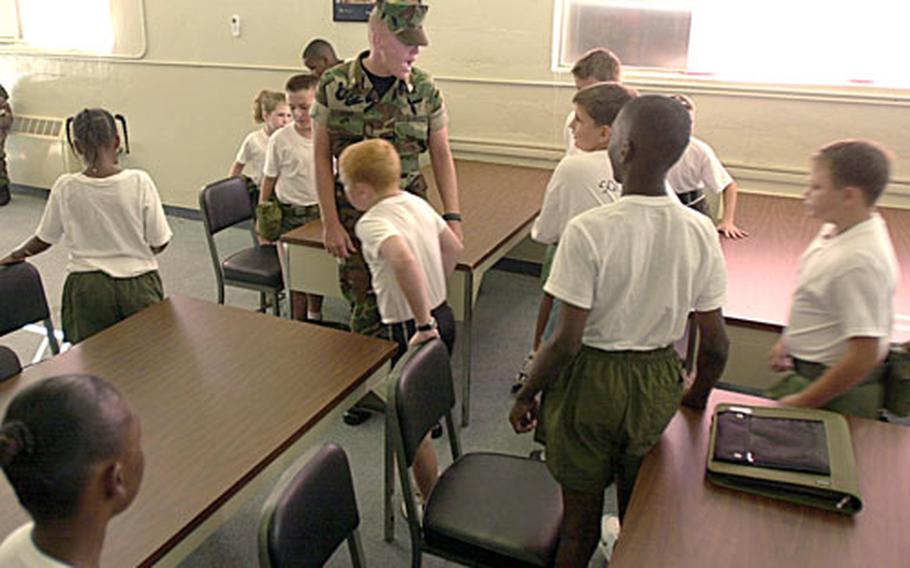 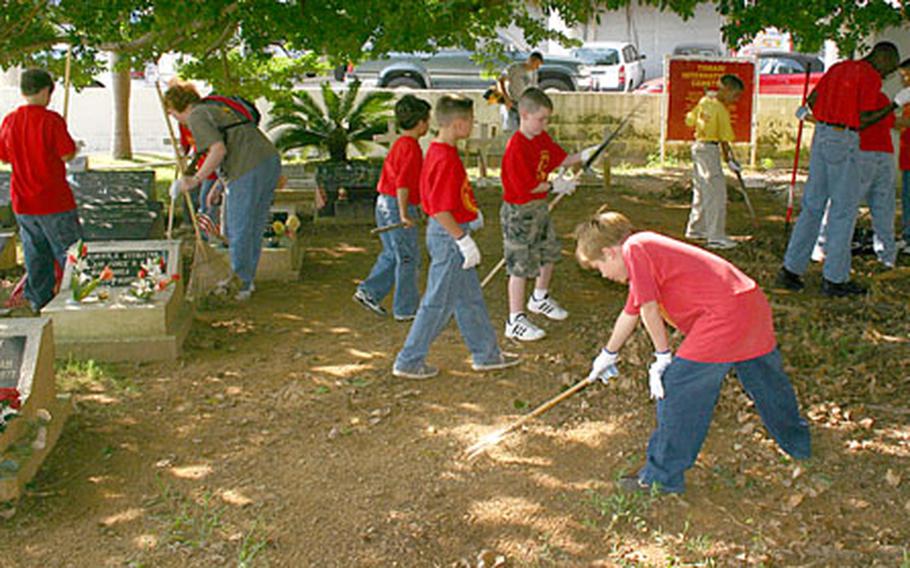 The Camp Foster Young Marines, with some help from their parents and Marines who volunteer with the program, mow grass, rake leaves and clear the headstones at the Tomari International Cemetery in Naha on Sunday. (Cindy Fisher / S&S) 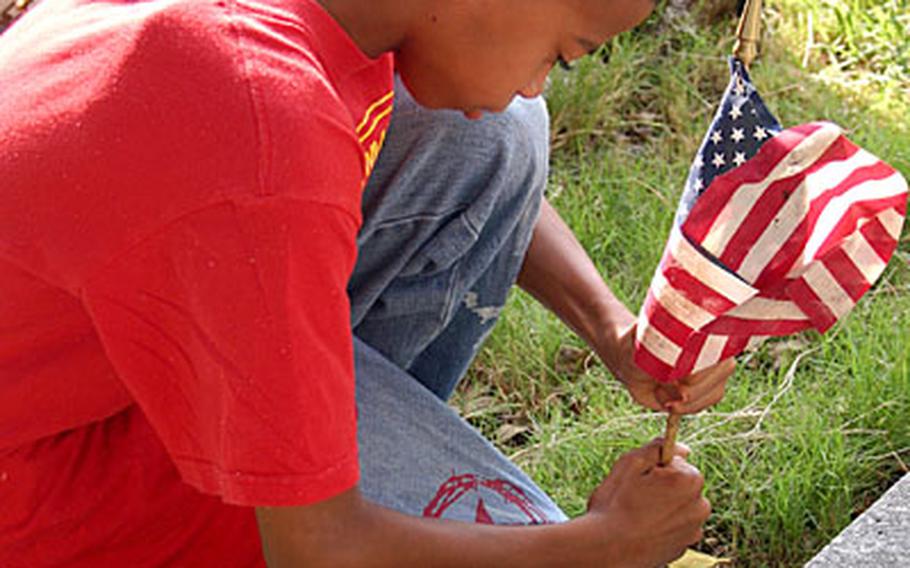 Young Marine Joseph Brown, 11, a fifth-grader at Killin Elementary School, straightens the flag in front of a gravestone at Tomari International Cemetary in Naha on Sunday. He and his twin brother, who have been Young Marines for about a year, were at the cemetery with the Camp Foster Young Marine detachment to mow grass, rake leaves and clean up. (Cindy Fisher / S&S)

CAMP FOSTER, Okinawa &#8212; Silence shrouds the room and all eyes are locked on the three figures looming in front.

Furtive whispers and rustling occasionally break the silence as recruits squirm anxiously in their seats. Suddenly, the drill instructor&#8217;s voice booms: &#8220;Get out of my classroom!&#8221;

Not fast or loud enough.

During the past 10 weeks the class met Saturdays from 8 a.m. to 2 p.m. Marines volunteered as drill instructors and taught the kids Young Marine and Corps history and life and leadership skills &#8212; &#8220;being the best citizen you can be,&#8221; said detachment commander Staff Sgt. Dexter White, 26, with Manpower Information Systems Support Office 27.

Founded in 1958, Young Marines is a Corps-sponsored volunteer program designed to promote a healthy and drug-free lifestyle, White said. &#8220;It is not a recruiting program for the Marine Corps,&#8221; he added.

In part, White said this is due to some of the physical challenges the children have overcome: running a mile each Saturday, a three-mile hike and the Gauntlet, an overnight camping exercise during which they completed an obstacle course and practiced fire team movements.

When her daughter said she wanted to try Young Marines, &#8220;I was just really excited because I knew it would be good for her self-confidence,&#8221; said Bobbie Ludwig.

Nathanial Squires, 10, a fourth-grader it Killin Elementary School, said he learned to be more respectful.

Parental involvement is important so drill instructors can get feedback on how recruits behaved between each Saturday session.

White said children are expected to act like Young Marines every day, not just when they meet on Saturdays.

Once graduated, the new Young Marines are expected to attend Saturday drill with the rest of the Camp Foster detachment and continue to train, White said.

The next Young Marine recruit training is scheduled for January 2008. Call DSN 645-3397 for information about attending or volunteering.