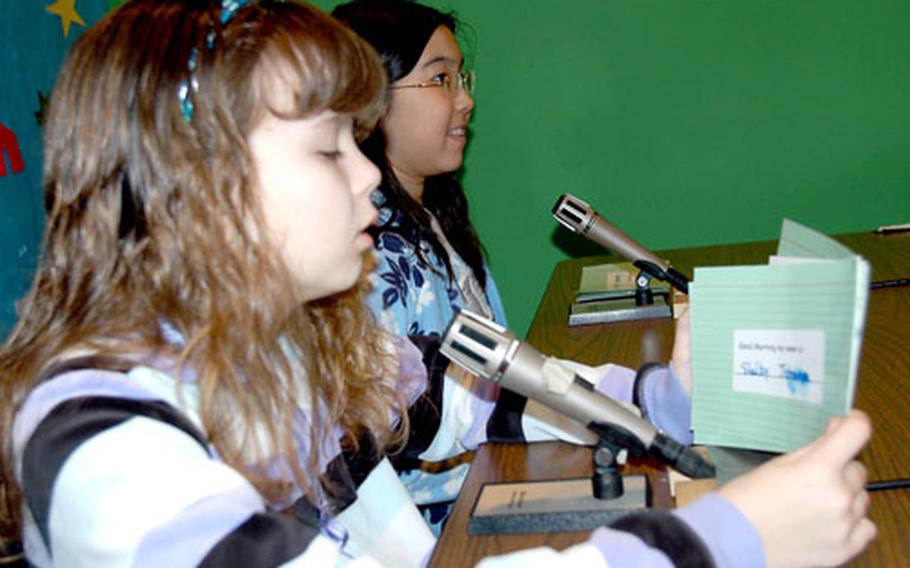 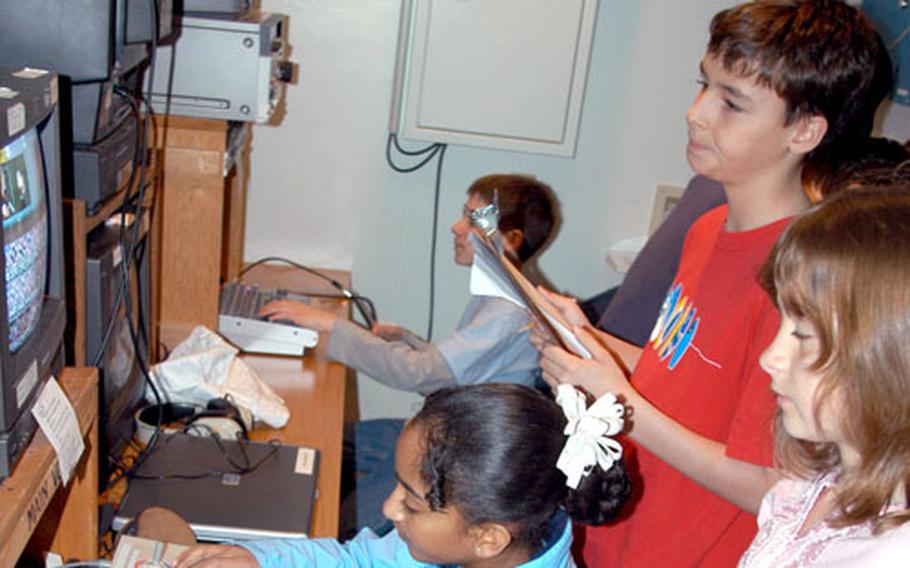 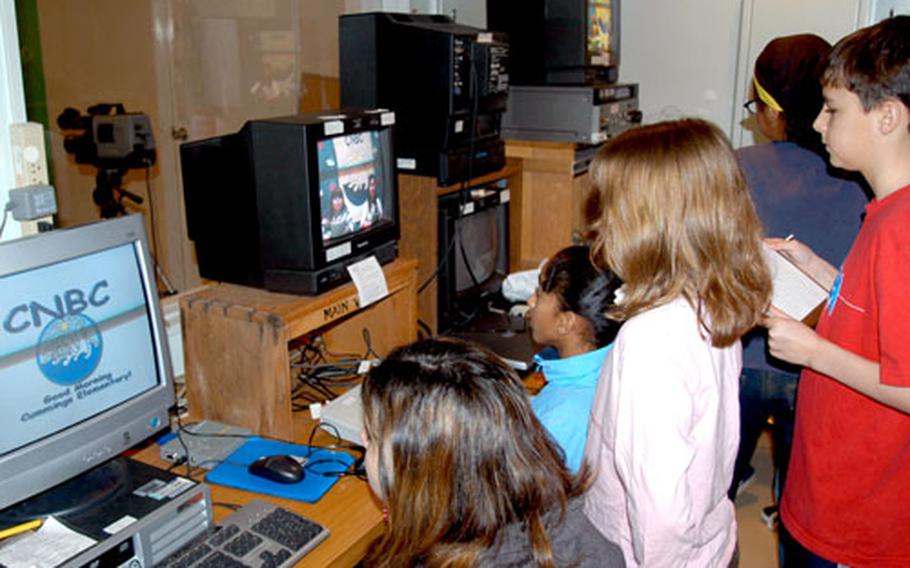 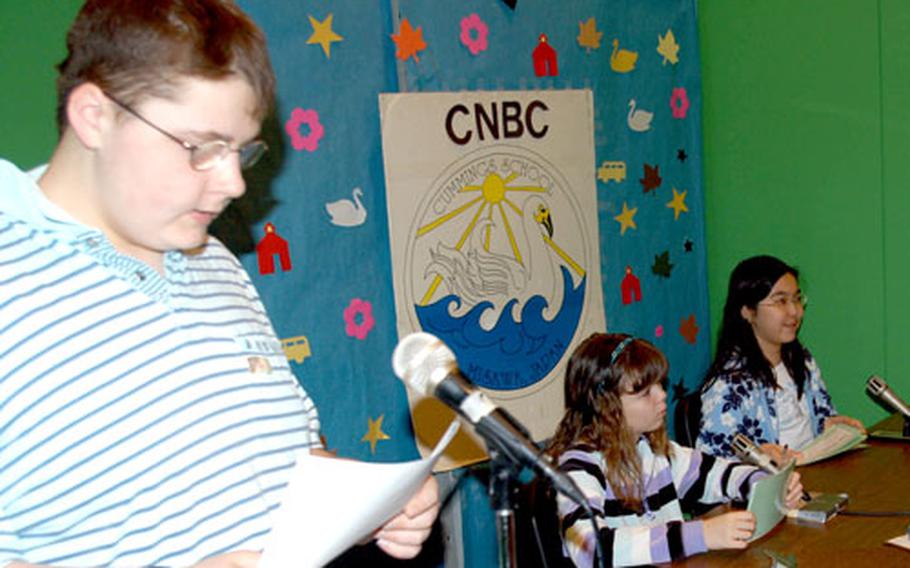 MISAWA AIR BASE, Japan &#8212; Twenty-two Cummings Elementary School fifth-graders are vying for 11 coveted spots. Not for the soccer team or the next school play, but a chance to produce, edit and announce the news &#8212; live.

Three mornings a week, at the second bell, Cummings News Broadcast Channel (&#8220;CNBC&#8221;) airs on the school&#8217;s television sets during homeroom. It&#8217;s believed to be the only live news broadcast, at the primary school level, using an analog feed in Department of Defense Dependents Schools in Japan, if not the entire Pacific, according to educators.

The sixth-grade staff delivers information vital to any young student &#8212; the lunch menu, the day&#8217;s weather, school announcements, and who in the building is celebrating a birthday or moving away. But that&#8217;s only a bare-bones lineup, said educational technologist Jim Moody, who oversees the program. On certain days, the students liven up the broadcast with science trivia, Japanese culture tidbits, animal and place &#8220;of the day&#8221; features, student book reviews and more, sometimes filling up 10 minutes of airtime.

Meaty programs, however, take planning, organization and research, Moody said, and those are some of the most important skills that CNBC fosters.

Though the CNBC group gets to school early and works on future programs during recess, there&#8217;s no extra credit for participation. That doesn&#8217;t seem to matter: This year, Moody said, 22 fifth-graders want to be on next year&#8217;s staff. They&#8217;re working as interns and often cram into the small CNBC studio next to the library to watch the show.

The CNBC staffers like that everyone gets a shot at producing, editing, announcing and working the sound as well as the analog, video and computer feeds for each show. &#8220;It kind of teaches you what you might want to do in the future,&#8221; said sixth-grader Ashley Payne.

Since the show is live, glitches are inevitable: Monday morning one student working behind the scenes didn&#8217;t dash out of the studio fast enough and briefly appeared on camera. Mispronunciations happen, too. Panic in the backroom doesn&#8217;t help either: &#8220;If the producer is ready, everyone else is ready,&#8221; Ashley said.