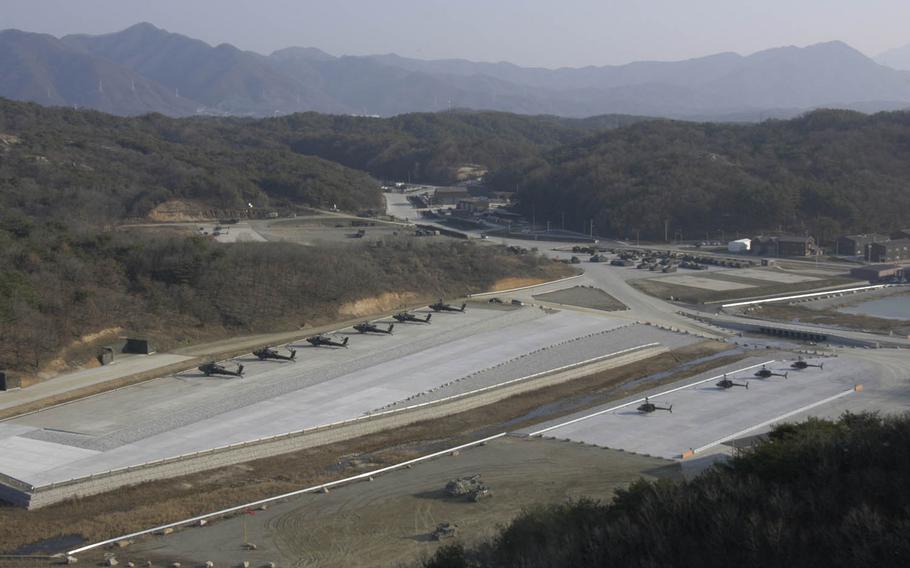 Training resumed Saturday at Rodriguez Live Fire Range in South Korea, though restrictions introduced after a missile went astray last month will remain in place for the time being.

“We will not fire the munition involved in the … incident on [Rodriguez Range] until the joint investigation is completed,” he said.

The safety of Pocheon residents remains a top concern of the command, Patterson said.

“Eighth Army is committed to work with the [South Korean] government to address the concerns of the Pocheon residents,” he said.

However, the readiness of 8th Army units is critical to deterring aggression, and the range provides a unique opportunity to train and prepare its units, Patterson added.

U.S. and South Korean forces have been on alert this week after North Korea conducted its fourth nuclear test on Jan. 6.

In response, South Korea resumed loudspeaker broadcasts of propaganda and pop music across the Demilitarized Zone, and the U.S. sent a Guam-based B-52 bomber capable of carrying nuclear weapons on a low-level flight over South Korea as a show of force.

Rodriguez Live Fire Range is a 3,390-acre complex used year-round by both U.S. and South Korean forces. While most of the surrounding area is rural, nearby residents have long voiced complaints about noise, fires and other incidents.