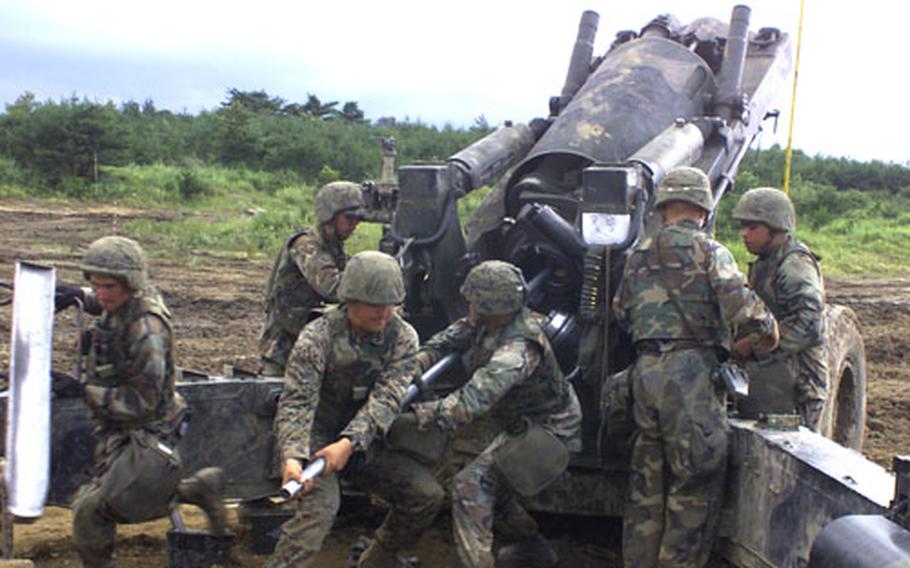 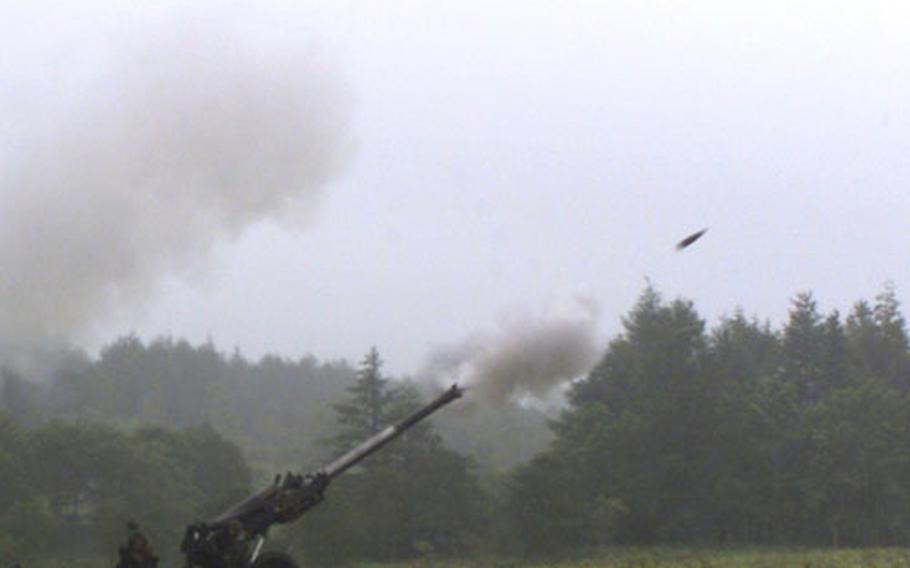 An explosive round flies out of an M198 155mm medium howitzer at the Yausubetsu Maneuvering Area, Hokkaido, Japan. (Courtesy USMC)

(The following correction to this story was posted October 1:A September 29 headline and story about U.S. Marine live-fire artillery exercises in Japan were incorrect. The Japanese government funds artillery relocation and, as a result, U.S. Marines train on Hokkaido.)

More than 420 Marines and sailors with the regiment&#8217;s 3rd Battalion arrived in the Japan Self-Defense Force&#8217;s Yausubetsu Maneuver Area early in September to hone their skills in an environment that allowed them to fire their big guns &#8212; 155 mm medium howitzers.

Live-fire artillery exercises were banned from Okinawa in December 1996 as part of the bilateral Special Action Committee on Okinawa&#8217;s plan to reduce the footprint of U.S. forces there.

In 1997, live-fire training was moved to five areas on the Japanese main islands &#8212; Hijudai on Kyushu, East and North Fuji, Ojojihara in Northern Honshu and Yausubetsu in Hokkaido.

The training was designed to enhance the artillery skills of the members of the battalion, said 1st Lt. Jeffrey B. Harvey, executive officer for the battalion&#8217;s Tango Battery, according to a Marine press release.

The batteries conducted several days of relocation training, followed by four days of individual battery live-fire training, followed by another battalion phase and then a scenario-driven exercise. During the exercise, the artillerymen worked with Marines from the 4th Regiment in simulated combat.

According to Capt. Adolpho Garcia Jr., commanding officer of Alpha Battery, the training gave the Marines opportunities not available to them on Okinawa.

During exercises elsewhere in the Pacific, the battalion is limited to what it can do, he said.