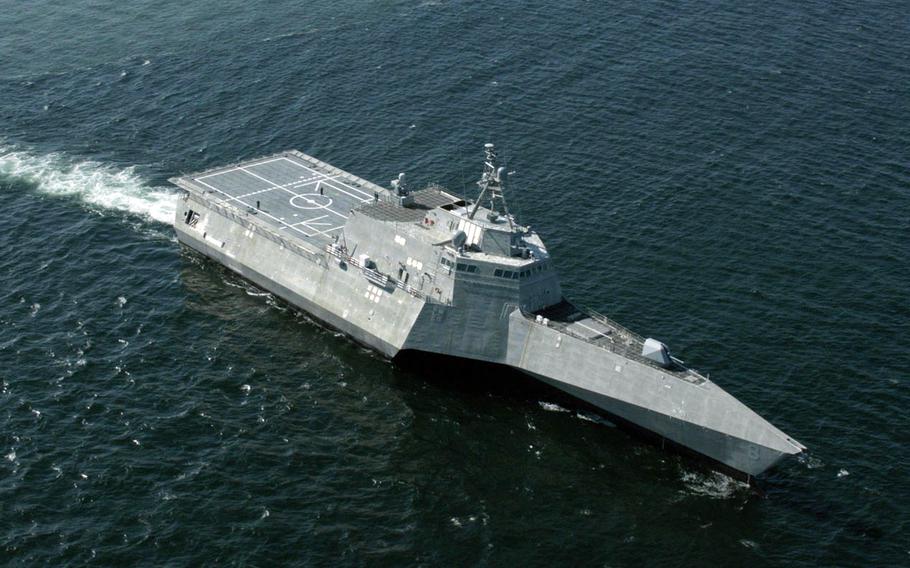 WASHINGTON — The Littoral Combat Ship USS Montgomery suffered an 18-inch crack to its hull as it transited the Panama Canal, the Navy said Thursday.

The new ship hit one of the locks in the canal while under the control of a local Panama Canal pilot, said Lt. Loren Terry, a Navy spokesman. However, the damage was located eight to 10 feet above the water line and the Montgomery was able to continue on its mission.

The Montgomery is the eighth and newest Littoral Combat Ship in the 26-ship fleet. The ship operates on a limited crew of 40, not including any attached aviation squadrons.

Earlier this fall, the ship was also involved in an incident where it was hit by a barge as the two vessels were moving out of the path of Hurricane Matthew.

Terry said there was not an estimate available yet on how much it would cost to repair the Montgomery.