Liston heads back to U.S., says he's ready for Clay 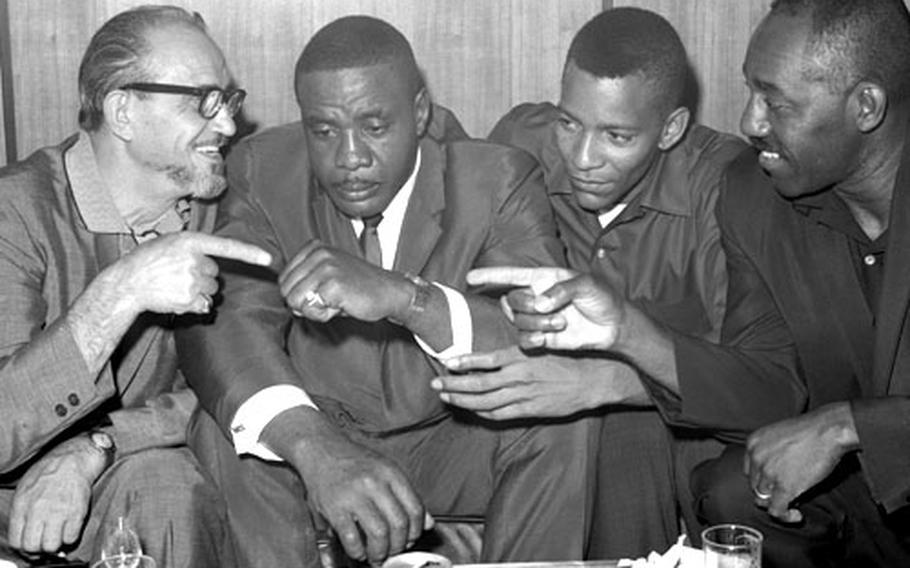 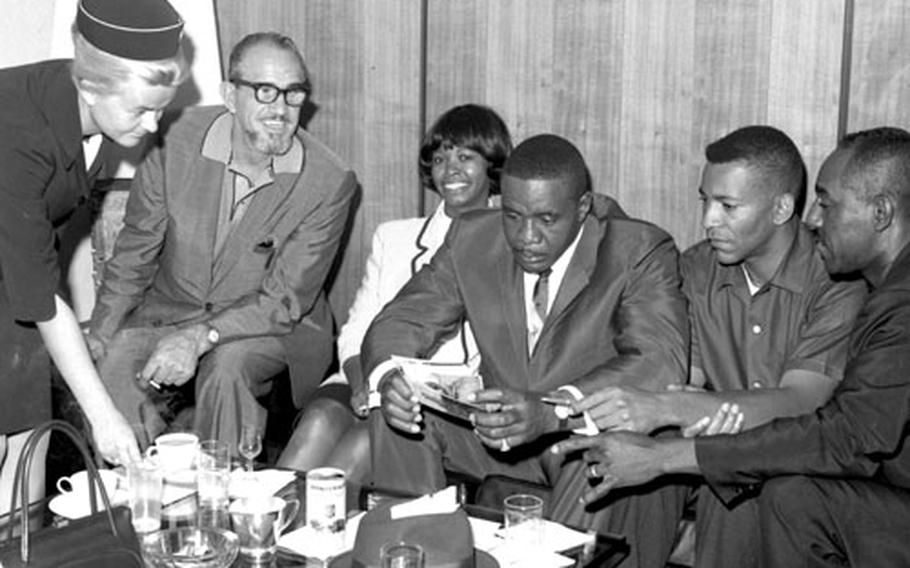 Buy Photo
Sonny Liston and his entourage prepare for the trip home. (Gus Schuettler/Stars and Stripes)

FRANKFURT, Aug. 23 &mdash; Heavyweight Sonny Liston was his usual taciturn self during a stopover at Rhine-Main airport Tuesday afternoon on his way home after having scored knockouts in two impressive European performances.

He did, however. have something to say on the subject that is probably foremost among all of his thoughts. When asked if he was ready for another bout with champion Cassius Clay, his answer was a positive, "Yes I am."

Other queries drew nothing but blanks as the hulking giant's attention appeared to be completely absorbed by an invisible object on the wall opposite the chair in which he sat.

Questioned as to what he thought about Karl Mildenberger's chances against Clay in their forthcoming bout in Frankfurt, Liston replied, "I've never seen him fight." He didn't elaborate on the statement. but it can probably be assumed that he was referring to the German as his glimpses of Cassius in action have been well publicized.

Liston's chief trainer and advisor, Joe Polino of Philadelphia was more communicative than the former champ. According to Polino, Liston's next fight will be against one of the top-30 world-rated heavies.

Liston is under contract with his Swedish promoters, Ingemar Johansson and Bertel Knuttsson, for one more bout. Polino said that a list of four or five of the available top men would be submitted by the promoters and that he would choose the most likely prospect for the fight.

In Liston's two comeback fights for the Swedes he scored a KO over Germany's Gerhard Zech in seven rounds and then knocked out Amos Johnson of the U.S. in the third. Both of these scraps were in Sweden, but Polino pointed out that the third might be held in any other European city.