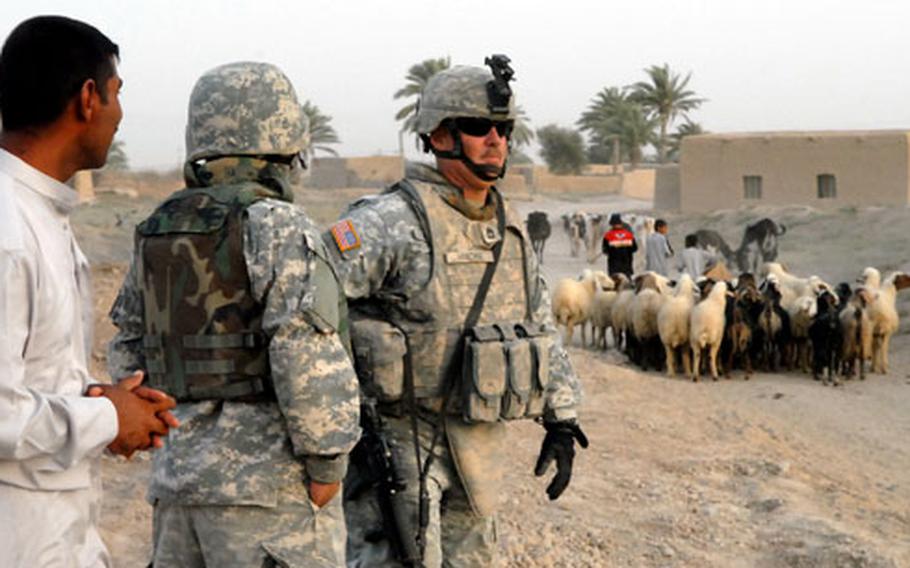 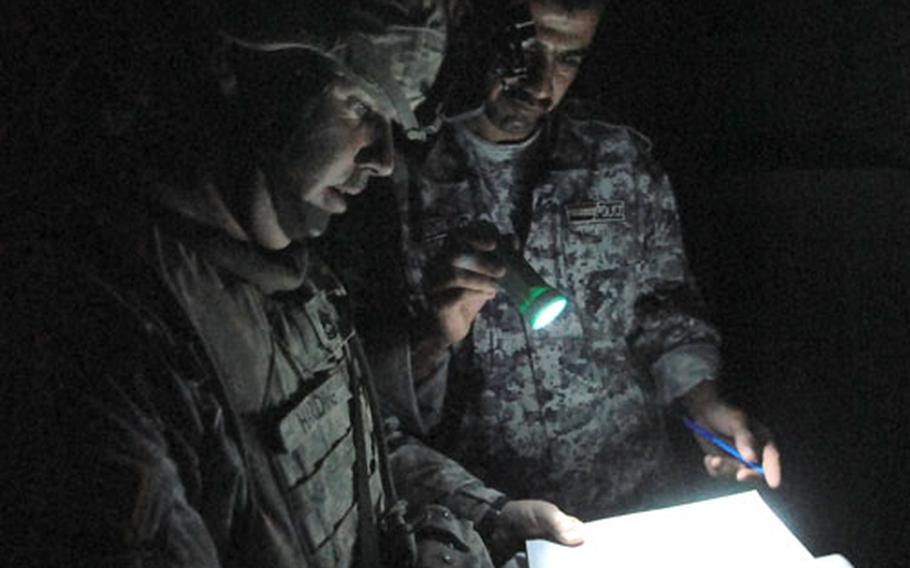 KHARBUL, Iraq &#8212; While much of 2nd Squadron, 3rd Armored Cavalry Regiment is in the southern part of Diyala&#8217;s Balad Ruz district, "Lion Battery" is holding down an adjoining area just north of where the operation is taking place.

Soldiers in the artillery unit are securing areas that their squadron mates and Iraqi army soldiers cleared during an operation this spring called Saber Tempest. The battery first moved into the area about two weeks ago. Its area doubled this week when the squad pulled back two companies to prepare for Saber Pursuit.

Leaders learned the hard way that they must secure the areas they clear. The Americans launched two missions in the south Balad Ruz area previously, but didn&#8217;t leave anyone behind, said Capt. Matthew Shown, the squadron intelligence officer.

Now the artillerymen are living at rough combat outposts near mud hut villages to keep in better touch with local Iraqi police and those who live in the area.

They sleep on cots in buildings without air conditioning, working after the sun goes down and napping during the hottest part of the day like the villagers who are now their neighbors.

The soldiers spend their time ensuring that "Sons of Iraq" checkpoints are up to standard and manning their own temporary checkpoints on the favorite routes of enemy fighters.

"They have to see us out here all the time."

That&#8217;s fine for the villagers of Kharbul, a village next to the base where Harding&#8217;s soldiers were staying last week.

During a walk through dirt streets crowded with playing children, villagers described how just a few months ago they had to stay inside for fear of their lives.

"We want the coalition forces to make it fully safe here," said Mahood Abed Ghafor, a Kharbul farmer and the village&#8217;s moktar, or government official. "We want to completely finish off the bad guys. Right now the bad guys are scared of the sound of the helicopters."

Because of the ongoing operation, the artillery soldiers have huge swathes of territory to cover and will be relying on their Iraqi police counterparts for much of the manpower.

But the Americans have learned the importance of securing the villages.

When soldiers conclude their most recent operation, they&#8217;ll be leaving behind Iraqi army soldiers to make sure they don&#8217;t have to go back there again.